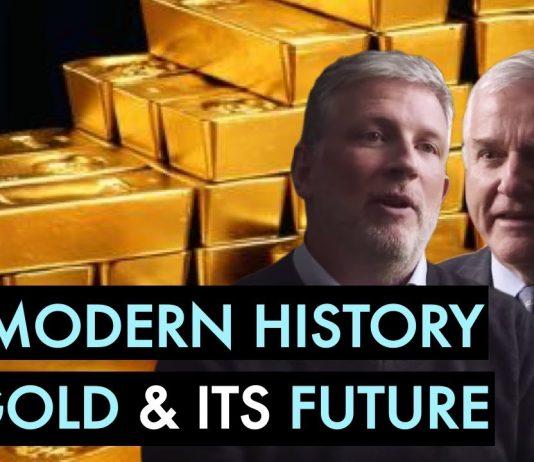 The Gold Play is On with John Rubino

Demand for Physical Gold Up, Supply Down in First Half of 2017 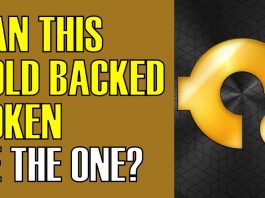 Why Would I Want a Gold Backed Token?

JACKSON HOLE MEETING THIS FRIDAY AND THUS A REASON TO WHACK THE PRECIOUS METALS: GOLD DOWN $11.20 TO $1502.00//SILVER DOWN 21 CENTS TO $16.96//MORE PROTESTS THIS WEEKEND IN HONG KONG//INVESTORS ARE TAKING THEIR CASH OUT OF HONG KONG//CASS FREIGHT INDEX DOWN FOR 8TH STRAIGHT MONTH//IRANIAN OIL CARGO SHIP SET FREE IN GIBRALTAR//MORE EPSTEIN STORIES FOR YOU TONIGHT AS WELL AS OTHER SWAMP STORIES

END_OF_DOCUMENT_TOKEN_TO_BE_REPLACED

GATA Chairman Bill Murphy and your secretary/treasurer emphasized the refusal of the U.S. Treasury…

Interviewed by Chris Marcus of Arcadia Economics as the New Orleans Investment Conference drew to a close, GATA Chairman Bill Murphy and your secretary/treasurer emphasized the refusal of the U.S. Treasury, Federal Reserve, and Commodity Futures Trading Commission to answer specific questions about the government’s surreptitious intervention in the markets.

END_OF_DOCUMENT_TOKEN_TO_BE_REPLACED

Where is the Russian Federation’s Gold Stored? In the current environment of weaponised Western sanctions against Russia, and the critical importance of monetary gold reserves as Russia’s ultimate asset, a timely question to ask is where Russia’s gold reserves are actually stored.

The location of Russia’s gold reserves is especially intriguing given the ongoing freeze of Russia’s foreign exchange reserves – dollar, euro, pound – by Western powers, and the fact that there is a US Congress Bill being introduced by some senators in Washington DC to try to ‘freeze’ Russia’s gold.

END_OF_DOCUMENT_TOKEN_TO_BE_REPLACED

NASDAQ UP 361 POINTS/GOLD UP 15 CENTS TO $1269.95 WITH SILVER THE STANDOUT RISING BY 27 CENTS TO $15.04/IN ACCESS MARKET: GOLD DOWN TO 1266.50 BUT SILVER REMAINS CONSTANT..ALL OF THIS WAS DONE IN A VERY ILLIQUID MARKET/A VERY ABYSMAL 5 YR TREASURY AUCTION WHICH ATTRACTED MUCH FEWER BIDS AND A HIGHER TAIL IN YIELDS

END_OF_DOCUMENT_TOKEN_TO_BE_REPLACED

Gold & Silver WW2.1 Bounce? (Or, Dropping The Next Narrative Bomb)

Why haven’t traders and investors bought the Thermo-Nuclear End Of The World?

(by Half Dollar) A funny thing happens when you can’t talk about something.

Suffice it to say, this article will be short.

Thankfully, however, gold & silver have been telling us all that we really need to know when it comes to geo-politics:

END_OF_DOCUMENT_TOKEN_TO_BE_REPLACED

The year 2018 was a memorable year of great transitions. They involved changes in the political arena. They saw enormous changes in the debt picture, for both the USGovt and the major Western corporations. They saw a struggle to terminate the QE bond monetization, laced with hyper-inflation. They offered staggering damage to California, whose effects are easily 100 times greater than the World Trade Center fallout. They offered resistance to the US-led bully tactics, in slapping sanctions even on the US allies, a forecast by the Jackass two years ago. The globalist cabal agenda has been dealt a powerful damaging blow, perhaps lethal, during a year of great exposure for their criminality. The transitions offered a complete shift away from the perception of USMilitary full spectrum dominance. But the most important changes have come in the finance & economic sectors. The Gold Standard has seen a paved road for its implementation, arrival, and acceptance. The road can be identified for its several major constructed arteries. The pathways are built by the Eastern nations, which will continue to champion the financial reform, and thus wrest global control from New York and London. History is being made. It will still take time, but the momentum is gathering in a notable and convincing manner. The common theme of all the leading factors is the movement away from the USDollar, a theme so popular and widespread that it has been given a name, de-Dollarization. In the next year, even the compromised corrupted Wall Street bank community will openly discuss that Gold must be the solution to the unresolved crisis.

END_OF_DOCUMENT_TOKEN_TO_BE_REPLACED

Something BIG Going On In Russia RIGHT NOW: Imminent Launch Of The Russian Silver Rouble?

This was going to be about “helicopter money” because a ton of precious metal literally fell out of a Russian plane. But now its way more than that…

While it has been known that China and Russia are relentlessly stacking gold, a recent turn of events point to something big going on under the surface with silver.

First the background (and the first “1” in our mathematical equation):