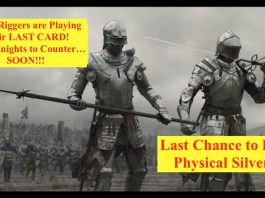 TURKEY IN SERIOUS FINANCIAL TROUBLE AS RESERVE CURRENCY PLUMMETS: THEY RAISE RATES TO STEM THE FALL IN THE LIRA 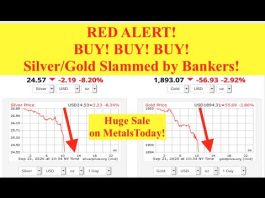 Acting as Fed’s agent, JP Morgan is buying all silver to save Comex 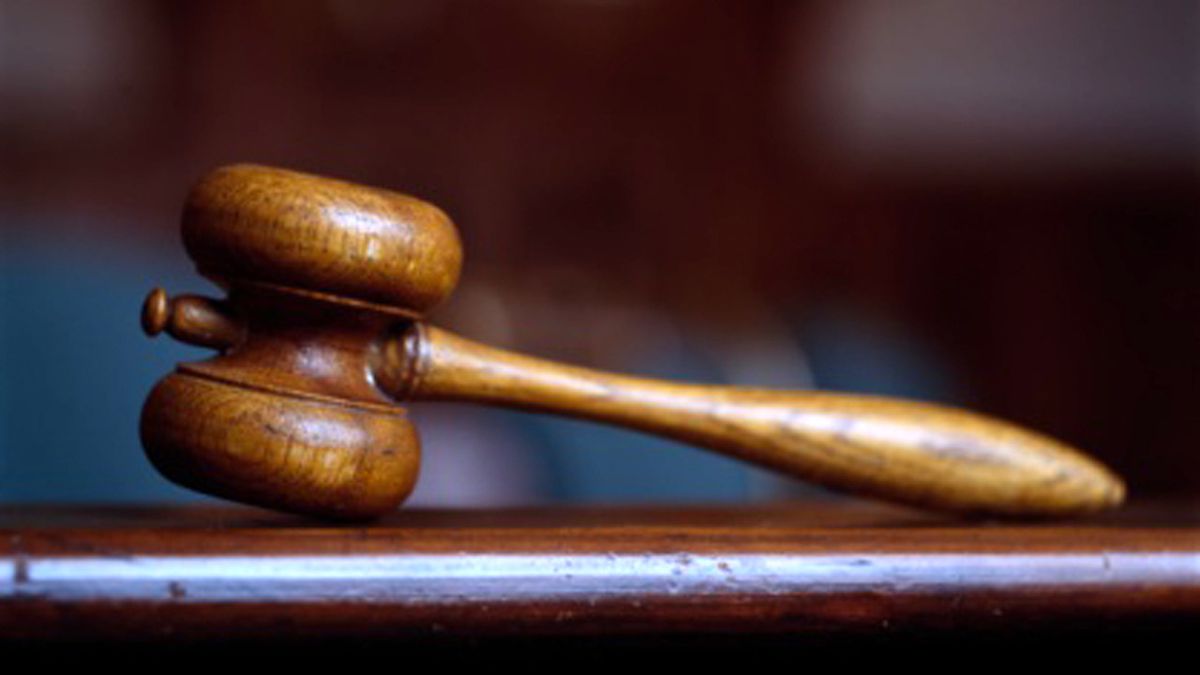 ‘Beginning in at least May 2008 and continuing through at least July 2013 (the “Relevant Period”), Defendants James Vorley (“Vorley”) and Cedric Chanu (“Chanu”) engaged in a manipulative and deceptive scheme (the “Scheme”) while placing orders and trading in the precious metals futures markets on a registered entity.’

So begins the civil enforcement action filed by the Commodity Futures Trading Commission (CFTC) on 26 January 2018 against two former Deutsche Bank precious metals traders James Vorley and Cedric Chanu. During their trading careers at Deutsche, Vorley was employed by Deutsche Bank in London and Chanu by Deutsche Bank in Singapore.

END_OF_DOCUMENT_TOKEN_TO_BE_REPLACED

It has been a couple of months since we’ve spoken with Andy and there have been all sorts of interesting developments over the intervening weeks. So please carve out some time to give this podcast a listen as Andy had some very interesting things to share when we spoke earlier today.

So what will you hear over the course of these forty minutes?

END_OF_DOCUMENT_TOKEN_TO_BE_REPLACED

Deutsche Bank Gold Manipulator: “Spoofing Was So Commonplace I Figured It Was OK” 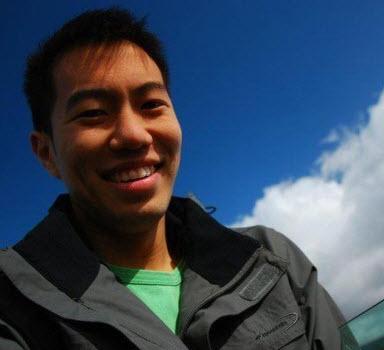 We first brought you the fascinating story of Deutsche Bank’s gold spoofer David Liew back in June 2017, when we revealed that the former precious metals-trader turned government star informant was responsible for busting a massive ring of gold manipulators that resulted in numerous arrests and multi-million penalties paid by banks including Deutsche Bank, UBS and HSBC. For those who need a refresher read “Deutsche Bank Trader Admits To Rigging Precious Metals Markets” in which we showed such internal chat board excerpts as the following:

END_OF_DOCUMENT_TOKEN_TO_BE_REPLACED

SMALL RAID TODAY IN PREPARATION FOR TOMORROW’S FOMC MEETING: GOLD UP 90 CENTS TO $1957.35//SILVER UP 11 CENTS TO $27.25//GOLD STANDING AT THE COMEX: 13.11 TONNES//CORONAVIRUS UPDATES// CHINA VS USA AND UPDATE ON TIK TOK//BIPARTISAN HOUSE COMMITTEE HAMMER OUT A 1.52 TRILLION SPENDING DEAL: GREAT FOR GOLD AND SILVER//SWAMP STORIES FOR YOU TONIGHT

END_OF_DOCUMENT_TOKEN_TO_BE_REPLACED

“The Beginning of the Year Created A Problem” | Andy Schectman 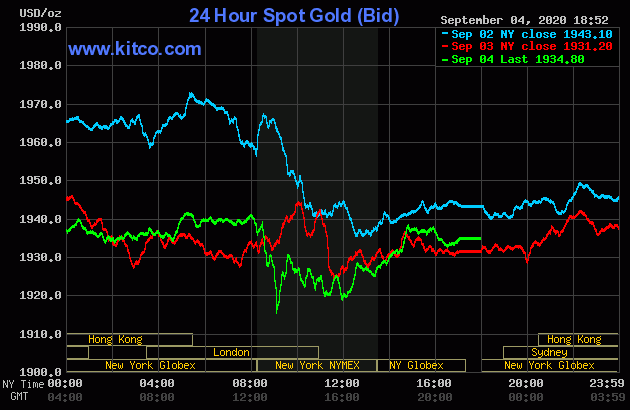 The gold price rallied to its high of the day at the 10:15 a.m. morning gold fix in Shanghai on their Friday — and then didn’t all that much until 1 p.m. BST in London/8 a.m. in New York.  It was sold lower from there, with the low tick coming shortly after 9 a.m. in New York — and although it rallied a bit from there, it then continued lower until noon EDT.  A rather spirited rally commenced at that juncture, but that was capped and turned quietly lower starting around 2:45 p.m. in after-hours trading — and it didn’t do much of anything after that.

END_OF_DOCUMENT_TOKEN_TO_BE_REPLACED

HUGE OUTSIDE DAY REVERSAL IN GOLD AND SILVER TOTALLY UPSETTING OUR BELEAGUERED BANKER CROOKS/// GOLD UP $8.20 TO $1927.40//SILVER UP 27 CENTS TO $26.84//HUGE INCREASE IN GOLD TONNAGE STANDING AT THE COMEX: TO 11 TONNES//CORONAVIRUS UPDATES SAT-TUESDAY/ CHINA VS USA//TURKEY VS GREECE ET AL//USA SENDS TROOPS TO LITHUANIA// INDIA VS CHINA//DOW TUMBLES 632 POINTS//NASDAQ DOWN 465 POINTS//RIOTING IN MAJOR USA CENTRES CONTINUE//MAJOR SWAMP STORIES FOR YOU TONIGHT

END_OF_DOCUMENT_TOKEN_TO_BE_REPLACED

BIG VICTORY OUR US GOLD BUGS AS OUR BANKER FRIENDS COULD NOT COVER MUCH OF THEIR BANKING SHORTFALL ON THIS 3RD CONSECUTIVE DAY OF RAIDS: GOLD DOWN $3.80 TO $1927.40//SILVER DOWN 15 CENTS TO $26.57//ALMOST 10 TONNES OF GOLD STANDING FOR SEPT IN GOLD AND 52.710 MILLION OZ FOR SILVER//ANDREW MAGUIRE PART II A MUST VIEW..//CHINA VS USA//TURKEY VS GREECE/CORONAVIRUS UPDATE//PHONY JOBS REPORT//USA ECONOMIC HARDSHIP STORIES FOR YOU TONIGHT//SWAMP STORIES

END_OF_DOCUMENT_TOKEN_TO_BE_REPLACED

OHIO FIREFIGHTER AND POLICE PENSION FUNDS WILL NOW INCLUDE 5% GOLD

GOLD UP $5.90 TO $1965.60//SILVER UP 80 CENTS (EX LONDON)//INITIAL SILVER OZ STANDING FOR SEPT: 52 MILLION OZ//A VERY STRONG 9.5 TONNES OF GOLD STANDING AT THE GOLD COMEX FOR SEPT/CHINA VS USA ESCALATION//CORONAVIRUS UPDATES SAT, SUN AND TODAY//OHIO FIREFIGHTER AND POLICE PENSION FUNDS WILL NOW INCLUDE 5% GOLD///RIOTING CONTINUES IN MAJOR USA CITIES: CHICAGO/KENOSHA, ETC//BIDEN EXITS HIS BUNKER AND ATTACKS TRUMP FOR THE RIOTS///MORE SWAMP STORIES FOR YOU TONIGHT

END_OF_DOCUMENT_TOKEN_TO_BE_REPLACED

GOLD AND SILVER HAD A STELLAR DAY AS OTC OPTIONS EXPIRE// GOLD UP $38.20 TO $1965.60//SILVER UP $.48 TO $27.48//GOLD TONNAGE STANDING AT THE COMEX: 152.5 TONNES/WE MIGHT GET 50 MILLION OZ OF SILVER STANDING FOR SEPT//CHINA VS USA/ABE RESIGNED FROM OFFICE IN JAPAN/ CORONAVIRUS UPDATES GLOBE//MANY USA STORIES FOR YOU TONIGHT//SWAMP STORIES AS WELL