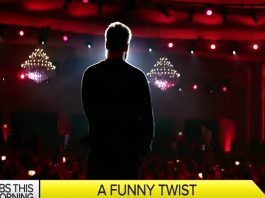 This Video Exposes Everything We Know!

BIG SOLUTION: Well-Established Patriot Shop with Over 450 USA-Made Products with no Poisonous Chemicals, No Debt, and No Buyout – Ditch Big Box Stores... 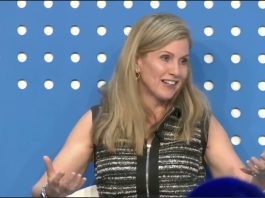 Ep. 1732 The Subversion Is Now Out In The Open – The Dan Bongino Show

Ron Paul on Anarchy, Running for President, the Federal Reserve and Bitcoin 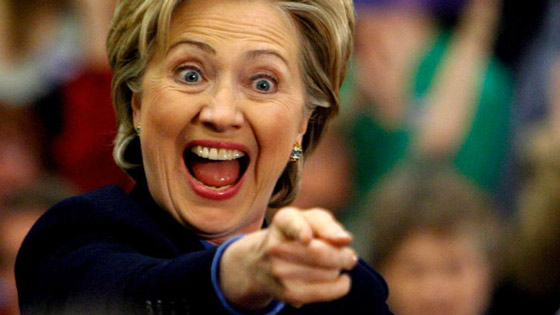 The State Department has said there are “multiple security incidents” concerning Hillary Clinton’s email scandal, which the mainstream media continues to sweep under the rug.  On  Monday, the State Department revealed that it has identified “multiple security incidents” involving current or former employees’ handling of Hillary Clinton’s emails and that 23 “violations” and seven “infractions” have been issued as part of the department’s ongoing investigation.

END_OF_DOCUMENT_TOKEN_TO_BE_REPLACED 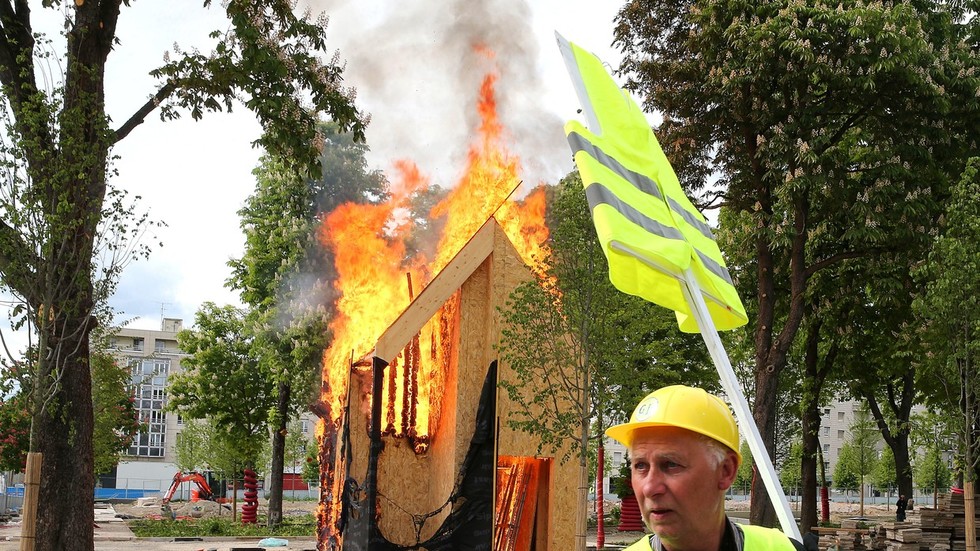 Scuffles between police and protesters broke out in France’s Reims as the Yellow Vest movement rallied on its 27th weekend in a row. The six-month anniversary demonstrations were peaceful in Paris and other cities.

Some 15,500 demonstrators have rallied across France, according to figures from the Interior Ministry. While the organizers claim the figure is just over 40,000 participants, it’s still no match to the numbers the movement attracted when it started in November last year.

END_OF_DOCUMENT_TOKEN_TO_BE_REPLACED

Under pressure applied by both Hillary Clinton and Barack Obama, the European Union is working to expand online censorship to an extreme Orwellian level, as well as strictly regulate speech during what authorities deem to be times of crisis (we always seem to be in the middle of a “crisis”), and remove online anonymity by forcing the public to have a digital identity.

But these plans aren’t unique to the EU. They are also currently being rolled out in the UK and Africa, proving Governments worldwide are working in lockstep to bring in a digital identity and social credit system right under your nose.

END_OF_DOCUMENT_TOKEN_TO_BE_REPLACED

SCALISE WARNS: ‘SOME ON THE LEFT’ ARE ‘INCITING’ VIOLENCE 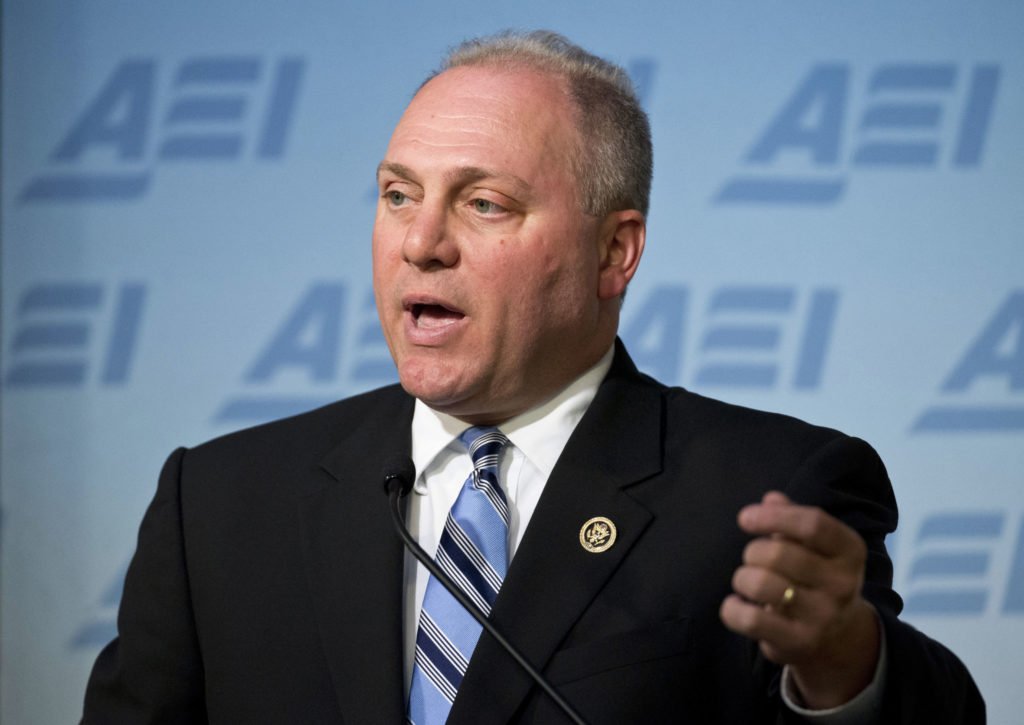 The political left needs to do a better job of policing its members who are “inciting” violence, according to House Minority Whip Steve Scalise, who narrowly survived a politically-motivated mass assassination attempt in July 2017.

Noting recent instances of violence against Republicans, Scalise said that “some on the left are inciting this violence and frankly they should be called out on it.” He added that some Democrats are “almost encouraging” political violence.

The Louisiana Republican made the comments on an episode of Republican Wisconsin Rep. Sean Duffy’s podcast, Plaidcast, which aired on Friday.

END_OF_DOCUMENT_TOKEN_TO_BE_REPLACED

Top US Specialist on International Law: With Assange, ‘Torture’ Is Accurate 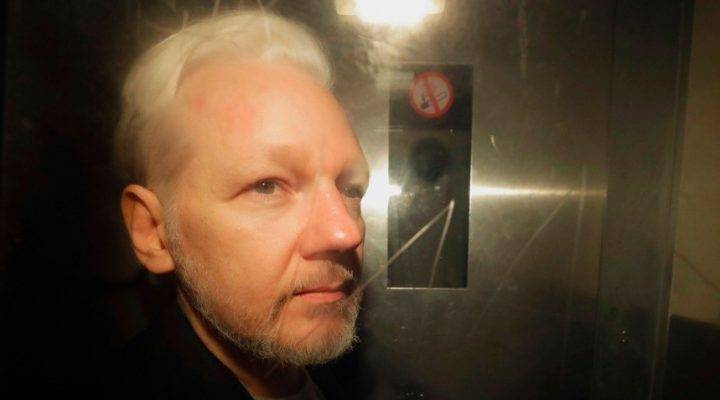 END_OF_DOCUMENT_TOKEN_TO_BE_REPLACED

The market’s last hope is faltering… 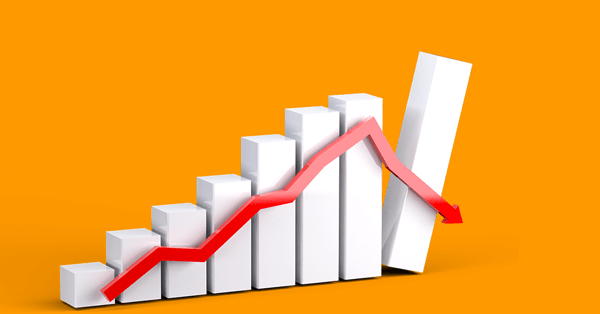 By July of last year, just three stocks (Amazon, Netflix and Microsoft) were responsible for 71% of the S&P 500’s returns.

Through the third quarter, tech stocks were responsible for 95% of the S&P’s gains.

Amazon alone was responsible for about one-third of the index’s move.

And we long warned about the follies of blindly investing your capital into these incredibly popular and often overvalued firms (we also advised you to start raising cash).

END_OF_DOCUMENT_TOKEN_TO_BE_REPLACED

Before the latest globalist brain fart from the Biden regime even went into effect, the puppets of said regime are already on the offensive on those who were thinking of potentially circumventing medical tyranny and retaining their medical freedom. And as the child-sniffer-in-chief already made clear, American freedoms are to feature less and less prominently if he and his handlers are to get their way.

According to The Epoch Times, the puppet in question is one of the usual suspects. In a comment made to CNN on Sunday, U.S. Surgeon General Vivek Murthy informed the objective and unbiased news outlet that the Biden regime will “monitor” the awarding of vaccine exemptions in an effort to curtail what they perceive to be potential abuses of their edicts, which millions of Americans would generally classify as “fighting back”.

END_OF_DOCUMENT_TOKEN_TO_BE_REPLACED

An excerpt from a soon to be released book, “A Very Stable Genius” (which appeared in Saturday’s edition of the Washington Post) apparently was written with the intent of presenting Donald Trump as a crazed, unstable individual. The authors of this hit job (two Washington Post reporters) clearly relied on Rex Tillerson, Gary Cohn and Jim Mattis as primary sources. But rather than expose Trump as mentally unfit to be President, the authors unwittingly expose their own extreme bias and highlight how the men Trump named to key positions in his administration–Tillerson at State, Cohn at the White House and Mattis at DOD–tried to undermine the President and drug their feet in carrying out Trump’s directives. These men, in my view, are bureaucratic cowards. They should have resigned if they felt so strongly about Trump’s violations. But they wanted to hang on to their little pieces of turf.