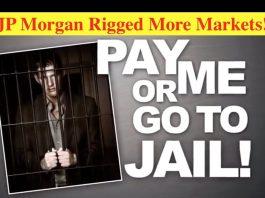 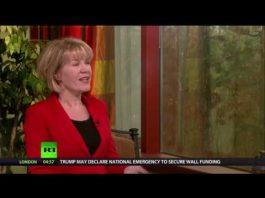 In the second half, Max talks to Alasdair Macleod of Goldmoney.com about ‘plans for global dystopia,’ and why and how it is that policy planners are prepping for a post-fiat world.

ITALY GIVES AN ULTIMATUM TO THE ECB TO LOWER THE SPREADS BETWEEN ITALIAN BONDS AND GERMAN BUNDS: GOOD LUCK TO THEM/BIG STORY OF THE DAY: HUGE CONTAGION FOLLOWING THE HUGE DROP IN THE TURKISH LIRA: THREAT OF CAPITAL CONTROLS WOULD WIPE OUT ALMOST 500 BILLION USA (AND EQUIVALENT) DEBT/EMERGING NATIONS CURRENCIES CLOBBERED TODAY INCLUDING THE SOUTH AFRICAN RAND AND THE ARGENTINIAN PESO/PETER STRZOK FIRED/MORE SWAMP STORIES FOR YOU TONIGHT

END_OF_DOCUMENT_TOKEN_TO_BE_REPLACED

The Federal Reserve would like to continue “normalizing” interest rates. But the most recent economic data simply does not justify it.

Second, the September employment report came out the Friday before last. A Reuters survey of economists had expected the economy to add 90,000 jobs in September.

How many did it really add?

Not zero, but less than zero. The economy shed 33,000 jobs last month. This was the first time in seven years that the U.S. economy lost jobs.

Now, that may be partly due to the recent hurricanes that struck Texas and Florida. But coming on top of the weak inflation data that also came out, it will certainly give the Fed more than enough reason to hit the “pause” button on a December rate hike.

Once the market wakes up to the real state of play, probably in late November or early December, the current trends will suddenly reverse. You’ll see the dollar down and gold, euros and bond prices up.

On that score, one of the largest and most conservative wealth managers in the world, Pictet Group, based in Geneva, Switzerland, offers a very constructive view on gold.

Pictet’s strategist, Luc Luyet, says that the Fed will be on hold for the rest of 2017 and most of 2018 because of U.S. disinflation and the failure of President Trump to deliver on his growth agenda. I agree.

With the Fed in easing mode, the dollar will weaken and the dollar price of gold will remain strong. This is a fundamental case for gold that does not take into account other positive vectors such as geopolitical shocks from North Korea or outright assaults on the dollar from Russia and China (see below for more on these).

When a conservative institution like Pictet Group has a kind word for gold, you know the rest of the institutional world will not be far behind.

This all makes the next few weeks an excellent entry point for gold and gold mining stocks. You have a chance to take advantage of weakness and position ahead of the rally to come when reality sets in.

Another tailwind for gold is the continuing nuclear standoff with North Korea, as I hinted at above.

There is no doubt that North Korea and the U.S. are on a collision course and headed for war unless North Korea relents, which seems unlikely, or the U.S. acquiesces to North Korean possession of nuclear weapons, which is also unlikely.

At this point, it’s almost certainly too late for negotiation or diplomacy.

The U.S. only has two choices now. The first is to do nothing and learn to live with nuclear blackmail from North Korea. As I said, that is unlikely. The second option is to attack, probably within the next six months, to destroy the Kim regime and its weapons programs.

Trump will go for the attack option.

Audioblog #201-Ding Dong, The Fed-And With It, The Precious Metal “Bear Market”-Is Dead

For 27 years the staff at Miles Franklin has delivered excellence in many ways – knowledge, relationships, product offers and customer service. They understand the macro/micro economics and geo–political advantages to investing in precious metals to protect your wealth. The team at Miles Franklin build life-long relationships because they custom-tailor solutions for investing in precious metals to meet each individual’s needs and circumstances. Our brokers have or can acquire most any type of precious metal from anywhere in the world. Each and every order is managed and monitored from start to finish. We are licensed, bonded, and carry an A+ BBB rating.

They Actually ADMITTED There’s No Money in Curing People

END_OF_DOCUMENT_TOKEN_TO_BE_REPLACED

Gold Price is a Tool of Misdirection with Andy Schectman

Andy Schectman has been working 20 hours a day. That’s how intense the demand is for precious metals. Last month every bullion deal shut down due to a major dump of metals contracts into the market. Physical metal is being drained from the SLV and the Comex. Same with the London Metals Exchange. Price is misdirecting the public as the powers that be use the opportunity to drain the metal out.

END_OF_DOCUMENT_TOKEN_TO_BE_REPLACED

Finito On The Covid Nonsense

I’m tired of repeating myself.

The answers to Covid exist.

We know this because it’s been figured out.

I pointed it out in March and I’m tired of tilting at windmills.

So here it is, one last time.

END_OF_DOCUMENT_TOKEN_TO_BE_REPLACED

Get ready to hear the phrase “Lock Limit Up” in gold & silver. Here’s why…

END_OF_DOCUMENT_TOKEN_TO_BE_REPLACED

TRUMP DISCLOSES THAT HE MAY INITIATE A 3RD ROUND OF TARIFFS AGAINST CHINA/DEMAND FOR APPLE PHONES INSIDE CHINA SEEMS TO BE SLUMPING BADLY/MERKEL SUFFERS A BIG DEFEAT IN BAVARIAN ELECTIONS/SAUDI ARABIA WILL ADMIT THAT THE KILLING OF KHASHOGGI WAS INADVERTENT: A BOTCHED UP INTERROGATION/MORE SWAMP STORIES FOR YOU TONIGHT