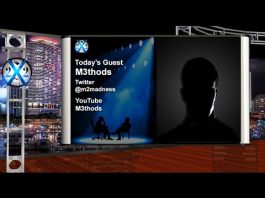 The Patriots Are Now Exposing The [DS] To The Entire World:M3thods

There Is No Exit: Let’s Just Accept The Fact That The Fed Will Not Be Reducing Its Balance Sheet

Acting as Fed’s agent, JP Morgan is buying all silver to save Comex 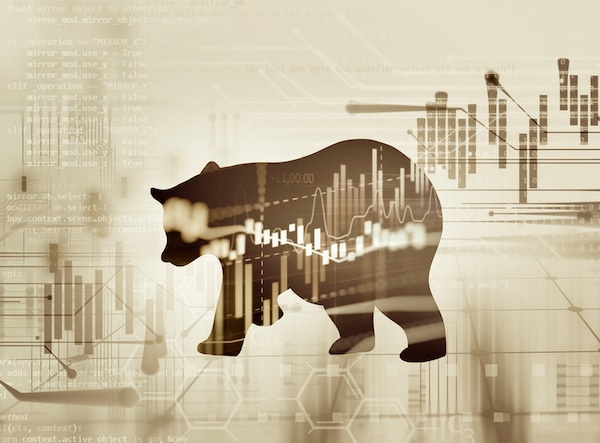 If you didn’t think the $70 trillion global bond market was a train-wreck waiting to happen, surely last week’s yield surge was a wake up call. From the 2.15% close one week earlier, the 10-year yield soared to a peak of 2.50% just after mid-day last Friday; and that 36 basis point gain was, in turn, the culmination of a stunning 200 basis point rise from the cyclical low point (0.51%) recorded during July 2020.

END_OF_DOCUMENT_TOKEN_TO_BE_REPLACED

Fearing Contagion, Russia Bails Out Bondholders in its Biggest Bank Collapse Yet

“The panicky mood has been dampened down,” as other banks are rumored to be teetering.

True to the playbook of bank bailouts, the Central Bank of Russia (CBR) decided to bail out Bank Otkritie Financial Corporation, the largest privately owned bank in the country, and the seventh largest bank behind six state-owned banks.

Otkritie and its businesses would operate as usual, the Central Bank said. The banks obligations to creditors and bondholders, which include other Russian banks, would be honored to avoid contagion.

The controlling shareholder of Otkritie bank is Otkritie Holding, with a 65{5f621241b214ad2ec6cd4f506191303eb2f57539ef282de243c880c2b328a528} stake. The bank had grown by wild acquisitions, grabbing other banks, insurers, non-pension funds, and the diamond business of Russia’s second largest oil producer Lukoil. Otkritie Holding is owned by executives of Lukoil, state-owned VTB bank, Otkritie, and other companies. So clearly, this bank is too big to fail.

Lukoil is also one of Otkritie’s largest clients. So Lukoil CEO Vagit Alekperov said in a statement that he saw no risks for Lukoil associated with the bail out, and that Lukoil supported the Central Bank’s decision.

In July, according to Reuters, Kremlin-backed rating agency ACRA downgraded Otkritie to a BBB- rating, citing the “low quality of its loan portfolio.”

Since 2013, the Central Bank, which is also the banking regulator, has shut down over 300 Russian banks, trying to clean up the banking sector. In July, it revoked the banking licence of Yugra (or Jugra) Bank, stating that it had falsified its accounts.

On August 18, Fitch Ratings warned about Russian banks in general and about Otkritie in particular:

A flight to quality triggered by depositors’ concerns following the withdrawal of Jugra Bank’s licence could intensify as the clean-up of Russia’s banking sector continues, Fitch Ratings says. This would put some weaker privately owned banks’ liquidity at risk.

The clean-up is likely to highlight further problem banks, adding to concerns about weak solvency positions at certain private lenders and uncertainty about how the Central Bank of Russia (CBR) may address these issues.

Otkritie, B&N Bank, Promsvyazbank and Credit Bank of Moscow (CBOM, BB-/Stable) are among the banks that have been subject to Russian media speculation in recent weeks, regarding the liquidity position of some and the potential knock-on effect on others.

The run on deposits was in full swing, and the bank was in collapse mode. In June and July, according to Moody’s, Otkritie’s depositors yanked out 435 billion rubles ($7.4 billion), or 18{5f621241b214ad2ec6cd4f506191303eb2f57539ef282de243c880c2b328a528} of the bank’s total liabilities. According to the Central Bank, between July 3 and August 24, corporate clients yanked out 389 billion rubles, and retail clients yanked out 139 billion. Where were they putting their rubles? State-owned banks and precious metals? In early July, the gold price started taking off.

Reuters notes that ruble liquidity “in the Russian interbank market rose unexpectedly this month as the banking sector started borrowing more from the central bank, seen as a symptom of deteriorating trust in the interbank lending market.”

The Central Bank’s first deputy chairman, Dmitry Tulin, told reporters that Otkritie’s expansion “was financed via borrowing and key risks were taken. The bank’s operations are connected to high risks and need to be seriously changed.”

The CBR will now assess Otkritie’s loan loss provisions and capital, which could take three months. If the capital is “deemed to be in the red,” as Reuters put it, Otkritie shareholders would lose all their ownership rights.

“The capital disclosed in (the previous) reports seems to have been significantly higher than in reality,” Tulin said. “At a certain point, the bank owners realized they couldn’t solve the issue with capital on their own and turned to the central bank with a proposal to start discussing financial rehabilitation measures.”

“Everyone is breathing a sigh of relief,” Maxim Ryabov, a trader with Russian brokerage BCS, told the Irish Times. “The panicky mood has been dampened down.”

But “the overall situation and the central bank’s action raises questions about the quality of the central bank’s supervision of one of Russia’s largest systemically important lenders,” lamented Dmitry Polevoy, chief economist at ING Bank in Moscow.

ARE AUSTIN OFFICIALS PLAYING QUESTIONABLE NUMBER GAMES TO KEEP THE CITY SHUT DOWN? 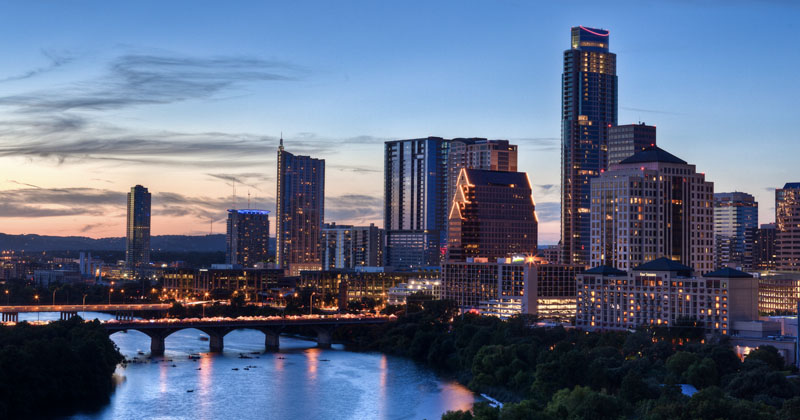 Local officials are using questionable information—and changing their own rules—to keep the city shut down, prohibiting countless Austinites from making a living

END_OF_DOCUMENT_TOKEN_TO_BE_REPLACED

With the state of Virginia braced for an ‘alt-right’ rally and massive counter protests which has led the state to put the national guard on standby while a ‘state of emergency’ has already been declared just the latest signs that America is at the boiling point, and ready to boil over, we take a look within this story at some of the latest signs that our nation is intentionally being pushed towards chaos.

With the ‘purple revolution’ of George Soros, Barack Obama, Hillary Clinton and the rest of the America-hating deep state alive and well and in full swing according to this new story from the Investment Watch Blog, a story which warns of either the ‘deep state’ attempting to ‘JFK’ President Trump or push our country into a destructive civil war, the chaos in Virginia has even gotten a response from President Trump who has condemned the violence taking place there.

And while standing strongly against ‘white supremacy’ here at ANP, we find it very interesting that the mainstream media is attempting to label those who hold that view as being ‘alt right’, as if they want Americans to believe that anyone who supports President Trump also holds the same views as those who stand for white supremacy. As William B. Stoecker recently reported in a story here on ANP, Americans need to pay attention to the ‘leftist newspeak’ we’re now witnessing that clearly is part of the globalists ‘orwellian agenda’.

Further proving the msm’s and ‘deep states’ attempts to divide this country in any way that they possibly can, it’s long been warned that a house divided against itself cannot stand and it’s clear to us that the quickest way that the globalists can complete their ‘takedown’ of America is to get us fighting amongst ourselves. Age old wisdom divide and conquer.

We also look at several new and recent videos which help to prove that America is moving ever closer to a ‘breaking point’, starting with this first video below called “When Triggered Antifa SJW’s ATTACK!”

Beginning as if a comedic scene out of a Monty Python movie, triggered Antifa SJW’s launch a ‘blistering’ attack upon a group of free speech demonstrators, an attack that quickly devolves into antifa sucker punches being thrown and pepper spray throughout the air. Enjoy this bit of ‘comic relief’ at the start of the video before the insanity breaks out. ‘Charge!’ starts at 4 second mark. Ni!

Showing how completely ill prepared most of them are for any kind of a real battle, should such an ‘attack’ have taken place during any kind of a real war, God forbid, those doing their very best Monty Python impression would have likely been mowed down within seconds, similar to the many victims of the famous ‘rabbit of Caerbannog’.

$350 Silver In EARLY FEBRUARY??? The Retail Day Traders Making GameStop SKYROCKET Have Just Discovered SILVER Is The Most Manipulated Market In The World, SET SIGHTS ON $1000

Somebody just SHUT DOWN Wall Street Bets on Reddit, and the First Majestic Silver shorts, can you say, “RIP YOUR FACE OFF”!!!!!

END_OF_DOCUMENT_TOKEN_TO_BE_REPLACED

If You’re Addicted To Gain, Prepare For Pain

Here’s What I’m Worried About. And It’s Not a Recession

A rout in the hyper-inflated bond market can blow up everything at this point.

This is the transcript from my podcast last Sunday, THE WOLF STREET REPORT:

The locker room at my swim club has become the litmus test. When a complex topic, after years of being absent or ignored, suddenly crops up in conversation, and not just sporadically but all the time, it means that there is some kind of peaking going on. This suddenly hot topic now is a “coming recession.”