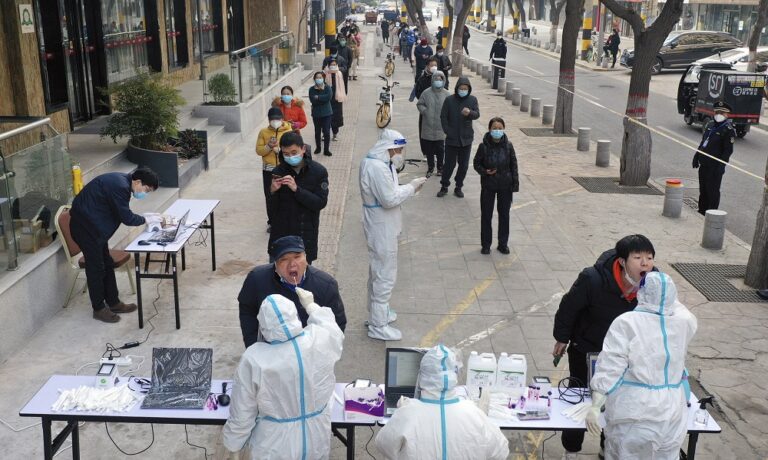 For over a decade there has been an open globalist obsession with the Chinese governmental model – A love affair, if you will. Many top proponents of global centralization including Henry Kissinger and George Soros have praised China in the past and hinted that the communist country is burgeoning into a major player within the New World Order. Soros expressed this exact sentiment way back in 2009, around the time that China began courting the IMF and issuing trillions in Yuan based treasury debt in order to join their global currency initiative.

Several years later, China was inducted into the IMF’s Special Drawing Rights basket. The CCP now avidly supports the creation of a new global currency system with the IMF in control.

This is a reality I have been writing about for many years: China does NOT stand in opposition to global centralization under the control of western oligarchs. All they want is a prominent seat at the table when the “Great Reset” kicks off and total centralization begins. But the above information only suggests an economic relationship between China and the globalists. Does the alliance go even further than that?

Recently, Klaus Schwab of the World Economic Forum gave an interview to the Chinese government controlled CGTN at the APEC Summit. In that interview, Schwab praises China as a role model for many other nations. This might shock some people considering China’s economy is faltering, with their global exports plunging in 2022 and their housing market in shambles. This decline is in large part due to global stagflation, but also due to their insane “zero covid” policy which has kept the nation under pandemic lockdown for years.

Remember all those covid cultists who were cheering for China last year? Remember when they claimed that China was a perfect example on why lockdowns are necessary and proof that they work? Yeah, those people were morons.

China’s economy is now in freefall with their manufacturing base under extreme stress from the mandates. Furthermore, it would appear that the Chinese populace is finally fed up with the draconian conditions and are rising up in revolt.

In the video below, protests erupt at Foxconn’s flagship iPhone plant in China after workers marched out of the factory. They had been held there in quarantine against their will with poor working conditions and little food.

The Chinese government sent hazmat clad troops to put down the rebellion while stomping protesters into the ground. Take note and remember this video when you hear about Apple’s hostility to Elon Musk’s free speech policies on Twitter – Apple loves authoritarianism, as do all globalist run corporations.

China continues to terrorize the citizenry with secret police visits to vocal dissenters and fleets of drones hovering above city streets monitoring foot traffic and blaring propaganda messages. Some drones even spray unknown chemicals across entire city blocks. In the meantime, China has fully implemented digital vaccine passports systems tied to public venues and retail stores. You cannot function in a major Chinese city without an up-to-date vaccine passport or a negative covid test taken every couple of weeks.

All of these events and conditions are often treated as disconnected or coincidentally associated. No one is asking the right questions. The big question being WHY? Why is the Chinese government sabotaging its own economy with lockdowns and oppressing the population to the point of open revolt (a rarity among the normally subservient Chinese people). Why keep the lockdowns going when it is clear to the rest of the world that the pandemic is over and that the lockdowns and masks never worked to begin with?