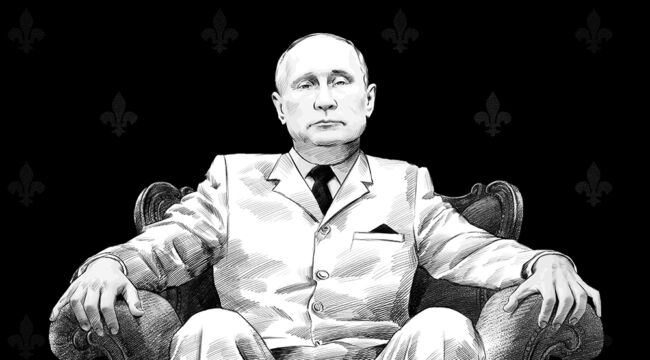 The war in Ukraine has been in a partial hiatus for the past two months. But that hiatus is coming to an end as Russia prepares its next move. Today, we’re looking ahead to what’s coming next.

And here’s a hint: We could be entering a very dangerous period.

First off, the situation on the ground in Ukraine is best understood as a competition between the narrative and reality.

The narrative consists of what you hear from mainstream media, the White House, the Pentagon, and official sources in the U.K., France, Germany and both EU and NATO headquarters in Brussels.

The narrative says that the Armed Forces of Ukraine, AFU, have beaten back Russian forces and reoccupied Kherson, which lies strategically on the Dnipro River, Kyiv’s main access to the Black Sea.

Based on these advances, the narrative says that Russia is in retreat, Russian troops are demoralized, Putin is in jeopardy of being replaced and complete victory for Ukraine is just a matter of time.

The narrative is then used as a basis for increased financial aid from the United States (over $60 billion and growing) and increased weapons shipments from NATO members.

But as I’ve explained recently, the situation on the battlefield in Ukraine is almost completely at odds with the Western narrative.

It’s true that Ukraine made recent advances in the east, but they were against lightly defended Russian positions on or near open terrain.

Much has been made of Ukraine’s retaking of Kherson, but Russia regarded it as a city of little strategic value. Rather than waste resources fighting for it, they withdrew.

The Russians also let the Ukrainians have the open land, which will later become a killing field for Russian artillery. That’s the reality you’re not being told.

In the words of retired U.S. Army Col. Douglas Macgregor:

The Biden administration repeatedly commits the unpardonable sin in a democratic society of refusing to tell the American people the truth: Contrary to the Western media’s popular “Ukrainian victory” narrative, which blocks any information that contradicts it, Ukraine is not winning and will not win this war. Months of heavy Ukrainian casualties, resulting from an endless series of pointless attacks against Russian defenses in southern Ukraine, have dangerously weakened Ukrainian forces.

Russia Is Preparing to Lower the Hammer

In the meantime, Russia is preparing to launch a massive counteroffensive.

It’s completed its 300,000-man mobilization, with over 180,000 of those troops now deployed behind Russian lines in combat formations. The remaining 120,000 troops will arrive soon. This brings total Russian strength up to about 30 divisions.

The coming offensive phase of the conflict will provide a glimpse of the new Russian force that is emerging and its future capabilities…The numbers continue to grow, but the numbers already include 1,000 rocket artillery systems, thousands of tactical ballistic missiles, cruise missiles and drones, plus 5,000 armored fighting vehicles, including at least 1,500 tanks, hundreds of manned fixed-wing attack aircraft, helicopters and bombers. This new force has little in common with the Russian army that intervened nine months ago on Feb. 24, 2022.

Meanwhile, Ukrainian strength has been greatly diminished due to high casualty rates and being stretched thin.

Ukraine would be left as a rump state between Kyiv and Lviv. Almost all the industrial, technological and natural resource capacity of former Ukraine would be under Russian control.

Whether any of this succeeds remains to be seen. Still, it is definitely coming, and the situation will grow more violent and chaotic.

The question then becomes, would the U.S. stand by and watch Russia defeat Ukraine militarily? Will it become more directly involved in ways that could risk actual conflict with Russia?

After all, the U.S. is essentially fighting a proxy war against Russia. Ukraine is merely a means to an end as far as the U.S. goes. The U.S. has committed significant resources to defeat Russia, and a Russian victory would further undermine U.S. credibility in the world.

The chances of escalation are therefore significant.

The Greatest Risk of Nuclear Confrontation Since the Cuban Missile Crisis

Depending on how events unfold, the world is potentially facing the greatest risk of nuclear confrontation since the Cuban Missile Crisis. A limited nuclear war is a real possibility in the not-distant future.

Why do I say that?

U.S. elites have started psychological operations (psyops) aimed at Putin with nuclear weapons as the bait. They claim that Putin has threatened to use tactical weapons in Ukraine and possibly other parts of Eastern and Central Europe.

That’s a lie; Putin never said that. When asked, both Putin and Prime Minister Dmitri Medvedev said that if attacked, Russia would defend itself by all means necessary including the possible use of nuclear weapons. That’s not news. That has been Russian or Soviet policy since the early 1950s.