by Rob Pue, All News Pipeline: 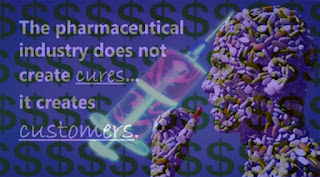 Some alarming information has come my way recently, and once again, it’s regarding our young people. According to the Pew Research Center, 57% of “Generation Z” are now taking prescription medication for “serious mental illness.” “Gen Z” includes those born between 1997 and 2012, now ages 10 – 25. The mental issues they’re dealing with include anxiety disorders, ADHD, chronic depression and post-traumatic stress disorder.

According to the research, 80% deal with bouts of depression and 90% deal with anxiety on a daily basis. Of those surveyed, 75% report they’ve been negatively impacted mentally by the COVID lockdowns and related restrictions. Twenty percent now see a therapist on a regular basis, 39% get therapy for mental health issues once a week and 57% take prescription drugs daily, just to cope.

Digging deeper into the study, we find that 85% admit they’re worried about the future in general. They worry about the economy, having enough money to survive, the environment and “climate change,” and loss of trust in our political leaders. Nearly 90% believe that their generation won’t be successful at all in the future. Ninety percent say they can’t make ends meet each month; 66% don’t feel financially stable at all. About half don’t feel ready to join the workforce, for a variety of reasons.

According to an article by Natural News, “On top of the economic uncertainty, the young generation is dealing with massive amounts of psychological abuse and spiritual oppression stemming from government and pharmaceutical propaganda and abusive mandates. An entire generation is being trained to fear the unknown, to accept germaphobia as a way of life, and to live isolated on screens. This generation has been taught that coming together to worship God is a prohibited act, but charging through streets demanding social justice is an act of virtue. This generation has been taught to stay home and stay safe, while team sports, group activities, and church assembly are shuttered. The very activities that bring people together, that promote community and achievement are replaced by a screen-driven life, dictated by algorithms and ads, where real knowledge is buried and propaganda is disseminated only to manipulate and control.”

The article went on to say, “This generation is having the individuality stripped from them, as they are taught to take the role of a victim and find refuge on the ever-expanding spectrum of false gender identities…Young people are now expected to go along with Marxist ideals that strip them of their dignity, as they are indoctrinated to succumb to some societal cause of safety and ‘greater good.’ But no matter what the young people are promised – free this, free that, a more inclusive society – the dictates of this Marxist state only depress them further. Not only are they being stripped of their unique individuality, but their minds are being programmed to follow group think narratives that dictate their path in life…Their God-given potential is being suppressed by false gods, vanity, bitterness, envy, get-rich-quick schemes, and other hollow pursuits.”