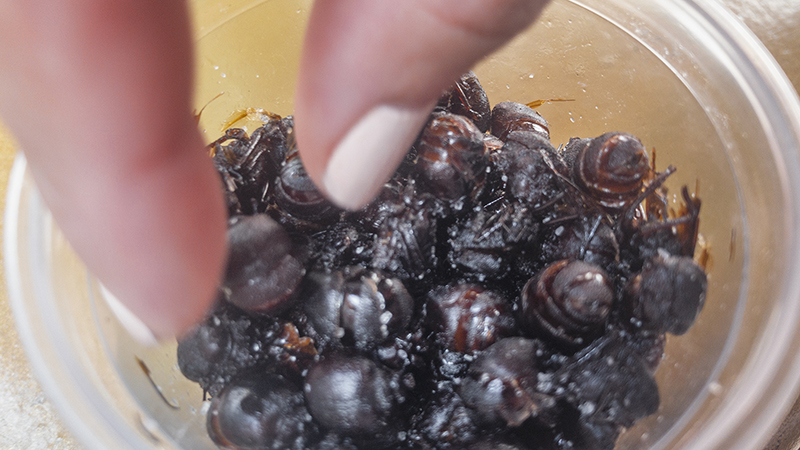 The Washington Post advised Americans Sunday that instead of a traditional season dinner, which now is unaffordable for a quarter of families, they should instead look to eating bugs.

In an article headlined Salted ants. Ground crickets. Why you should try edible insects, the Post stated “Consumers can already find foods like salted ants on Amazon and cricket powder protein bars in Swiss grocery stores.”

The piece quoted a six year old girl in Pennsylvania who was supposedly given a rousing ovation by onlookers for eating fried worms.

The piece states “It’s not that bad!” she exclaimed. “It kind of tastes like kettle corn!”

There’s the usual crap about crickets having more protein than beef and everyone in third world countries already eating them, so why are you any better… etc

“Watching others enjoy insects may also help break down barriers,” the piece states under a sub headline “Creating a new norm.”

It further states “before insects can become common fare, more diners must be convinced that six-legged critters are, in fact, food. Through tasting experiments, surveys and educational demos, researchers, entrepreneurs and educators are delving into consumers’ psychology and finding that resistance to insect-eating can be strong.”

This is the latest in a growing trend of pushing bug eating on the masses as a way of ‘saving the planet’.

A major supermarket chain in the UK is finalising plans to stock insects on its shelves and market them as a cheap food source for people struggling to afford to feed their families amid soaring inflation and the cost of living crisis.

The Daily Mail reported recently that Aldi is considering stocking ‘edible’ bugs and providing recipe kits for parents to prepare worms and crickets for their hungry children.

Potential products in the range include ‘sustainable’ cricket burgers, as well as ‘nuggets’ and ‘mince’.

You will eat the bugs. You will own nothing. And you will be happy. pic.twitter.com/6Pkj5Ol4Td