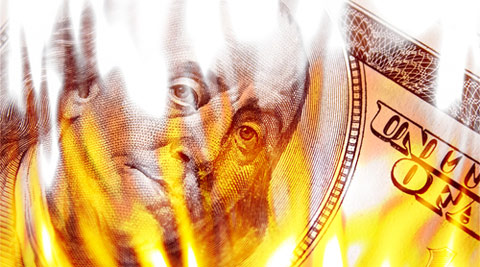 For the sake of clarity let us start with terminology that most ANP readers, if not all, already know.

The BRICS payment system is described in the following manner:

A payment system that would be an alternative to the Society for Worldwide Interbank Financial Telecommunication (SWIFT) system. Russian Deputy Foreign Minister Sergey Ryabkov stated in an interview, “The finance ministers and executives of the BRICS central banks are negotiating … setting up payment systems and moving on to settlements in national currencies. SWIFT or not, in any case we’re talking about … a global multilateral payment system that would provide greater independence, would create a definite guarantee for BRICS.”

Next up, World Reserve Currency, the works of which are adequately shown in the visual below: 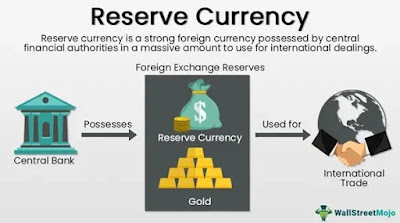 SANCTIONS AGAINST RUSSIA WEAKENS THE US DOLLAR

Starting with the BRICS because other countries than those five have joined the BRICS payment system, and with the American-led sanctions against Russia, more countries are now joining that system in order to do business the with Russia.

Every time a deal is done using the BRICS system, or other payments systems created by other countries, it weakens the US dollar aka the Greenback. .

Previously we have seen reports of Saudi Arabia, Turkey, Egypt and other nations applying to join the BRICS payment system, but since the American-led sanctions have made it more difficult for countries wanting to maintain business with Russia, we see more than a dozen different countries asking to join.

More than a dozen countries have expressed an interest in joining the BRICS group, which incorporates some of the world’s major emerging economies, as the bloc gains more global standing, Russian Foreign Minister Sergey Lavrov said on Tuesday.

Speaking at a meeting with his Indian counterpart Subrahmanyam Jaishankar, Lavrov indicated that membership of the BRICS bloc is in high demand.

“The interest in this global association is very, very high and continues to grow,” he said. He confirmed that “more than a dozen” countries are eager to join, including Algeria, Argentina, and Iran.

The U.S. has been weakened in the eyes of the international community as evidence by how many nations, and companies continue to do business with Russia despite U.S. pressure to isolate Russia.

Businesses from Turkey, China and India have taken the least action in Russia among G20 nations

The longer the War between Russia and Ukraine continues the more businesses and nations are less likely to continue to heed U.S. warnings, and the more American attempts to pressure those countries, the more will continue to thumb their nose at a weakened America.