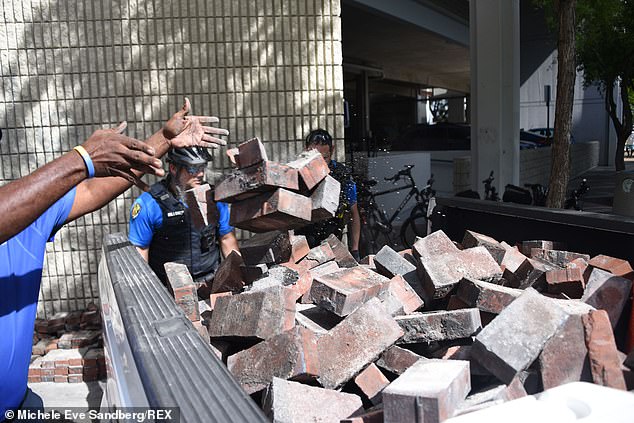 Pallets of bricks located in downtown Chicago, Lansing, and Denver.

Presumably placed there by groups hoping to incite violence.

Voters are reporting seeing stacks of bricks strategically placed in cities throughout the United States.

As America awaits 2020 election results, numerous Americans have reported seeing pallets of bricks placed in downtown areas near businesses, with many assuming left-wing rioters are preparing for total destruction if the election doesn’t go their way.

Here are just a few places where stacks of bricks have been reported:

THE BRICKS ARE BACK – Piles of bricks started “showing up” again yesterday. Remember similar staged bricks and other rioting materials were pre-positioned in summer riots. If you SEE something like this – report it to police. pic.twitter.com/2TXj0uO3Gm