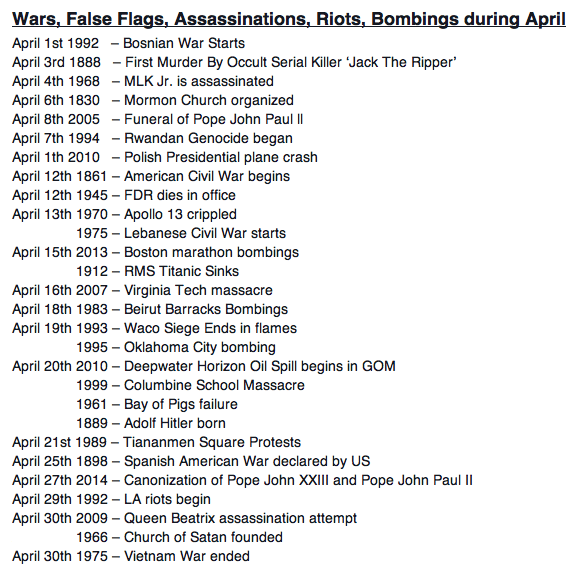 The preceding headlines spell it all out as does the telling graphic posted above.

There is only one organization in the world that has the capability to conduct such a sophisticated and complex series of terrorist attacks which just occurred across the island nation of Sri Lanka—Operation Gladio.

For the uninitiated, Operation Gladio is directly responsible for nearly all of the terrorist attacks throughout the world since World War II.

As a covert terror organization created under the NATO superstructure, its primary purpose it to set up the global environment for World War III as a precursor to the formation of a One World Government.

To accomplish this goal, Gladio systematically implements what’s known as a “strategy of tension”. This stratagem is the very essence of the “divide and rule” tactic utilized by empires since time immemorial. 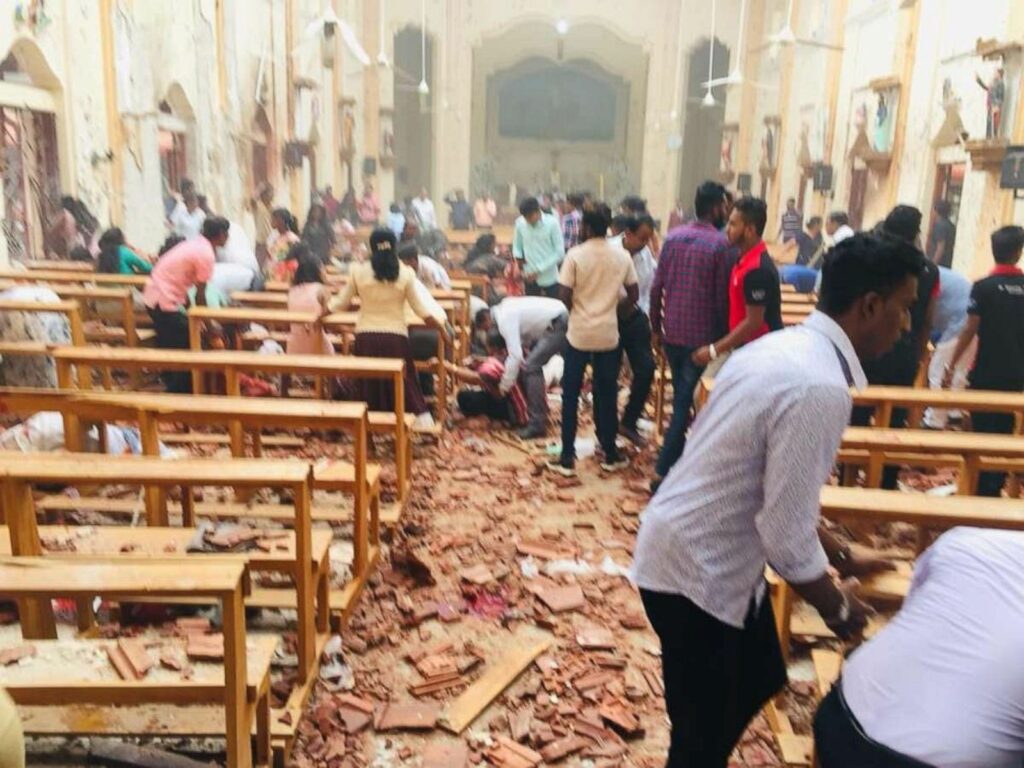 It’s no accident of fate that the horrific terrorist attacks were carried out on Easter Sunday; rather, the timing and the targets were selected with highly purposeful design.

Gladio has always taken advantage of opportunities to inflame religious hatreds as a means to control any given country or populace.

Because of the hotbed of religious hatreds that already exists in the Sri Lanka tinderbox, the Gladio overseers know that they can trigger a societal explosion at any moment. And so they have.

A careful review of the historical record indicates that the month of April is always hijacked by The Power That Be through the use of terrorism, warmongering, assassinations, violent protests, etc.

April is not only often the month of Holy Week, it’s also the first flowering of Spring. Hence, TPTB look to sow their own seeds of chaos and violence throughout the entire planetary civilization. The objective — ALWAYS — is to create opportunities to execute their warped Ordo ab Chao central operating principle.

What better way to realize this blind and malevolent ambition than to conduct these Easter Sunday terrorist attacks in Sri Lanka. Then, out of the ensuing chaos, TPTB will attempt to foist their new order — a new regime or security state or political philosophy — on the victimized country.

This is exactly how the nefarious New World Order agenda is being stealthily implemented across the planet 24/7. 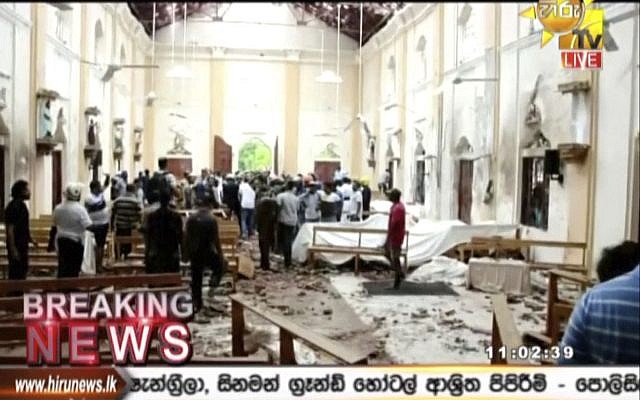 However, terrorist operations of this scope and magnitude always have multiple objectives.

Because of its proximity to India, TPTB are also sending a HUGE message to India. As far as the Zio-Anglo-American Axis (ZAAA) is concerned, India has left the reservation. See: India has vast arsenal of Russian-made weapons & seeks to expand it (PHOTOS)

The U.S. will not allow India to continue to purchase the enormous volume of arms from Russia. Nor is the Trump administration happy with India skirting the unlawful sanctions by purchasing oil from Iran.

Therefore, the ZAAA decision-makers are sending a message to PM Narendra Modi to cease and desist from these and other sanction-busting actions.

This is the very same reason why the West instigated the recent bombing attack by Pakistan against India in Kashmir.

The ZAAA is continually using Gladio to do its dirty work around the world in this manner.

Of course, the intelligence communities of each major Western power are intimately involved in each of these black operations. This includes the C.I.A., MI6, Mossad, BND, DGSE, GID among other intelligence agencies and secret services.

Where many folks firmly believe that all terrorist attacks worldwide lead back to the apartheid state of Israel, it’s true the Mossad plays an integral role because of its vast spying and surveillance network across cyber-space known as #OperationTalpiot.

Israel’s OperationTalpiot: THE GREATEST SPY MACHINE OF ALL TIME

Israel has made several overtures to India over the past few years in an attempt to extend the reach of the ZAAA deep in the heart of the RIICS alliance (Russia, India, Iran, China, SA). For whoever captures India wins the epochal war between the East and the West. Russia and China have already staked out their positions against a unipolar world ruled by the British-American Empire and enforced by the USA superpower. Therefore, the swing vote that will ultimately determine victory lies with the still sleeping powerhouse—India.

At the end of the day, every major terrorist operation is carried out in order to advance the New World Order agenda.

The New World Order globalist cabal has a set timetable within which to establish a One World Government as the next incarnation to the United Nations. And, it knows that the only way it can get there is by scaring the world community of nations into embracing global governance as a means to stop the steady occurrence of terrorism once and for all.