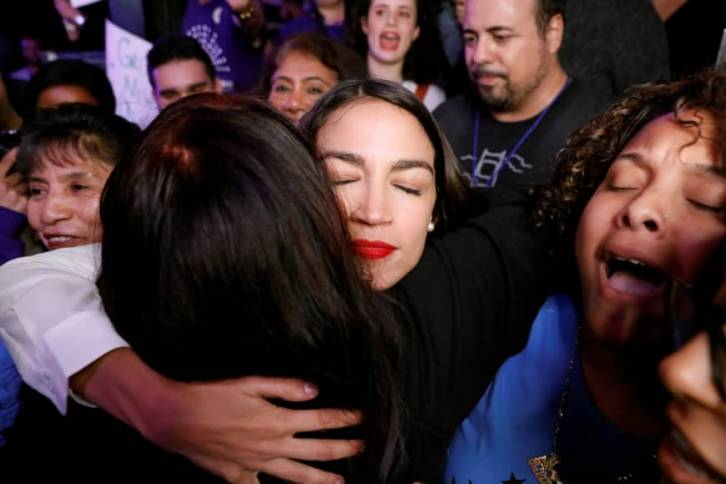 There is currently a growing number among the far left in America calling for the downfall of Capitalism – to be replaced by Socialism. It is a movement that began in earnest with the Bernie Sanders campaign for the presidency – Sanders being a moderate Socialist from very liberal Vermont. This movement has now expanded to include hard-core socialists and communists many of whom believe in the real need for revolution. Not surprisingly these radicals share a special fondness for the Soviet Union as a model of successful communism. They are well-intentioned people, but they do not know the real history of the USSR because they are extreme ideologues or “true-believers”.

The first real Communist true-believer I met was in 1992 while working as a journalist in Moscow. My assignment was to interview Boris Efimov – the famous illustrator who created political cartoons for Izvestia in the years following the revolution. Efimov had initially worked for TACC alongside the Russian poet Mayakovsky producing illustrations educating the masses on the evils of Capitalism and the wonders of Communism.Mayakovsky’s job was to provide clever and witty captions.

Having just obtained a PhD in Russian literature I spent an inordinate amount of time asking questions about the renowned poet rather than focusing on Efimov’s work. When I finally got around to asking him about Communist life in the Soviet Union he seemed to beam with pride and admiration at the accomplishments. As I questioned him further it occurred to me that the illustrator had no regrets or even criticism towards Stalin. I was astonished that after 70 years of repression, a forced famine in Ukraine resulting in millions of deaths, the mass execution of thousands of Orthodox priests and the horrors of the Gulag that I was speaking to a real-life “true-believer”.

No matter the horrendous cost in human life Efimov remained an ardent communist. I decided to end our conversation with a straight forward question that might allow him to walk back his enthusiastic praise for “the cause”.

“How did Communism fail the people?” I inquired.

“Communism did not fail the people”, he replied, “The people failed Communism”

The new Leftist movement in America is comprised of ideologues like Efimov. You see with ideologues, ideas are elevated to an almost sacred status to be fiercely defended at the expense of human life. For people are secondary to the Utopian ideal. The ends justify the means in the struggle to achieve the dream. In this sense our current-day radicals- like their Bolshevik predecessors-have much in common with Machiavelli rather than Marx.

On the subject of ideologues, the esteemed American Psychologist Steven Pinker had this to say

“There are a number of things that make particular ideologies dangerous. One of them is the prospect of a utopia: since utopias are infinitely good forever, and can justify any amount of violence to pursue that utopia, the costs are still outweighed by the benefits. Utopias also tend to demonize certain people as obstacles to a perfect world, whoever they are: the ruling classes, the bourgeois, the Jews or the infidels and heretics. As long as your ideology identifies the main source of the world’s ills as a definable group, it opens the world up to genocide.”

American leftists nowadays like to boast that “Communism defeated Fascism”. As if an idea could shoot a rifle at minus 10 degrees or drive a tank through mud under a barrage of bombs. For it was a brave and determined people who won World War II in an effort to defend – not an idea – but their beloved Motherland.