by Phil Gordon, The Daily Sheeple:

All across America, thousands of publicly funded schools, government schools, have decided to open their doors to the neo-Marxist organization known as the Women’s March, a highly partisan, far-left radical organization.

They have opened their doors and allowed this organization to “aid” students in staging a “National School Walkout” in protest of your ability to own and possess effective means of self-defense.

To put in terms that these far-left radicals would rather you not hear, they are organizing your children, using your stolen wealth (school taxes), to march in favor of a police state, to march against your ability to acquire and possess tools of self-defense, guns.

Many schools received letters such as this:

Good afternoon. This is (name) principal of (Name) Middle School. As many of you have probably heard, the Women’s March organizers are encouraging students to participate in a national school walkout on Wednesday, March 14th, to protest gun violence.

That line alone “the Women’s March Organizers are encouraging students,” reveals that the organization behind this is the Women’s March. This means that the public schools have allowed representatives of that highly partisan group to go into their schools and aid students in organizing a protest against your ability to defend yourself against all enemies, foreign and domestic.

They do so under the guise of protecting the children from ‘gun violence.’ Let me speak more plainly so you take in the full vulgarity of the tactics these far-left radicals are deploying, tactics the government schools are openly aiding and abetting in strengthening.

The far-left radicals of the Women’s March are using psychological terrorism to traumatize your children into not only accepting, but demanding, that you have your tools of self-defense taken from you.

It appears that the far-left radicals of the Women’s March love the police state more than they love your children. They appear prepared to sacrifice their psychological well-being to achieve their end, to disarm any resistance to their dream of a complete police state where their particular perverted morality can be forced upon you, with government guns.

The letter continues with a lie, a lie that is made obvious by the admission in the beginning of who is behind organizing this protest of your ability to acquire and possess tools of self-defense:

This walkout is a student-led event that will be monitored by staff to promote safety, accountability, and appropriate behavior.

No, liars, this walkout is not student-led, it is being led by well-funded neo-Marxists, the organizers of the Women’s March.

In addition to this lie, this line also admits that school resources will be brought to bear to aid these children in conducting a protest against your ability to acquire and possess tools of self-defense, a protest that is being organized by the neo-Marxists behind the Women’s March.

The school is also allowing the neo-Marxists to use another favorite tactic of tyrants, social pressure. The narrative is that they are simply trying to protect the children from the epidemic of gun violence that is threatening their very lives. As I stated above, this is psychological terrorism that is already damaging our children. But beyond the terrorism, the tactic relies on social pressure to get as many kids as possible to participate in this event. This peer pressure produces an over-bloated display of “support” for the state to take your tools of self-defense. 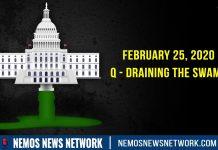