I have just read through the new United States National Security Strategy released by President Trump in December 2017. There have been many comments on it most of them focusing on the hostility in the document towards Russia and China but also some question of what the Strategy is. Well, after reading page after page of delusions, bombast, bragging, bullying, lies, fantasies and deep-seated megalomania, you discover that there is no strategy. They don’t have one. The only use that document has is as irrefutable evidence that the government of the United States is what they like to call a Joint Criminal Enterprise intent on seizing control of the world for its sole interests. Fortunately, they have, apparently, no idea how they are going to achieve that goal except through war, war, and more war, and if that doesn’t work some more war until they collapse from exhaustion, like a mad, rabid dog.

But it’s clear who they are afraid of and so show their weakness. China and Russia make them nervous. And, if I were an adviser to the government of Pakistan, I’d say “watch your back, more trouble is coming.” Other nations that still have a backbone, the usual list, North Korea, Cuba, Venezuela, Syria, Iran, the defiant ones, are like an itch they can’t scratch, and the written scowls in this document are meant to make them shake in their boots but only make you laugh. And, oh, for the rest of the world, it’s, “Do what you’re told, make us money, don’t get in the way, and keep your mouth shut, but love us, love us, love us, make sure you love us.”

As Milton said, they want us to bow and sue for grace with suppliant knee, and deify their power, to bring us low indeed. For to be weak is to be miserable and we’re meant to be miserable. That’s their intent. It’s so bad that it’s easy to feel that nations can act only contrary to their will just to maintain self-respect. But our nations are not controlled by the mass of the people, instead, by factions and cliques of the class with the money who control the machinery of the governments so we see little of that, acting contrary Washington’s will, that is.

There once was a time when working people were on the move, had confidence in themselves, created their own leaders, their own heroes and heroines, their own philosophy, their own ideas of democracy, of society, of their conditions and how to overturn the old brutality of the capitalist system and establish new conditions favourable to us. But failures and betrayals have sapped the energy, weakened the will, created confusions and illusions, turned sister against brother, wounded the solidarity of our class, and pitted people against people in war after war solely to advance the quest for profit. As Milton asked, ‘How can we overcome this dire calamity, what reinforcement can we gain from hope, resolution from despair’ when we are faced with a society that, having brought its own people to ruin, is now committed to bringing ruin and humiliation to the rest of the world?

But all is not lost and rise we will again. The countries and peoples that resist are the proof before us that the omnipotence of the empire is illusory as all empires, based on power and fear, are. The resurgence of working class parties and movements is a fact. Things are happening. If we can find our way out of the maze they have created around us by dividing us into a thousand self interests, special interests, “identity” interests, gender interests, dividing us by religion, skin colour, accent, level of pay, nationality and ethnicity, and all the other things they use to get us opposed to each other, if we can make working people comprehend their own power once united, to see that anyone who works for a living is the brother and sister of all others who must do the same, then the resistance moves to a more concrete level.

But can the people of the world win over a United States that has the power, with its allies, to dominate the world? When we consider the destructive forces they unleash when they don’t get their way it might seem futile to consider it. But the economic power of the USA is in fast decline, its people are increasingly impoverished and increasingly killing each other, the police are murderous, justice corrupted, the government a debacle, the leadership made up of generally right wing criminals, gangsters, and confidence men, their armed forces both corrupted and motivated by immoral, not moral, purposes and their economic system profits a few on the backs of the many the world over. They themselves must know this.

So one would think that when the President of the United States sits down with his advisors and asks them about these problems and to come up with an American national strategy to resolve them that they would take that task seriously and get together all the best scientists, doctors, sociologists, psychologists, economists, philosophers, poets, and artists, writers and musicians, engineers, trades people, committees of locally chosen working people and, of course military men interested in maintaining a continuum of peace instead of war. But on reading the new Strategy document you find that all these people are missing.

It is so bad that even the organ of the Council of Foreign Relations, the journal, Foreign Affairs, stated that,

“The document, an attempt to turn Trump’s “America First” instincts into a foreign policy doctrine, has failed to align ambitious ends with ways and means; to prioritize among objectives; and to convey actual presidential intent. Those criticisms are well founded. But the flaws don’t just stem from the failures of the Trump administration; they also serve as an extreme reminder of what has gone wrong with the entire endeavor of the NSS—problems that predate the Trump era.

The NSS is supposed to map out a strategy, but over time, the project has devolved into a rhetorical exercise, characterized by grandiose ambitions and laundry lists of priorities. Rather than forcing the U.S. government to engage in serious strategic planning, it has become a case study in the failure to do so.”

The problem for one faction of the American elite speaking through that statement is not that the goal of domination of the world by America is wrong but that the goal is not accompanied by any rational means of achieving that domination. But for us in the larger world affected by American ambition and aggression the problem is not the failure to set out the means to achieve the objective but the injustice, immorality, chauvinism, and brutality inherent in the objective. The reason the United States leadership cannot formulate a strategy is not because they are incompetent but because strategy and objective are intertwined so that the objective is the cause of all the terrible consequences that they promise their citizens their objective is meant to deal with. They want to “make America great” but to do that they have to make things worse. It’s inherent in their logic and so long as the driving force behind all of this is not abandoned, the drive for profit, and replaced with the driving force to provide peoples needs, so long will the world continue to suffer war, poverty, injustice and ecological catastrophe. 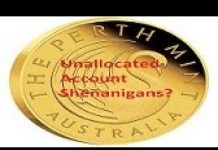