Tag: China’s New Coronavirus: An Examination of the Facts

China’s New Coronavirus: An Examination of the Facts 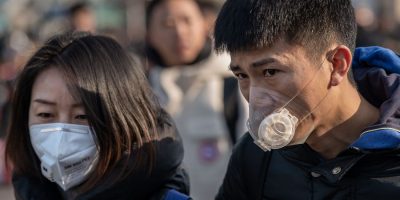 The Western mass media have discussed the new corona virus that began in the city of Wuhan in Central China but, apart from repetitive small details and the inevitable China-bashing, not much light has been shed on the circumstances. My initial commentary here is composed from a medley of nearly 100 Western news reports, primarily ABC, CBS, CNN, AFP, and from some Chinese media. Officially called the novel coronavirus (2019-nCoV), the contagion is a respiratory illness, a new type of viral pneumonia, in the same family of infections as SARS and MERS.

At the time of writing, Chinese health authorities announced 830 confirmed cases caused by this virus in 29 provincial-level regions in the country, resulting so far in 25 deaths primarily among the elderly who had been suffering serious prior medical conditions and were perhaps in weakened physical states. A few cases have been reported in other countries, Thailand, Korea, Singapore, Vietnam, the US, Japan, all of which involved ethnic Chinese who had traveled to Wuhan. The virus initially showed no signs of spreading between humans, but then may have mutated with 15 medical workers in Wuhan apparently contracting the pathogen from other victims. It still remains unclear how easy it is to contract it from another infected individual.