GOLD WHACKED $16.90 TO $1298.00 AND ANOTHER 5 DOLLARS IN THE ACCESS MARKET//SILVER DOWN 38 CENTS TO $15.23: AND ANOTHER 5 CENTS IN THE ACCESS MARKET//THE BANKERS ARE HAVING DIFFICULTY SUPPLYING GOLD TO OUR LONGS WHO STAND FOR METAL: REGISTERED GOLD IS DOWN TO 11 TONNES AND NO APPRECIABLE GOLD HAS ENTERED THE GOLD COMEX FOR OVER A YEAR//POWERHOUSE EXPORTER SOUTH KOREA SAW ITS EXPORTS PLUMMET 11.1% MONTH/OVER LAST MONTH//THE EXTRADITION OF MENG (HUAWEI) IS ALLOWED TO PROCEED WHICH WILL ANGER CHINA//POOR USA ECONOMIC NUMBERS REPORTED TODAY/SWAMP STORIES FOR YOU TONIGHT

END_OF_DOCUMENT_TOKEN_TO_BE_REPLACED 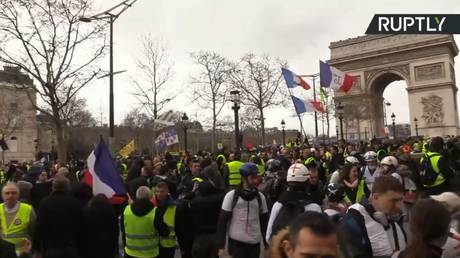 The Yellow Vest movement spontaneously emerged in November 2018 after French President Emmanuel Macron announced controversial tax hikes. Over 2,000 people have been arrested since the demonstrations began, and dozens of protesters have been injured during violent clashes with police.

END_OF_DOCUMENT_TOKEN_TO_BE_REPLACED 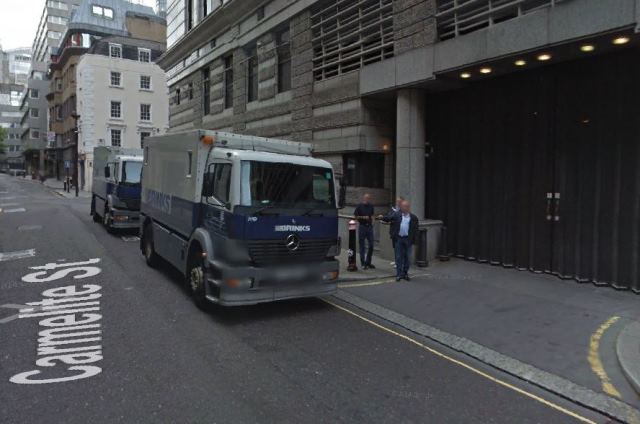 Following an 18 February RT.com article about the gold reserves of the Reserve Bank of Australia (RBA) claimed to be stored at the Bank of England, the Aussie central bank gold continued to hit the headlines later in the week (22 February) when a group of politicians on the Standing Committee on Economics of the Australian House of Representatives questioned the RBA governor and deputy governor about these gold holdings. This questioning was part of a public hearing by the Committee held in Sydney into the RBA’s 2018 Annual Report.

END_OF_DOCUMENT_TOKEN_TO_BE_REPLACED

The Truth About the Justin Trudeau Scandal

JOHN KIRIAKOU: Neither Rain, Sleet, nor Snow Will Stop the Post Office From Spying on You

It’s called the “Mail Cover Program” and it’s run by the U.S. Postal Service (USPS). Yes, even the Post Office is spying on us, writes John Kiriakou.

You may remember that last year some nut was arrested for mailing bombs to prominent Democrats, media outlets, and opponents of Donald Trump. Less than a week after the bombs went out, a suspect was arrested. Almost immediately, video turned up of him at a Trump rally, wearing a “Make America Great Again” hate and chanting for the camera. He was soon tried, convicted, and jailed. End of story.

But it wasn’t the end of the story. The investigation into the bomb incidents focused attention on an almost unknown federal surveillance program—one that poses a direct threat to the privacy and constitutional rights of every American. It’s called the “Mail Cover Program” and it’s run by the U.S. Postal Service (USPS). Yes, even the Post Office is spying on us.

END_OF_DOCUMENT_TOKEN_TO_BE_REPLACED

HUMAN TRAFFICKING AND THE RFID CHIP

This story was spotted by Mr. S.D., and while it is long on some details, but short on those types of details that one can check the story for veracity, I nonetheless believe it, for reasons we’ll get into. The story itself is simple enough: a young woman who was admitted to a hospital emergency room gave her doctor a note stating she had a chip in her body, and that she had been shipped because she was part of a sex-trafficking ring:

And she had an incision. So an x-ray was performed, and medical personnel gathered to view the results.

END_OF_DOCUMENT_TOKEN_TO_BE_REPLACED

When the Weekly Standard announced it was closing their globalist rag, pro-Trump patriots and long-time conservative activists breathed a sigh of relief. Certainly having no supporters was the end of neoconservative “journalism” once and for all, right?

Not quite. Rumors of neocons’ demise have been greatly exaggerated. Buoyed by leftist dollars, these vultures who ruined the conservative movement by pushing massive spending hikes, open-border anarchy, and crazed foreign interventions are hiding in plain sight ready to pick the bones of the Trump revolution.

END_OF_DOCUMENT_TOKEN_TO_BE_REPLACED

1914: The Beginning of the End for Freedom in the West.

An investigation has revealed that records — once thought to be destroyed — exist backing up the claims of a victim who said the Seattle Mayor raped him.

Seattle, WA — Over the past several years, multiple victims have come forward and accused Seattle Mayor Ed Murray of sexually abusing them when they were children in the 1980’s.

END_OF_DOCUMENT_TOKEN_TO_BE_REPLACED

Prepping For 2020: As Big Tech Censors, Game Changing Alternatives Start Springing Up Across The Internet 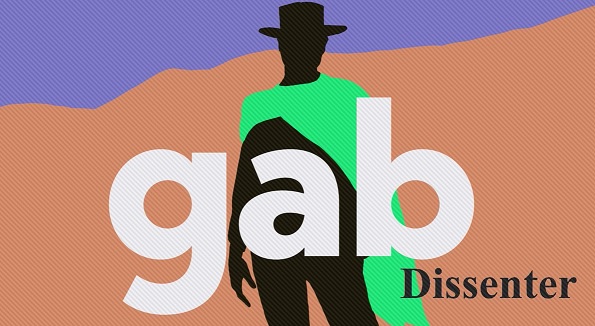