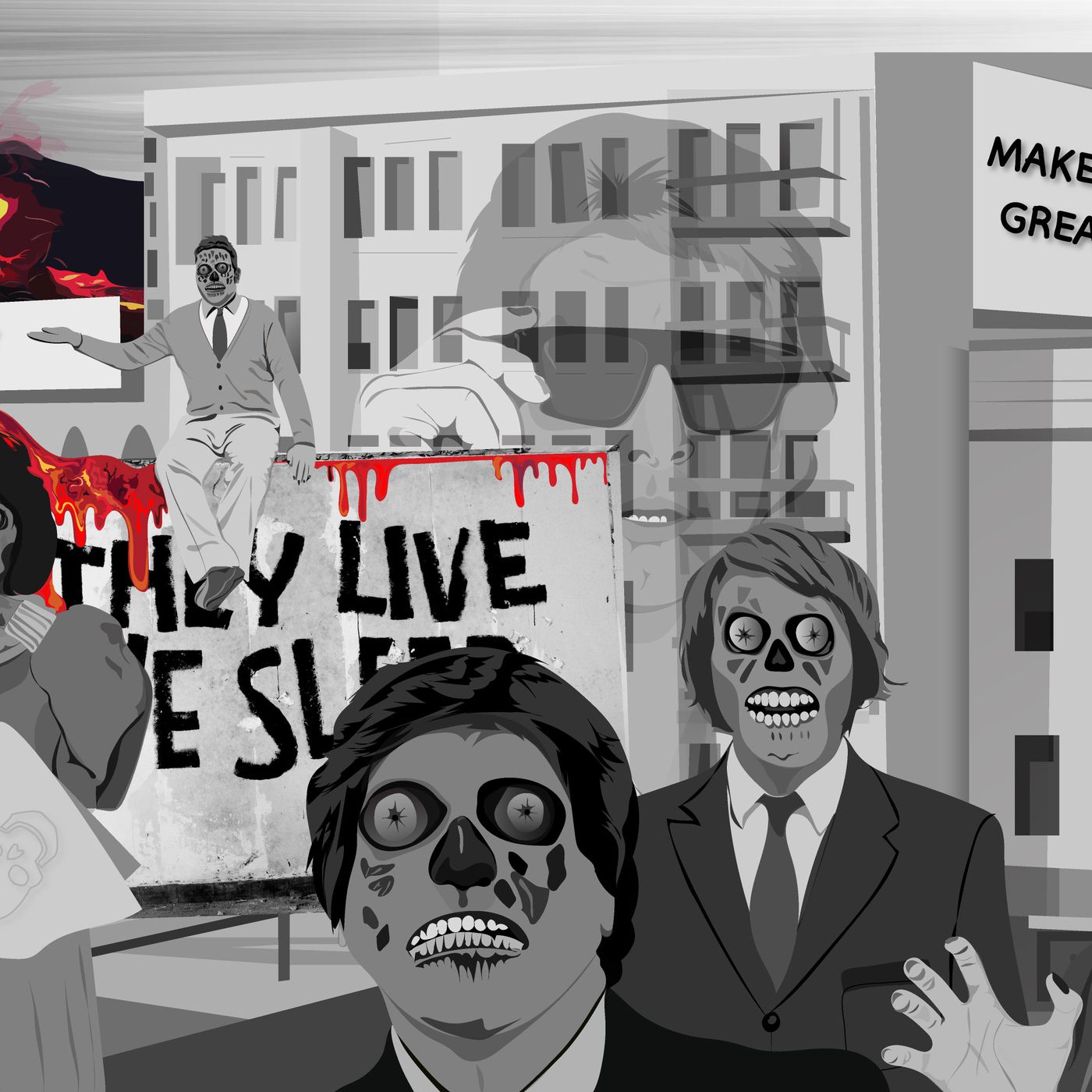 As reviewed by comedian Jimmy Dore of “The Jimmy Dore Show” in the video above, the World Health Organization began drafting a global pandemic treaty in mid-2022, which would grant it the sole power to make decisions relating to global biosecurity, including but not limited to the implementation of a global vaccine passport/digital identity, mandatory vaccinations, travel restrictions and standardized medical care.

As noted by Dore, “Then they can just shut your bank account down when you do something they don’t like, like protesting.” Indeed, in 2022, the Canadian government seized the bank accounts of people who had donated money to the trucker convoy, and this was basically a preview of the kind of power the WHO would have.

Treaty Members Will Surrender Their Sovereignty

Even if centralizing biosecurity were a good idea, which it’s not, the WHO would not be at the top of the list of organizations to be charged with this task. In his monologue, Dore quotes my May 2022 article, “What You Need to Know About the WHO Pandemic Treaty,” which was republished by The Defender:1

“As just one example, the WHO didn’t publicly admit SARS-CoV-2 was airborne until the end of December 2021, yet scientists knew the virus was airborne within weeks of the pandemic being declared. The WHO also ignored early advice about airborne transmission.

So, it seems clear that the effort to now hand over more power to the WHO is about something other than them being the most qualified to make health decisions that benefit and protect everyone. With this treaty in place, all member nations will be subject to the WHO’s dictates … even if the people have rejected such plans using local democratic processes.”

In short, every country that signs onto the WHO’s pandemic treaty will voluntarily give up its sovereignty and the bodily autonomy of all its citizens. Making matters worse, we aren’t even told exactly who the people are who will make this decision, so we, the people, don’t know who to contact to make our voices heard.

This is all happening outside the democratic process, and that’s intentional. The globalist cabal realized they could not convince billions of people into giving up their rights and freedoms. Instead, they focused on installing their own people in key positions around the world, so they could then make decisions that benefited the cult.

A key player in this global takeover plan is the World Economic Forum (WEF), founded in 1971. A great number of the installed globalists are graduates of the WEF’s Forum of Young Global Leaders,2 (formerly the Global Leaders for Tomorrow school3), where they’re indoctrinated in technocratic ideals such as transhumanism which, whether they realize it or not, is nothing but eugenics rebranded.

Transhumanism, like eugenics, is about creating a superior race; in this case, a race augmented by and through technology rather than selective breeding. As of the end of 2022, the Young Global Leaders community had more than 1,400 members from 120 nations, and in addition to political leaders, alumni also include “civic and business innovators, entrepreneurs, technology pioneers, educators, activists, artists [and] journalists.”

The Young Global Leaders forum is not the only incubator of technocrats, but it’s one of the most well-recognized. WEF founder Klaus Schwab has openly bragged about the number of Young Global Leaders alumni that have successfully infiltrated governments around the world, including Canada, where more than 80% of Prime Minister Justin Trudeau’s cabinet are former WEF students.

Trudeau himself is also a Young Global Leader graduate. In a 2017 interview (video below), Schwab stated:4

“This notion to integrate young leaders is part of the World Economic Forum since many years … What we are really proud of now is young generation leaders like Prime Minister Trudeau … We penetrate the cabinets. I was at a reception for Prime Minister Trudeau and I know that half of his cabinet, or even more than half of his cabinet, are actually Young Global Leaders.”

The WEF’s Takeover of the UN

The Young Global Leaders school was founded in 1992, the same year Agenda 21 was introduced. This makes sense, as they’re part of the same plan. Agenda 21 is the actual action agenda for the United Nations’ sustainable development plans, while the WEF trains propagandists and implementers.

While the UN and WEF have clearly worked hand in hand since 1992, in June 2019, they signed a strategic partnership agreement to accelerate the implementation of the UN’s 2030 Agenda for Sustainable Development by further strengthening collaboration and coordination between the two organizations.5

In a September 2019 open letter6 to UN Secretary-General Antonio Guterres, more than 400 civil society organizations and 40 international networks condemned the partnership, calling it a “corporate capture of global governance,” and called on Guterres to end it.

“We are very concerned that this WEF-UN partnership agreement will de-legitimize the United Nations and provide transnational corporations preferential and deferential access to the UN System,” the letter states.

“The UN system is already under a big threat from the US Government and those who question a democratic multilateral world. However, this corporatization of the UN poses a much deeper long-term threat, as it will reduce public support for the UN system in the South and the North.

It is our strong belief that this agreement is fundamentally at odds with the UN Charter and with intergovernmental decisions on sustainable development, the climate emergency, and the eradication of poverty and hunger.

This public-private partnership will permanently associate the UN with transnational corporations, some of whose core essential activities have caused or worsened the social and environmental crises that the planet faces. This is a form of corporate capture.

All these sectors are significant actors within the World Economic Forum. The provisions of the strategic partnership effectively provide that corporate leaders will become ‘whisper advisors’ to the heads of UN system departments, using their private access to advocate market-based profit-making ‘solutions’ to global problems while undermining real solutions embedded in public interest and transparent democratic procedures …

The UN’s acceptance of this partnership agreement moves the world toward WEF’s aspirations for multistakeholderism becoming the effective replacement of multilateralism.

WEF in their 2010 The Global Redesign Initiative argued that the first step toward their global governance vision is ‘to redefine the international system as constituting a wider, multifaceted system of global cooperation in which intergovernmental legal frameworks and institutions are embedded as a core, but not the sole and sometimes not the most crucial, component.

The goal was to weaken the role of states in global decision-making and to elevate the role of a new set of ‘stakeholders’, turning our multilateral system into a multistakeholder system, in which companies are part of the governing mechanisms.

This would bring transnational corporations, selected civil society representatives, states and other non-state actors together to make global decisions, discarding or ignoring critical concerns around conflicts of interest, accountability and democracy.”

In mid-January 2023, WEF members, Young Leaders alumni and other VIPs gathered in Davos, Switzerland, for their annual get-together. As reported by UnHerd columnist Thomas Fazi:7

“Alongside heads of state from all over the world, the CEOs of Amazon, BlackRock, JPMorgan Chase, Pfizer and Moderna will gather, as will the President of the European Commission, the IMF’s Managing Director, the secretary general of Nato, the chiefs of the FBI and MI6, the publisher of The New York Times, and, of course, the event’s infamous host — founder and chairman of the WEF, Klaus Schwab …

Founded in 1971 … the WEF is ‘committed to improving the state of the world through public-private cooperation,’ also known as multistakeholder governance.

The idea is that global decision-making should not be left to governments and nation-states — as in the post-war multilateralist framework enshrined in the United Nations — but should involve a whole range of non-government stakeholders: civil society bodies, academic experts, media personalities and, most important, multinational corporations …

While this may sound fairly benign, it neatly encapsulates the basic philosophy of globalism: insulating policy from democracy by transferring the decision-making process from the national and international level, where citizens theoretically are able to exercise some degree of influence over policy, to the supranational level, by placing a self-selected group of unelected, unaccountable ‘stakeholders’ — mainly corporations — in charge of global decisions concerning everything from energy and food production to the media and public health …

[There] is little doubt as to which interests Schwab’s brainchild is actually promoting and empowering: the WEF is itself mostly funded by around 1,000 member companies … which include some of the world’s biggest corporations in oil (Saudi Aramco, Shell, Chevron, BP), food (Unilever, The Coca-Cola Company, Nestlé), technology (Facebook, Google, Amazon, Microsoft, Apple) and pharmaceuticals (AstraZeneca, Pfizer, Moderna).

The composition of the WEF’s board is also very revealing, including Laurence D. Fink, CEO of Blackrock, David M. Rubenstein, co-chairman of the Carlyle Group, and Mark Schneider, CEO of Nestlé.

There’s no need to resort to conspiracy theories to posit that the WEF’s agenda is much more likely to be tailored to suit the interests of its funders and board members — the world’s ultra-wealthy and corporate elites — rather than to ‘improving the state of the world,’ as the organization claims.”

Considering how proud Schwab is of his WEF members, one wonders why the attendance list to his annual Davos meeting is confidential. Whatever the reason for that might be, The Dossier recently acquired a copy of that list.8