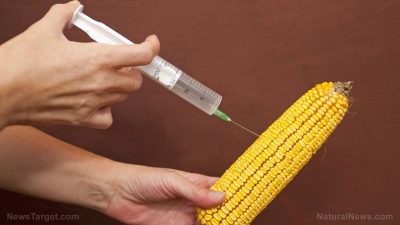 Many scientists lobbying for the deregulation of agricultural biotechnology ‘new genomic techniques’ (NGTs) in the European Union have either direct or indirect interests in commercialising and marketing new genetically modified organisms (GMOs). They have patents or patent applications or other connections to the seed industry.

That is the conclusion of a September 2022 investigatory report commissioned by the Greens/EFA in the European Parliament – Behind the smokescreen: Vested interests of EU scientists lobbying for GMO deregulation. These scientists will benefit financially or in terms of career development, either personally or through their organisations.

FOAM Organics Europe, an umbrella organisation for organic food and farming, notes that a group of 91 international scientists and policy experts have released a public statement opposing the use of the term ‘precision breeding’ to describe gene editing, on the grounds that it is “technically and scientifically inaccurate and therefore misleads parliament, regulators and the public” because gene editing is neither precise nor is it breeding.

“It is not only misleading but also dangerous, as deregulating these new techniques will have serious socio-economic consequences as well as potentially serious impacts on health and the environment.”

The European Court of Justice recognised this in 2018, ruling that organisms obtained with new genetic modification techniques must be regulated under the EU’s existing GMO laws. But there has been intense lobbying from the agriculture biotech industry to weaken the legislation: the industry had by late 2021 spent at least €36 million lobbying the EU.

The push for GMOs and their newer NGT versions is relentless – despite the risks and despite most of the public not wanting them. That is according to research by Pew Research Center conducted between October 2019 and March 2020. For instance, in Russia, 70% of the public regard GM foods as generally unsafe to eat. The figure is 62% in Italy, 58% in India and 57% in South Korea.

In reviewing research findings into public perceptions of GMOs, GMWatch concludes that many consumers do not want GM (including gene-edited) foods and a large majority want to see gene-edited foods assessed for safety and labelled.

The case for GM is weak, despite incessant industry PR about GM being necessary to feed the world.  GMWatch notes that GM crops do not increase intrinsic yield and, in some cases, they decrease it (noted in the book GMO Myths and Truths). Moreover, world hunger is not caused by a lack of agricultural productivity but by poverty and an inherently unjust globalised food system.

Yet, around the world, the industry’s drive to get GM crops into fields persists. In India, the country’s apex regulatory body recently sanctioned GM mustard for cultivation. This would be India’s first GM food crop.

This, despite a public interest litigation (PIL) before the Supreme Court to prevent cultivation and the widespread rejection of GM mustard by farmers’ organisations. Something not lost on Ashwani Mahajan, national co- convenor of Swadeshi Jagran Manch, a body that promotes self-reliance and associated with the country’s ruling BJP.

“WHAT AN IRONY! Government is yet to find a respected farmer leader of repute to support GM Mustard and they say that they are bringing GM Mustard in farmers’ interests.”

Ashwani refers to a letter written by farmers leaders to PM Modi urging him to immediately put a stop to GM mustard.

The concerns set out in the letter by farmers’ leaders have been elucidated in the numerous affidavits as part of the GM mustard PIL before the Supreme Court (the online article Prominent Lawyer Prashant Bhushan Urges Indian Government to Stop Commercialisation of GM Mustard provides an overview of some of the key evidence).

The letter objects to the decision of the Genetic Engineering Appraisal Committee to approve the environmental release of GM HT Mustard, hybrid DHM-11 and its parental lines. These parental lines will be distributed to private and public sector researchers to develop other hybrids.

“The farmers are already in distress! This HT (herbicide-tolerant) mustard will further coerce them towards the usage of a deadly herbicide (glufosinate) which will only benefit large agro-chemical corporations like Bayer, the producer of this herbicide. Your Ministry’s regulators have made various ‘claims’ in favour of the release of DHM-11, all of which lack logic or science.”

The letter states that independent scientists have exposed claims about yield increases through GM HT mustard to be hollow and unfounded. Data has been rigged and manipulated and protocols have been severely compromised:

“It is unscientific that the Government of India and its regulators are parroting the false claims of the crop developers… yields are going to decline if this GM mustard is approved – that is because this GM mustard is a low-yielder compared to other non-GM varieties and hybrids in the market.”

It is often stated that this GM mustard is an Indian creation. But the letter makes it clear it is a Bayer construct, a patented technology of Bayer Crop Science, and this has been concealed from the people of India.

Independent experts who have looked into the biosafety data submitted by the crop developer at Delhi University have clearly pointed out that GM mustard has not been tested rigorously and adequately and has never been tested as a herbicide tolerant crop.

“What is also important to note is that glufosinate is a dangerous herbicide, like glyphosate. It is irresponsible for the regulatory body to recommend environmental release, and then ask for testing to be done post-environmental release, knowing fully well that GM technology is a living technology, irreversible and uncontrollable.”

Supporters of GM mustard say it will help reduce the edible oil import bill of India. But India is nearly self-sufficient when it comes to mustard demand and supply. The letter also discusses adverse trade implications of allowing GMOs to contaminate India’s food supply.

PM Modi is also made aware that GM crops like DHM-11 will contaminate neighbouring crops by outcrossing. He is asked: How will the purity of seeds and crops be maintained and protect organic certification? And given that GM Mustard is herbicide tolerant, there is the strong possibility that farmers will end up on a financially costly health- and environment-damaging chemical treadmill.

The letter states that GM technology is unproven and heavily dependent on agro-chemicals. It says GM crops will be an unnecessary addition of pressure into a system that is already squeezing the farmer dry, adding to the riskiness in farming.

“GM crops clearly are a relinquishment of our sovereignty to corporate interests that will threaten our food supply and our ability to control our own food chain.”

India is a centre for diversity for mustard and several high-level official committees have time and time again recommended against transgenic technologies in crops for which the country is the centre of origin or centre of diversity.