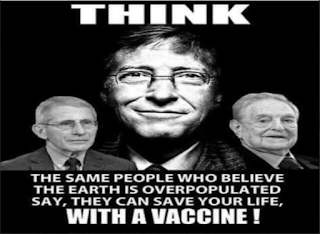 In an alarming story Saturday morning over at the Daily Mail, they tell us the story of one Christine Gauthier, a disabled, paraplegic Canadian Army Veteran and former Paralympian, who was seeking help in getting a wheelchair lift put into her home, only to be told by a Canadian Veteran Affairs staffer they’d be happy to offer her medically assisted suicide instead.

With euthanasia legal in Canada since 2016, Gauthier testified before the Canadian Parliament just days ago about that experience, alarmed that the Canadian government would be so happy to kill her instead of help her put that wheelchair lift into her home, and as all of the top-voted comments on that story pointed out, none of us should be the least bit surprised as this is the way the globalists are herding the masses in 2022. As Gauthier told investigators, the Canadian government doesn’t want to help her live, but are more than happy to help her die.

With the top-voted comment on that story being simply “I can’t even find the words. Total dystopian evil,” as another one of the top-voted comments pointed out, “So this is the future. Can’t get the health care or assistance you need, the answer is maybe you should think about dying? If you think those laws are just put into place to help those suffering from terminal illness, think again.”

And with another commenter on that story comparing what happened to Christine Gauthier to the classic 1976 science fiction movie “Logan’s Run” starring Michael York, Jenny Agutter, Richard Jordan, Roscoe Lee Browne, Farrah Fawcett, and Peter Ustinov, a movie that depicts a utopian future society on the surface, revealed as a dystopia, where the population and the consumption of resources are maintained in equilibrium by killing everyone who reaches the age of 30, how far away are we from something a bit like that now, with the globalists long pushing to kill-off the ‘useless eaters?’

And with another one of the top-voted comments on the story pointing out: “I used to think Canada was a really easy going genuine nice country and while most people are, the country itself and certainly its politics are really sinister and dark. This obsession with embracing death is deeply disturbing,” as another person commenting replied to them, “That’s Socialist Marxism right there on full display.”

And with that alarming story out of Canada happening at the very same time as a massive ‘die-off’ here in America, with numerous courageous doctors who stood strongly against the mandatory vaxxes warning “We Are About To See One Of The Greatest Human Die Offs Of All Time,” in another alarming new story by Dr. Joseph Mercola over at his website we’re warned this is nothing less than ‘depopulation’ being carried out before our very eyes, the globalists fully engaged in carrying out genocide.

The Great Reset Is a Depopulation Plan

While most people think of things like recycling, green energy and circular economies when they hear “sustainable development,” the sustainability of world resources is dependent on depopulation.

In the Malthusian equation, you cannot sustain life on planet earth unless you control the population size. So, everything marketed under the banner of sustainable development is part of a eugenics agenda. It’s about depopulation.

In his book, “COVID-19: The Great Reset,” Schwab describes how the pandemic serves as the springboard for a global reset into the sustainable system he and his allies have so long envisioned and worked toward.

We know that adherents to Malthusian principles and long-time eugenicist proponents such as Gates and Schwab have had a hand in planning and directing the pandemic response, which just so happens to focus on a wholly unethical marketing campaign of these experimental COVID shots that are now killing perfectly healthy people and driving birth rates off a cliff. Coincidence?