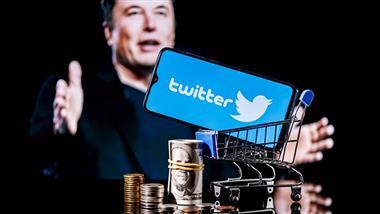 With Elon Musk now behind the wheel at Twitter, will the platform become a safe haven for free speech? Time will tell, but for now, things seem to be moving in the right direction. Of course, information gatekeepers and controllers are already going into convulsions over the fact that engagement on posts from sites like mine have gone up from near-nonexistent to negligible.

NewsGuard in a Panic

“In the week following Elon Musk’s acquisition of Twitter, the most popular untrustworthy accounts enjoyed a 57.04% increase in engagement in the form of likes and retweets, according to a survey undertaken by NewsGuard …

In the week after the acquisition (Oct. 27, 2022-Nov. 3, 2022), tweets posted by the 25 most-followed Twitter accounts that are tracked by NewsWhip, a social media monitoring company, and linked to publishers that NewsGuard has assessed as repeatedly spreading false information garnered 3,115,664 likes and retweets …

Two weeks prior to the acquisition, Oct. 13-Oct. 20, 2022, those same accounts received 1,983,953 likes and retweets. (Likes and retweets constitute overall ‘engagement.’) That accounts for a 57.04% cumulative increase post-Musk. (Note: These 25 accounts are in the top-50 most followed NewsGuard-rated untrustworthy accounts …)

For example, the interactions of the Twitter account linked to Mercola.com — a website of healthcare hoax purveyor Joseph Mercola that has published numerous false claims about vaccines and the COVID-19 pandemic — rose from 932 to 19,259, a 1966.42% increase in engagement and the largest increase measured by NewsGuard. At the same time, the account’s tweet volume rose from 6 to 23.”

A Fragile House of Cards

Oh boy, a rise in engagement from 932 likes and retweets to 19,259! Nineteen thousand people engaged with my articles, and the roof is caving in on propaganda headquarters. That’s how fragile their house of cards is. To be clear, 19,000 engagements in a week are nothing compared to the reach and engagements we used to have.

Even more ridiculous is NewsGuard’s panic over the “explosion” of exposure of Dr. Christiane Northrup, whose weekly engagement tally rose from 63 to 704 after Musk’s entry into the wheelhouse. Just incredible. How are they ever going to keep the brainwashing going when 700 people are exposed to the likes of Northrup?! In a single week!

Sarcasm aside, this just goes to show how desperate the propagandists are. To top off their indignation, Musk has not replied to the emails and calls made by NewsGuard in November “asking about its handling of untrustworthy accounts and the boost in engagement for misinformation spreaders.” The nerve.

That said, some analysts predict Musk’s Twitter takeover will have little effect on censorship, on or off Twitter. Writing for Townhall in early May 2022, columnist Mike Benz noted:2

“As a former State Department diplomat in charge of the ‘Big Tech’ portfolio, I have had a privileged glimpse into the myriad forces driving modern Internet censorship.

Having seen what Musk is up against first-hand, I feel little elation at the arrival of the Deus Ex Muskina. From 2006 to 2016, censorship was an act. In the five years that followed, censorship became an industry.

Its powerful stakeholders now span every major media conglomerate, every major online payment provider, every major US and UK college and university, hundreds of think tanks, NGOs and pressure groups, international regulatory and watchdog commissions, and is now firmly interwoven with the policies and operations of the US State Department, the Pentagon, and the intelligence services …

In addition to those listed by Benz, additional censorship stakeholders and promoters are detailed in “The Web of Players Trying to Silence Truth.” A key hub within this vast network are PR firms that represent the corporatocracy (the economic, political and judicial systems controlled by corporations).

The role of the free press is to counter industry propaganda. Over time, that role was subverted through advertising. This is why news outlets rarely, if ever, touch on anything that might damage their advertisers.

In addition to that already powerful incentive to censor the truth, there’s the fact that the U.S. government legalized the use of state propaganda against American citizens in 2012.

So, what we face now is a corporate stronghold over media combined with a state-run propaganda machine. Countless private-public partnerships between government and corporations bind the two camps together in a pact to dictate “truth” to the public, and they’re on the same page, because their interests are identical.

The goal is to sacrifice United States’ sovereignty to a One World Government, using the need for global biosecurity and the impending threat of climate change as justifications for doing so.

The Role of PR Companies

To that end, we have centralized propaganda hubs like the Publicis Groupe, one of the largest PR firms in the world, which represents a long list of major companies within the technology, pharmaceutical and banking industries AND is a partner of the World Economic Forum (WEF) and Google,3,4 AND funded the startup of NewsGuard.

Those connections alone give Publicis the ability to direct and control censorship through fact checkers and online search engines.

NewsGuard, in turn, is partnered with the U.S. State Department, the U.S. Department of Defense, the World Health Organization5 and the Centre for Countering Digital Hate (CCDH) — a dark money group with extensive ties to government and global think tanks that is calling for the weaponization of intelligence and national defense against citizens who see through the propaganda.