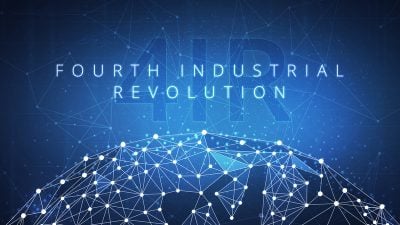 It’s all part of the plan to destroy civilization as we know it, to replace it with the  4th Industrial Revolution robots and humanoids – acting on AI-generated electronic commands and surviving on programmable digital central bank currencies (DCBC).

If we keep sitting at the sideline, watching, instead of doing something to stop this insanity, this crime of biblical proportions, it indeed will happen. Humanity and what’s left of Mother Earth will be ready for the abyss.

Shortages create inflation – and if inflation doesn’t occur naturally, it is manufactured. Media propaganda talking full-time of inflation gives industrial and service conglomerates a free pass to increase prices. Nobody questions whether its justified. The media says there is inflation – so, price increases are indeed of the order.

Many of the crises are not even happening in reality; most of them just in the media. By 24/7 endless propaganda. And by Artificial Intelligence (AI)-induced appearances.

And soon to come Central Bank Digital Currencies (CBDC) will be replacing our cash currencies. CBDCs will eventually be programmable. They can be turned on and off, and programmed to be used for certain purchases – goods or services, whether you want them or need them or not. Your behavior and obedience will be crucial. See this 7-min video-awakener, an excellent summary of what governments through CBDCs will be able to do with us, see blow or click here.

Right now, we are being primed for the abyss.

Many odd things are happening at the same time. For confusion. But also, for speed of implementation of the nefarious Agenda 2030 – the Great Reset — and, of course, the 4th Industrial Revolution, supposed to make of human survivors transhumans.

Reputed researchers and analysts have said it before, have warned us, humanity, of the looming annihilation. It must be repeated until a societal mental breakthrough is achieved.

Hélas, so far to not much avail. Not giving up is the ruling Mantra.

We keep sitting on our sofas, watching the mainstream news – the eternal lie-machine. We are royally distracted by the War in Ukraine. The media even tells us day-in-day-out that Putin is the villain. That more weapons need to be supplied by NATO countries to Ukraine, and that more budget support must be given to President Zelenskyy. Putin is responsible for all the catastrophes descending upon us.

Zelensky’s Ukraine has already received close to 100 billion US-dollars equivalent in weapons and “budget support” mostly from the US and the EU. But Zelenskyy is not happy. He screams for more. While Putin is responsible for the endless misery.

There cannot be a balanced view. Unless you take your own life in your own hands and in your own mind and start on your own thinking and adding up the dots. Turn off the mainstream media, TV, radio, newspapers, and seek out alternative news.

The challenge is, we don’t want a balanced view. Because if we did, we would have to think on our own. We might wake up to an uncomfortable reality.

We don’t want to leave the realm of our silky-cushy comfort.

Focus on the war – is a distraction from what’s being prepared behind iron gates.

German and Italian gas deposits are full to 94%, or more. This is the case throughout Europe. Definitely no energy crisis. And if for some reason there was to be an energy shortage, President Putin has repeatedly emphasized Russia would honor her contractual engagements with Europe and the world. And he certainly would – if NATO lets him.

So that this won’t happen, Washington instigated the destruction of Nord Stream 1 and 2.

Russia asserted, the pipelines could be fixed, but Washington / NATO won’t allow it. Madame von der Leyen, (unelected) President of the European Commission (EC) and her buddy, German Chancellor Olaf Scholz – both obedient scholars of Klaus Schwab’s (WEF) Academy for Young Global Leaders (YGL) – are hellbent not to repair the gas pipelines and to let Europe go down the drain.

European gas LNG (Liquefied Natural Gas) storage tanks are filled to the brim, above the average of the last ten years. There is no space for more hydrocarbons in available deposits.

Hundreds if not thousands of fully loaded fossil fuel tankers are floating the oceans. They cannot unload their goods because, either they are not allowed to, mainly by the European and North American port authorities, who are following orders from the Dark Cult, or they cannot unload, because there is no space for storage, or they – the gas and petrol companies – don’t want to unload, because, of negative gas prices. See this map of tankers on high seas, unable to unload.

Natural gas futures in several European markets were negative. The first time in history. Of course, these are spot prices. They may fluctuate by the hour – but the sheer fact that they have fallen into the negative zone, indicates that energy shortages are manipulated.