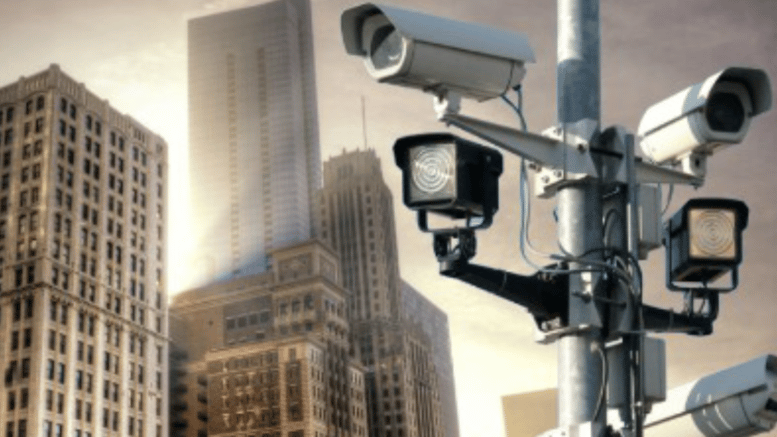 Technocracy is scientific dictatorship and it is rising up all around us. Americans need to take eyes off of political dogfights and see that the Biden Administration is spending billions to embed “SMART CITY” technology all across our nation. It is the infrastructure of a gulag without physical walls. ⁃ TN Editor

Aman Jabbi is a native of India and an engineer who worked in Silicon Valley for 25 years, co-inventor of two cellphone camera apps. He emigrated to the United States in 1988 because he admired America’s culture of liberty and ingenuity.

Jabbi now lives in Big Fork, Montana, and has become, in my opinion, one of the most important whistleblowers and voices of warning about the coming beast system.

His message needs to be heard by all Americans and I highly recommend my readers find one hour during the Thanksgiving weekend to hear him out in the video I have posted below. If you agree with me that his message is essential, please share this article and the video with your friends and family.

Before you can break out of the matrix, you need to know that you live in a matrix, and that involves recognizing the tentacles of the matrix gaining a stranglehold on your life.

Most of us spend way too much time focused on the wrong things. We talk endlessly about what’s going on in Washington when we’ve invited the beast system right into our homes, even get it injected into our own bodies. We place ourselves on a path to destruction out of fear, lack of information (ignorance) and lack of discernment.

Even if you live in a red state like Florida, Georgia, Tennessee or Texas, you will not be insulated or protected from the beast system because its claws are already dug into the infrastructure of all 50 states.

We have people, well-intentioned people, in the conservative movement who make their living warning us about the socialists, the communists or the Islamists.

Here’s the hard truth: We could eliminate every single socialist, communist and Islamist from America tomorrow and we would still be in a heap of trouble because the globalists already have the laws and technological infrastructure in place to convert our Republic into a technocratic slave state.

Some of the most advanced elements of this infrastructure, as Jabbi points out, are in states like Florida and Georgia and other red states.

This is the dark underside of tyranny that nobody wants to talk about. Not a single politician talks about it on a regular basis. Senator Rand Paul of Kentucky comes perhaps the closest to understanding this system but I wonder if even he understands the full scope of the problem.

The way to defeat this system is so simple and yet so difficult. One thing I can promise you is that we will never vote our way out of it because the same people who are laying the infrastructure for SMART Cities worldwide are in control of the voting systems internationally.

Because there are so many of us as opposed to so few of them, we must use the power of numbers.

All we have to do is say no. Reject the tools of our enslavement that are offered on a shiny silver platter that looks so enticing.

We must recognize that these are the very same tools and products that make our busy 21st century lives so convenient, so efficient and entertaining. And so we buy them on cue, we upgrade them on cue, we hand over our biometric data on cue, until one day we will wake up and realize we have convenienced ourselves and entertained ourselves right into a digital gulag from which there is no escape.

This is how the globalists intend on breaking the backs of free Americans. They will do it through our finances, through the healthcare system and through the entertainment systems. Digital ID cards disguised as “health passports” or “SMART Health Cards,” will be required to work a job, to access the Internet and the coming digital bank accounts or digital wallets. The convergence of all these systems will make sure, in the words of U.N. Agenda 2030, “no person gets left behind.”

By the time most people wake up and see that they have walked into a trap, it will be too late. They will have all your data, they will know everything about you, your strengths, your weaknesses, your vulnerabilities.

As Jabbi says, “You can deny reality but you can’t deny the consequences.”

The choice is simple. Will you choose to live as a slave in a digital concentration camp, or as a free human being in full possession of your bodily autonomy and your free will?

Without further adieu, I invite you to hear Aman Jabbi. If you don’t have the time to listen to the full video, you will still learn a lot in the first 20 to 25 minutes. In fact, I would recommend watching only half of this video and making notes, process it, then watch the second half.

Jabbi gives what I believe is the most comprehensive description of the Beast System that I have seen anywhere.

So you can see that most of the damage is being done at the local level using federal money.

The large cities are toast. They’re all converting to SMART technology and anyone still living in one should make plans to leave immediately.

If you don’t believe me, type “Smart city networks” into your favorite search engine and peruse what comes up.

But it’s more than just big cities. I’m not sure that many medium or even small cities will be able to resist being folded into this techno-totalitarian infrastructure. What is still within our control is our homes and, ultimately, our own souls, and this is what we must protect from the demonic spirits of control that have been unleashed upon the world.

What Jabbi is describing in the above video is an extremely invasive technology being set up in SMART Cities – from license-plate readers to SMART Lights and SMART Poles to SMART cars and SMART neighborhoods, SMART homes and SMART appliances – all connected to 5G and wirelessly communicating with each other.

If you pay attention, you will see hundreds of these LED light poles lining streets and highways and in many cases they are retrofitted with surveillance cameras and speakers for listening. Jabbi also talks about drones charging stations being set up and how drones might be weaponized against citizens.

All of this weaponized infrastructure is being installed with federal money, hundreds of millions of dollars tucked into Joe Biden’s infrastructure bill as well as his Inflation Reduction Act bill, both of which were passed by Congress with help from Republicans.

City and county leaders are fools for federal grants. They typically don’t even question what they are buying into with someone else’s money. To them, it’s just free money to “invest” in local infrastructure.

And, as Jabbi lays out, it’s all being done in the name of safety and security.

OUR STREETS ARE SPYING ON US

Many of these LED Smart lights are outfitted with what’s called PUKE Ray technology, which can be weaponized and used to incapacitate humans. This is a military technology being applied in our cities for potential use against civilians, curtesy of the U.S. Department of Homeland Security.

All major intersections in a SMART City have digital surveillance cameras. Pay attention to interstate highways, which are also now being outfitted with this technology. These cameras will be capable of logging the license plates of every car that passes by in real time.

Cameras and listening devices are going up everywhere, in large, medium and even smaller cities.

OUR CELLPHONES ARE SPYING ON US

Your cellphone is listening to you as well. And many of the newest phones are capable of tracking your eye movements on the screen.

And all of this technology is not for our safety and security, as advertised. It’s to grab data and use it to “change your behavior,” meaning the data will be used to enforce the coming social-credit scoring system on all Americans and free people everywhere.