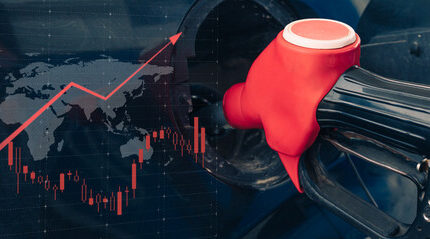 Robert Kiyosaki, the author of “Rich Dad, Poor Dad” said that people should be stockpiling food right now. As the diesel supply in the United States and elsewhere plummets, so will deliveries of food and necessities.

A low supply of diesel fuel means a higher fuel price which means higher delivery costs. This could add to the looming hyperinflation threat we face and make eating unaffordable for many consumers.

Inventories of diesel have sunk far below emergency levels, and EIA data showed that the United States had only 25 days’ supply of diesel left in reserves as of three weeks ago — a low not seen since 2008.  Obviously, refineries are continuing to add to that supply, but are they adding fuel quickly enough to remove the threat of hyperinflation?

“Ahead of the holidays, this will be something that keeps the price of goods higher,” GasBuddy’s Patrick De Haan told CBS News according to Markets Insider, referring to diesel at $5.30 a gallon highs. “Consumers won’t feel it when filling up with gasoline, but as they shop for the holidays, the cost of goods will be higher. It will contribute to some level of inflation,” he added, noting that Amazon has turned to the use of more planes and has raised the price of Prime membership at the same time.

As recently as 2019, the number had dropped to 26.0. Did we run out in 26 days after that in 2019? No, that’s ridiculous, things were tight then, and they’re very tight now. We’ll make it, but there may be some headaches (or migraines) along the way.

Tom Kloza, the global head of energy analysis at Opis told USA Today that “The public are apoplectic when gas rises, but diesel has incredible impacts to inflation in the form of freight costs and surcharges. Between now and the end of November, if we don’t build inventories, the wolf will be at the door. And it will look like a big ugly wolf if it’s a cold winter.”

Ed Hirs, a University of Houston professor of energy economics suggested there’s no reason to panic about the low US diesel supplies, as reserves are topped up on a rolling basis. “Inventories of diesel and gasoline are down below five-year averages, and if the entire world were to stop, we would have 25 days worth of diesel. But the world doesn’t stop. We’re not counting on it stopping,” Hirs told CBS MoneyWatch.

“Your grocery store may have an inventory of three days of milk. That’s because they only have three days’ worth at any given point. But the cow keeps milking, the farmer keeps sending milk, the dairy keeps delivering,” he said.

So basically, the experts are telling us not to worry, it’ll just be hyperinflation that becomes the end result of a low diesel fuel supply.