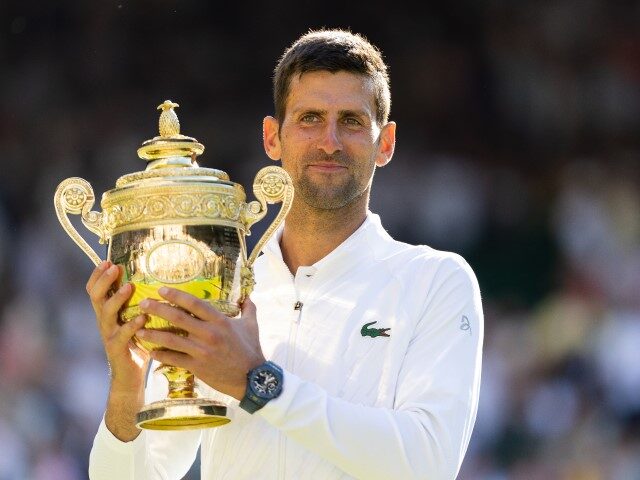 Multiple media outlets reported on Tuesday, citing Australian government officials, that tennis champion Novak Djokovic’s visa ban would be revoked in time for him to play the Australian Open in January.

Australian officials imprisoned Djokovic, a 21-time Grand Slam champion, in a migrant detention facility last January after his arrival to the country and ultimately deported him on the grounds that his presence in the country may inspire Australian citizens to reconsider receiving doses of Chinese coronavirus vaccination products. Djokovic had revealed that he has not ingested any coronavirus vaccination products and requested a medical exemption to the vaccine requirement for entering Australia before traveling to Melbourne for the tournament.

The Australian government overturning the ban on Djokovic entering the country does not necessarily protect him from another arrest and deportation, as Djokovic possessed a legal visa to enter the country when he was detained in Melbourne early this year.

Djokovic’s arrest prompted a wave of protests outside of the facility holding him and added to mounting pressure on the government of then-Prime Minister Scott Morrison to ease civil rights abuses against citizens and foreigners in the name of preventing the spread of Chinese coronavirus. 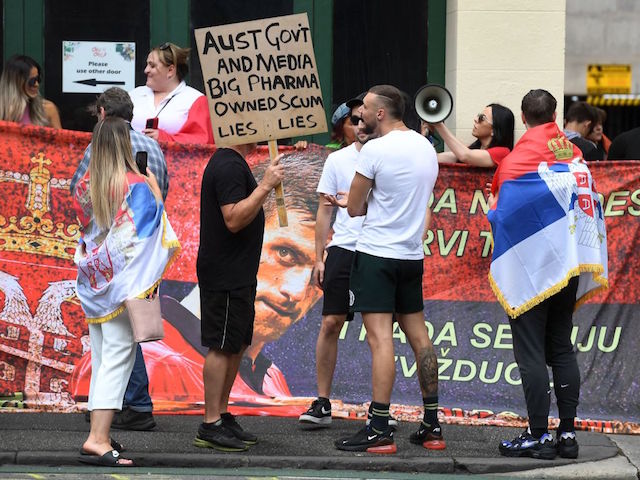 People hold placards up at a government detention centre where Serbia’s tennis champion Novak Djokovic is reported to be staying in Melbourne on January 7, 2022, after Australia said it had cancelled the entry visa of Djokovic, opening the way for his detention and deportation in a dramatic reversal for the tennis world number one. (WILLIAM WEST/AFP via Getty Images)

Djokovic is one of history’s winningest male singles tennis players. Prior to the deportation, he was poised to win more Grand Slam titles than anyone in history. His absence allowed longtime champion Rafael Nadal to win the Australian Open trophy. Nadal also won the Roland Garros tournament in France, where Djokovic also played, resulting in him claiming a record 22 Grand Slam trophies and surpassing Djokovic for the title of history’s most prolific male singles champion. Djokovic currently holds 21 such trophies and won the Wimbledon tournament – also marred by a ban on Russian players, meaning top-ranked Daniil Medvedev could not compete.

Morrison lost his job in May to current Prime Minister Anthony Albanese, a left-wing politician who has since eased travel restrictions related to the pandemic.