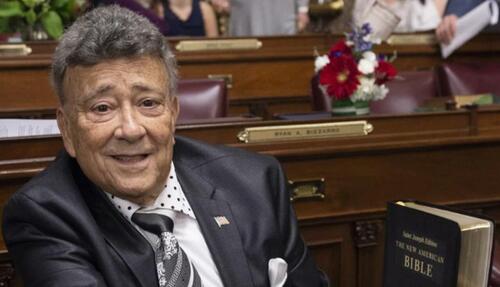 A Pennsylvania state representative who died in October was reelected during yesterday’s midterm elections, according to the Pennsylvania House Democratic Caucus.

Anthony “Tony” DeLuca, 85, died Oct. 9 “after a brief battle with lymphoma, a disease he twice previously beat,” the Caucus said in a statement.

“While we’re incredibly saddened by the loss of Representative Tony DeLuca, we are proud to see the voters continue to show their confidence in him and his commitment to Democratic values by re-electing him posthumously. A special election will follow soon,” said PA House Democrats in a tweet, Fox News reports.

AP calls HD32 race for Tony DeLuca. DeLuca died in October, and there will be a special election to fill this seat.

Challenger Queonia “Zarah” Livingston, who is living, ran a far-left campaign, with her top three priorities listed on her website as; environmental justice, ending the war on drugs and reducing gun violence.

DeLuca was a resident of Penn Hills for over 60 years. He got his start in politics serving on the Penn Hills Government Study Commission, then five years as a Penn Hills Councilman, followed by two years as Penn Hills Deputy Mayor before running for his legislative seat and defeating the Republican incumbent. -Fox News