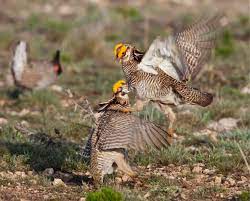 Nov. 5—An extraordinary press availability organized by EIR this Saturday, Nov. 5, brought together military, security and diplomatic experts from both sides of the Atlantic with “gray-haired” and “gutsy young” citizen activists, Schiller Institute founder Helga Zepp-LaRouche and the independent U.S. Senate candidate in New York Diane Sare to strategize together on how to catalyze the biggest worldwide non-violent movement in history to save humanity from a nuclear catastrophe.

The discussion remoralized and energized the speakers, the journalists and activists who asked questions and offered their thoughts after them, and viewers alike. Particularly notable were the exchanges between the senior retired French military officers and their American counterparts, and the interventions of very serious young leaders from the Schiller Institute and several different organizations. The seed crystal of Zepp-LaRouche’s call for a movement of world citizens to secure humanity’s durable survival is growing by leaps and bounds.

None too early. The day before EIR’s conference, the Pentagon flaunted its expectations of permanent war in Europe, announcing it will stand up a permanent headquarters, inside Germany, to oversee military aid to Ukraine “for the long term.” (Was Germany even consulted about these plans for its territory?)

The day before that, the head of the U.S. Strategic Command, Navy Adm. Charles Richard, the man who commands U.S. nuclear forces, issued a wild call to ramp up U.S. nuclear armament production in a mobilization not seen since the Moon landing project. This madman called Ukraine merely “the warm-up” for “the big one”: confrontation with China. His call was enthusiastically endorsed by the Wall Street Journal.

Former senior CIA analyst Ray McGovern, a founder of the anti-war Veteran Intelligence Professionals for Sanity (VIPS), at one point in EIR’s conference had posed the problem: When the Russian leadership looks at the U.S., they ask themselves, “who is in charge?” The President? Or is it the Strategic Command? That is what makes the situation so absolutely “delicate,” he warned.

The world is sick of such warmongering! Russia’s Ambassador to the U.S. Anatoly Antonov reiterated again this week from San Francisco, that Russia “firmly believes that the dialogue between our countries is necessary. It is necessary not only in the interests of Russia and the United States, but in the interests of the entire international society.”

When Chinese President Xi Jinping and German Chancellor Olaf Scholz met in Beijing on Nov. 4, the two echoed the doctrine on which EIR’s press conference was organized: that nuclear war cannot be won and must never be fought—a commitment reported by the Chinese Foreign Ministry, which Western media outlets then reported as a Chinese rebuke of Russia and President Putin, because, they lie, the Russians are the ones threatening nuclear war, not anyone in the West!

When his time came to raise a question, political activist Kim Dotcom asked each panelist in EIR’s press conference to state in 60 seconds what they believe to be the cause of NATO’s “proxy” war in Europe?

That is the crucial question; to answer that is to identify the solution, as Helga Zepp-LaRouche did in response. The cause of the war is the epochal change opened by the majority of humanity coming together to create a new economic system to replace the collapsing Trans-Atlantic financial system, she responded. Nations across the world are working to create new currencies, based on a basket of commodities. Geopolitics, seeking to maintain the rule of a few, has to stop, that is what is leading us to nuclear war. The days of blocs are over. Humanity must come together to create a new international security and development architecture in which all nations participate as equals.