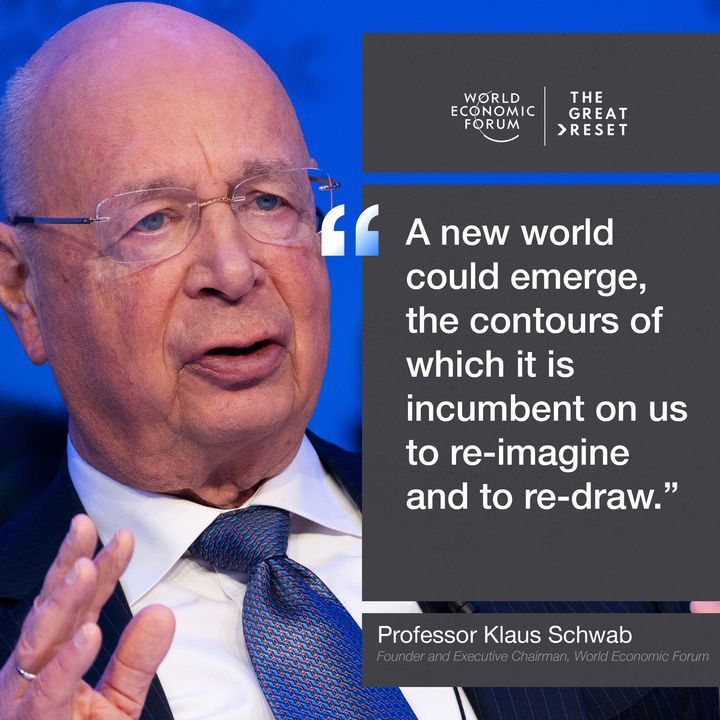 Fear is the key to obtaining compliance.  And by obtaining mass compliance during the pandemic, the global elite — operating through political leaders, international bodies, NGOs, and a vast network of “experts” and bureaucrats — audaciously tested ground for the Great Reset.  “Populations have overwhelmingly shown a willingness to make sacrifices,” said Klaus Schwab, founder of the World Economic Forum (WEF).  “The changes we have seen in response to COVID-19 prove that a reset of our economic and social foundations is possible.”

In his new book The Great Reset: Global Elites and the Permanent Lockdown, Marc Morano lays bare how “15 days to slow the spread” was actually “15 days to begin your conditioning to accept a new level of tyranny.”  He shows how the agenda was set decades before the pandemic and was given momentum during the post-9/11 War on Terror.  The signs of long preparation for the Great Reset are now quite evident.  Morano lists them, connecting the dots.

The goal was global governance, carbon taxes, the empowerment of unelected bureaucrats, and the stringent regulation of all human endeavors.  The gospel according to the WEF promises people that “you will own nothing, and you will be happy.”  In Schwab’s characterization of the Fourth Industrial Revolution, our physical, digital, and biological identities will fuse into one.  And in the interest of equity and inclusivity, we will sacrifice property, privacy, and liberty, remaining dependent on and therefore under the control of governments.  Meanwhile, the global elite will wrest ownership of, and power over, everything.  Hundreds of billionaire businessmen, influential financiers, and world leaders are on board with this project.

Morano believes that post-9/11, with the expansion of government powers through the PATRIOT Act, the so-called Global War on Terror (GWOT) evolved into a war against the populations of Western democracies.  Ironically, this war on Islamists produced authoritarian police states that curtailed any criticism of jihadist aspects of Islam, prohibited training of agents on Islamic doctrine, welcomed Muslim Brotherhood operatives into government, and insisted that “Islam is a religion of peace.”

Along with that, leftist and anarchist ideas were injected into governments and corporations via hordes of indoctrinated youths from the humanities departments of universities.  ESG (environment, social justice, governance) and DEI (diversity, equity, inclusion) became the shibboleths du jour.  In place of a robust, competitive, and meritocratic capitalism, “stakeholder” capitalism was ushered in.  This is aimed at eliminating small and medium businesses, consolidating the market in the hands of a few corporations, which, in symbiosis with governments, will control people.  Managers, so-called experts, and bureaucrats will become powerful.  But controlling them all will be billionaire financiers and their investment firms.

Morano identifies the institutions and individuals behind the Great Reset: the WEF, the U.N., the European Central Bank, the Organization for Economic Cooperation and Development, the International Monetary Fund, the Council on Foreign Relations, the Bilderberg Group, the Trilateral Commission, George Soros, Bill Gates, King Charles, Big Tech, union leaders, NGOs, and others.

During the pandemic, the merging of government and corporate power proved a major threat to individual liberty.  To “overcome the limits” of data privacy, Schwab had proposed “public-private data-sharing agreements” in his 2018 book Shaping the Future of the Fourth Industrial Revolution.  He also proudly promotes merging man and machine, with implantable computers to assess how people feel and react.  Unsurprisingly, the WEF “Global Risks Report 2019” says: “Authoritarianism is easier in a world of total visibility and traceability while democracy may turn out to be more difficult.”

Perhaps not so coincidentally, in 2019, the WEF had cohosted Event 201, a simulated fictional pandemic that included lockdowns, masking, and free speech suppression.  It visualized 65 million deaths, necessitating a global response from governments, international organizations, and global businesses.  As if mirroring that, since the COVID-19 pandemic, there have been endless emergency declarations, massive government spending, debt, runaway inflation, supply chain problems, an increase in crime, food shortages, skyrocketing energy prices, oppressive censorship, travel restrictions, limits on freedom of movement, and reduction in privacy.

Similar scenario analyses and simulations were also conducted by the Rockefeller Foundation in 2010 (documented in The Scenarios for the Future of Technology and International Development, a section of which bears the infamous title “Lock Step”), and in 2018 by the WEF and the Johns Hopkins Center for Health Security, called Clade X, visualizing millions of deaths, economic collapse, and societal upheaval.  Lockdowns and masking mandates were part of all three prescient test scenarios.

The actual COVID-19 lockdown was nothing short of the suspension of democracy.  Public health bureaucrats and expert overrode parliamentary debate to end constitutional rights to movement, association, earning a living, getting an education, and worshiping.  Answering those who wanted to know the truth about the pandemic, Dr Anthony Fauci, chief medical adviser to the U.S. president, even arrogated to himself a stand for all of science, saying, “Attacks on me are an attack on science.”  “The Science” — meaning the version promoted by governments and world bodies — was used to promote authoritarian measures.