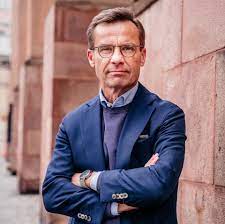 New Prime Minister Ulf Kristersson is not heeding to the Green agenda. He promptly eliminated the entire Ministry of Climate and Environment, marking the first time in 35 years that Sweden does not have a specific climate ministry. People are crying that the world will crumble without funding bureaucrats who pretend they have the ability to alter the weather cycle with enough funding.

Klaus Schwab’s plans for Agenda 2030 are in jeopardy. “Environmental issues are going to be given a disadvantage at the same time when we have a huge challenge in Sweden when it comes to biodiversity and forestry,” stated Stockholm University professor Karin Bäckstrand. “We won’t meet the Agenda 2030 goals on biodiversity.”

Democratic leader Ebba Busch will serve as the new Minister for Energy, and 26-year-old Liberal Romina Pourmokhtari will serve as the Minister of Climate and Environment, The Nationalist Sweden Democrats do not support the goal of achieving net zero emissions.