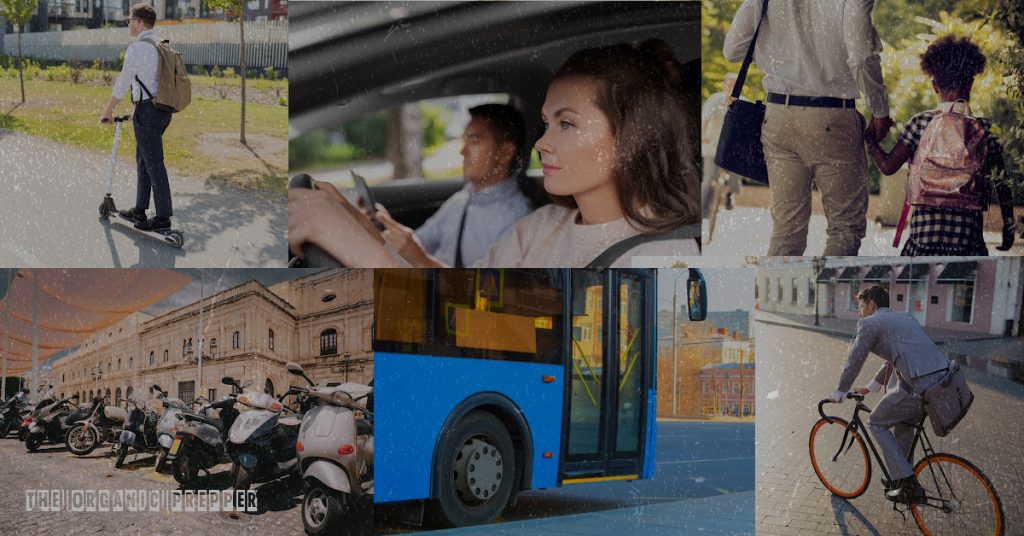 For those who believe an economic SHTF is in the cards – in the form of a deep recession or even depression – here are some proven ideas and strategies for transportation and mobility during austere times.

If I didn’t believe in the possibility of TEOTWAWKI, I wouldn’t be much of a prepper. But I don’t think the crap will hit the fan in full force, at least not in the more developed countries, states, and cities. I could be wrong, of course, but so far, history is on my side (thankfully, I must add).

However, crap happens even when it doesn’t hit the fan – and that’s exactly what Thirdwoldization is. No matter what occurs, life won’t return to how it was before 2020. The coming years will be difficult, and this will be an SHTF unto itself, particularly for populations used to high levels of comfort and convenience.

Whether the SHTF or not, the fact is the entire world is now experiencing a terrible economic downturn. People in the First World are starting to wake up to (and feel) that reality.

I’ve discussed the 1980s economic struggles in Brazil as well as the measures people took to maintain their standard of living. Jose from Venezuela also frequently offers practical guidance based on even worse situations that occurred in his country during the past ten years.

People frequently believe that the current situation is unprecedented, yet this is not the case. Of course, there are distinctions, but the background, particularly the energy crisis, is quite reminiscent of the periods I describe as reference. And energy, as a master commodity, is a powerful driver of change and turmoil.

The Yom Kippur War and the Iranian Revolution caused disruptions in Middle Eastern oil exports, resulting in the two biggest crises of this time period, the 1973 Oil Shock and the 1979 energy crisis.

The expense of driving rates is felt by American households. The cost of owning and maintaining a private car is one of the reasons why transportation is the second-highest average expense after housing. Driving poses a huge financial burden for many because median salaries have stagnated in inflation-adjusted terms, and many urban areas are facing even greater inclusion issues.

Necessity is the mother of invention.

These problems in the energy sector had an impact on people all over the world, in addition to the misery brought on by the weak economy. I recall the long waits in front of the gas stations as people waited for the gas truck to come.

Fuel was rationed, and you never knew if there would be enough to fill the tank once you reached the pump. Often we’d go back empty to try the next day again or sleep in the car to keep the place in line. To remain mobile, people had to adapt and devise new tactics.

When the SHTF, routine may be disrupted, but life carries on.

Also born out of necessity is adaptation. My experience has taught me that there isn’t much that can be done to prepare for such a situation, and I feel compelled to say as much. Certainly not in the manner that more conventional preparing promotes.

Traditional preparation works best for shocks, to soften the blow. Long-lasting crises call for a mental shift and ultimately result in lifestyle, routine, and habit modifications over time. This process is happening now, and that’s what I mean when I say the real crisis hasn’t yet sunk in. These things take time.

Be ready for the worst.

I will advise anyone who drives a gas guzzler to consider downsizing. Huge cars and powerful engines are luxuries that belong in prosperous, developed societies. For periods of less prosperity, smaller, more practical cars are preferable (and draw less attention as a bonus).

Many households own two, three, or even more vehicles. These accrue high, ongoing costs that include not only fuel but also taxes, insurance, maintenance, depreciation, and other costs. It’s a substantial burden that weighs heavily in the event of a drop in income, a job loss, or an emergency.

Moving closer to work, school, places of attendance, and other important locations is another excellent way to save money and time on commuting. Overall, it makes life simpler. I am aware that this is not always possible for everyone for a variety of reasons. In any case, make an effort to distinguish between psychological and actual, objective restrictions.