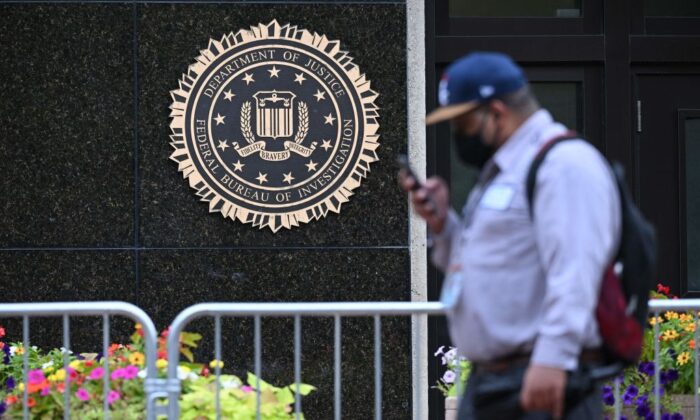 House Judiciary Republicans are asking a senior FBI official to testify in a transcribed interview, alleging the official has signed off on many “adverse personnel actions” against conservative agents, saying they were being targeted in a “purge.”

Their allegations concern Jennifer Leigh Moore, the executive assistant director of the FBI’s human resources branch, according to a Sept. 29 letter from Reps. Jim Jordan (R-Ohio), Darrell Issa (R-Calif.), and Mike Johnson (R-La.). Jordan is the ranking member of the House Judiciary Committee.

“This is beyond outrageous,” the House Judiciary GOP wrote on Twitter.

The lawmakers said they found out how conservative agents were being targeted while investigating “serious allegations of abuse and misconduct within the senior leadership of the Department of Justice and the Federal Bureau of Investigation.”

“During the course of this investigation, we have received protected whistleblower disclosures that the FBI is engaging in a ‘purge’ of employees with conservative views by revoking their security clearances and indefinitely suspending these employees,” the lawmakers wrote.

They added, “Many of the formal notices for these adverse personnel actions have been signed by you,” referring to Moore.

What’s more, the three lawmakers allege that Moore has “retaliated against at least one whistleblower who has made protected disclosures to Congress.”

That whistleblower shared information with the House Judiciary Committee about the Justice Department’s decision last year to create a threat tag label, to track cases of parents who protested at school board meetings, Jordan said in an interview with Fox News.

“Once a whistleblower makes a protected disclosure, an agency is prohibited from retaliating against the employee for that disclosure by taking or failing to take a personnel action,” the lawmakers wrote. “Your efforts to interfere with FBI employees who seek to expose the Bureau’s misconduct by communicating directly with Congress cannot be condoned.”

They added, “As we informed [FBI] Director Christopher Wray, we take whistleblower retaliation seriously and we therefore require that you appear for a transcribed interview as soon as possible.”

Moore is asked to schedule her transcribed interview by Oct. 4, according to the letter.

The FBI has denied wrongdoing in a statement to media outlets.

“The FBI does not target or take adverse action against employees for exercising their First Amendment rights or for their political views; to allege otherwise is false and misleading,” an FBI spokesperson said. “The FBI is required to follow established policies and procedures, to include a thorough investigation, when suspending or revoking a security clearance.”

On Monday, FBI agent Steve Friend revealed in his whistleblower complaint how the FBI was violating policies over its handling of the Jan. 6, 2021 Capitol breach investigation.

“I believed the investigations were inconsistent with FBI procedure and resulted in the violation of citizens’ Sixth and Eighth Amendment rights,” he wrote in his complaint. He added that one of his concerns was how the FBI was using SWAT teams to arrest Jan. 6 suspects facing misdemeanor charges.

He also wrote that he was told that child sexual abuse material investigations were “no longer an FBI priority” and should be referred to local law enforcement officials.

Friend, who has refused to participate in future operations relating to the Jan. 6 probe, has had his security clearance suspended, and has been stripped of his credentials, firearms, and badge.