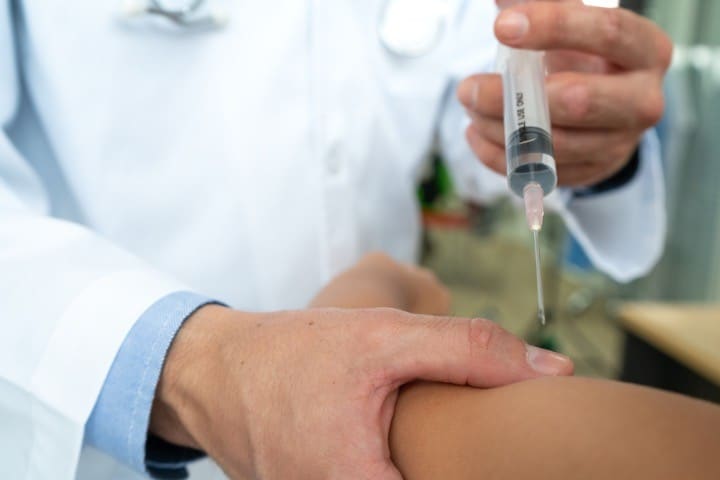 In 2017, we learned of the sad case of Charlie Gard, an infant born with a rare and severe genetic disorder. Even though his parents had raised the money for an experimental treatment overseas, British authorities refused to release the boy to his mom and dad, saying he deserved to “die with dignity.”

It was only the very next year that we heard about how a U.K. medical journal considered, positively, the “ethics” of actual child euthanasia without parental consent. And now, because ideas influence and “progress” marches on, it’s reported that this very idea is being studied by a Canadian parliamentary committee, a step toward it becoming law.

Canada is already being called “a world leader in euthanasia,” with the nation — whose population is lower than California’s — killing more than 10,000 people via “assisted” suicide last year alone and 31,000 since 2016. Of course, though, only hapless souls in mortal pain and at death’s door could possibly get the Kevorkian treatment, right? Hardly.

Canada’s Supreme Court overturned criminal prohibitions on assisted suicide in Carter v. Canada in 2015. Shortly afterward, parliament passed Bill C-14 in 2016, which legalized “medical aid in dying” (or MAiD) for adults with “enduring and intolerable suffering” and a “reasonably foreseeable death.” In 2021, Bill C-7 was passed, which legalized MAiD for those struggling with mental illness [Note: This assertion may be contradicted by the bill’s text]. Canada has become an international cautionary tale.

Impoverished people are turning to MAiD out of desperation because they cannot access the resources they need or the treatments they require in Canada’s broken healthcare system. The Toronto Star—the largest and most liberal newspaper in the country—called it “Hunger Games style social Darwinism.”

Sixty-three-year-old Alan Philips, who has lived with chronic pain for almost two decades, recently got approved for assisted suicide after trying for eighteen years to get spinal fusion surgery to relieve his agony. He cannot get the surgery and has been prescribed opioids instead. “I cannot get adequate healthcare,” he said. “I am fed opioids and left to kill myself. So I asked MAID … to kill me and they said ‘sure’!”

But, hey, Philips is 63 and a burden on society, right? Besides, “There were strong legal safeguards built into the original bill to prevent abuse,” the National Post wrote Tuesday — it was “only” available “to Canadians over the age of 18.”

This is no consolation to Ontario resident Margaret Marsilla, however. Common Sense told her story earlier this month:

She had known that her 23-year-old son, Kiano Vafaeian, was depressed—he was diabetic and had lost his vision in one eye, and he didn’t have a job or girlfriend or much of a future—and Marsilla asked her daughter to log onto Kiano’s account. (Kiano had given his sister access so she could help him with his email.) He never shared anything with his mother—what he was thinking, where he was going—and Marsilla was scared.

That was when Marsilla learned that Kiano had applied and, in late July, been approved for “medical assistance in dying,” aka MAiD, aka assisted suicide.

His death was scheduled for September 22.

Kiano’s parents had divorced — and he became hooked on marijuana — when he was a youth. So he’s clearly a troubled young man. But this means he needs counseling and spiritual upliftment (Truth), not a lethal injection.

The good news is that the “physician” who was poised to kill Kiano — an apparently ice-cold man named Dr. Joshua Tepper — abandoned the planned murder after he was outed and received harsh blowback.

But is there anything in Canada’s law to save the nation’s Kianos? In reality, Bill C-7 specifically states that it’s designed, among other things, to clarify “that persons whose sole underlying medical condition is a mental illness are not eligible for medical assistance in dying.” Yet this means it wasn’t clear in the law before.

Moreover, consider the wiggle room. A mildly “creative” doctor could consider a mentally ill person (e.g., chronically depressed) with the underlying condition of diabetes to be eligible for euthanasia. This was essentially the case with Kiano.

And what about people eight years younger? C-7 calls for a “comprehensive review of the provisions of the Criminal Code relating to medical assistance in dying and their application, including but not limited to issues relating to mature minors….” As to this, “According to Canada’s Department of Justice, parents are generally ‘entitled to make treatment decisions on their children’s behalf,’” Common Sense states. “The mature minor doctrine, however, allows children deemed sufficiently mature to make their own treatment decisions.”

This is another bizarre example of principle giving way to “progressive” preference. If a youth mayn’t drive or enter into contracts until 18, or buy alcohol or cigarettes until 21, do we make exceptions for 14-year-olds we find unusually “mature”? Would we even make these exceptions if “doctors” and/or judges deemed them unusually mature, as would happen with euthanasia? As many physicians’ reaction to Covid proves, doctors are hardly inerrant fonts of wisdom and expertise.

It goes without saying that a young man such as Kiano — who has his whole life before him and no doubt significant potential — but who wants to kill himself, is not in his right mind. But neither are many of our public officials. This is proven when they demand parental consent for a youth in school to have an aspirin, but will facilitate his so-called “gender transition” behind his parents’ backs. And now we’re nearing a point where, after making your child suicidal with sexual-confusion ideology, they may want to euthanize him behind your back as well.