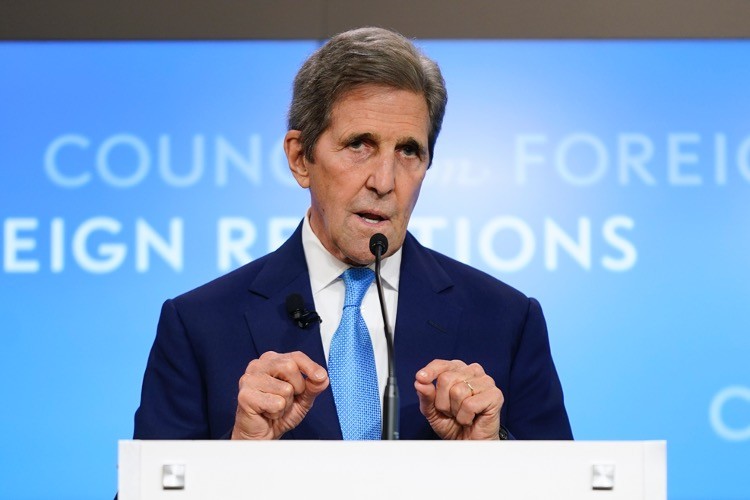 As “climate” dignitaries and world leaders prepare to converge on the Egyptian resort town of Sharm-El-Sheikh in mid November to solve the alleged “climate crisis,” the biggest issues to be decided will involve money — lots of it. Specifically, the questions to be resolved surround how much money governments must extract from the struggling middle classes of the “developed” world to bribe “developing country” governments and kleptocrats into keeping their populations in perpetual poverty and bondage. As “climate” becomes the new Covid, though, freedom is in danger, too.

Under the guise of what is called “loss and damage,” taxpayers in advanced nations such as the United States are expected to pay massive reparations to Third World governments. Relying on the increasingly dubious hypothesis that human emissions of carbon dioxide are causing catastrophic global warming, the argument is that advanced economies emitted more carbon dioxide as they became prosperous over the last century, and as such, they must compensate poorer, undeveloped nations for alleged climate damages. Everything from storms to droughts is being blamed on Western CO2 emissions. Those advanced economies get no credit for inventing the technologies that make the modern world possible.

The World Economic Forum, the fascistic and globalist Big Business alliance behind the Great Reset agenda, is publicly arguing that “climate reparations” must be “top of the agenda at COP27.” And governments of the world are taking note. Globalists and the Third World regimes demanding more money are calling for trillions of dollars in “reparations” for everything from floods to droughts. “By 2050, the economic cost of loss and damage in developing countries is estimated to be between $1-1.8 trillion,” WEF “expert” and propagandist Abhinav Chugh wrote on the increasingly controversial organization’s website.

A group of largely corrupt governments styling itself the “Alliance of Small Island States” (AOSIS) is demanding that taxpayers in wealthier countries hand over huge sums for a “response fund” that will help “climate victims recover from the loss and damage caused by present and future climate shocks,” according to the WEF. This “Alliance” will be backed by the largest group of governments and dictatorships within the UN system. Known as the G77 + China, the alliance represents about two thirds of the UN’s member governments. And it is openly seeking to turn the UN into an “emblem of global sovereignty.”

Speaking at the globalist Council on Foreign Relations, which basically serves as Deep State headquarters in the United States, Biden administration “climate” Czar John Kerry indicated a willingness to fork over huge sums of American tax dollars to the UN and its member governments, though he did not offer a specific figure. “We’re very concerned about the impacts of climate on all of these countries,” Special Climate Envoy Kerry explained at the globalist institution, pointing to nations dealing with natural disasters while pretending that these were caused by Americans’ SUVs and power plants.

Former Obama Secretary of State Kerry, who famously flew on a private jet to pick up his “climate” award in Iceland, did caution that there are political realities that must be considered, too. In particular, the prospect of a GOP takeover of Congress next month might mean that all of the administration’s promises are dead on arrival. “We’re all determined to come up with progress, but something real that we can begin to define for everybody,” Kerry added. “You’ve got to make things happen that can work, that can be functional in your own political system.”

While Republicans in Congress may be able to limit the amount that can be extracted from U.S. taxpayers, Kerry made clear that he wants the mega-banks to help, too. “For every $1 invested in low-carbon energy supply, $1.10 is invested in fossil fuels,” Kerry complained, a barely veiled swipe at investors and banks that continue financing critical companies and industries that the UN and the globalist establishment want to destroy. “The math and the science unequivocally make clear, we cannot hit our targets unless we dramatically change that ratio.”

Attorneys general from 19 states are currently investigating the mega-banks for their ties to UN “climate” schemes. That has caused several to scale back their scheming. But while American banks get cold feet about colluding with the UN to destroy America’s energy infrastructure, UN boss António Guterres offered another idea. The well-known socialist who led a global alliance of socialist and communist parties (many with the blood of millions on their hands) recently proposed a massive tax on oil and gas companies to fund the “reparations” slush fund. After all, bankrolling the ongoing controlled demolition of freedom, prosperity, and civilization is expensive.

As Europeans face the prospect of energy blackouts, food shortages, and industrial collapse amid severe energy shortages, tone-deaf European Union bigwigs are promising to double down on the policies that led to the escalating crisis. Other EU policy items on the agenda include implementing “climate action in the agricultural sector,” which is code for stepping up the war on small- and medium-sized farms to pave the way for a fascistic farming sector dominated by mega-corporations in bed with Big Government. Also on the list of EU goals was “address the gender dimension,” without elaboration.

One of the key figures helping to lead the EU delegation, Czech Minister of the Environment Anna Hubáčková, promised that the increasingly totalitarian superstate would further undermine the prosperity of the peoples it rules under the guise of saving the climate. “All eyes will be on us in Sharm El-Sheikh,” she said. “The EU has always been at the forefront of climate action and we will continue to lead by example. Protecting our planet for future generations requires a strong common global action. I am glad the EU has proved today that it is serious in its ambitions.”