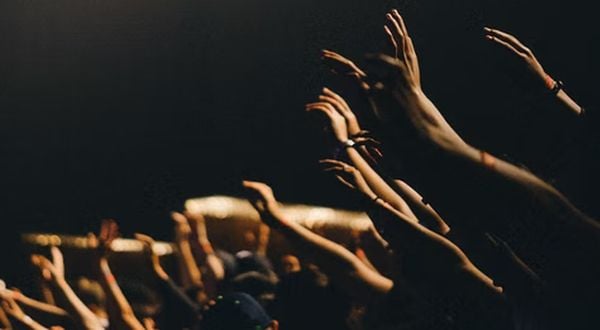 Gets immediate lesson on worship

People can be fairly sure that MSNBC guest Tristan Snell likely has been nowhere near an evangelical Christian church in, well, ever.

It’s because he saw a video for a crowd of conservatives raise their hands during prayer at a rally for Doug Mastriano supporters in Chambersburg, Pennsylvania.

And he promptly labeled the action a “Nazi salute.”

Yes, this is a Nazi salute, at a Doug Mastriano campaign event in Pennsylvania. In 2022.

Democracy is literally on the ballot in November.

He watched, and concluded: “Yes, this is a Nazi salute … Democracy is literally on the ballot in November.”

At Summit News, a report identified him as “a lawyer and recurring guest on MSNBC and CNN.”

And it noted he has “come under fire” for his condemnation.

It’s because evangelicals raising hands during prayer, during worship, during music, and even at rallies, is as run-of-the-mill as cars on a freeway and snow in December in Alaska.

The report explained, “Evangelical leader Lance Wallnau asked the crowd to rise, and asked them ‘if a proclamation can be a spiritual thing,’ before asking them to raise their hands for a prayer rally in support of Mastriano’s run for PA governor.”

He prayed, “Father I pray, that indeed Pennsylvania will be like Little Round Top, and America will have a new birth of liberty.”

The reaction to Snell’s claim was brutal, and even CNN said, “This is just people praying and it doesn’t even resemble a Nazi salute.”