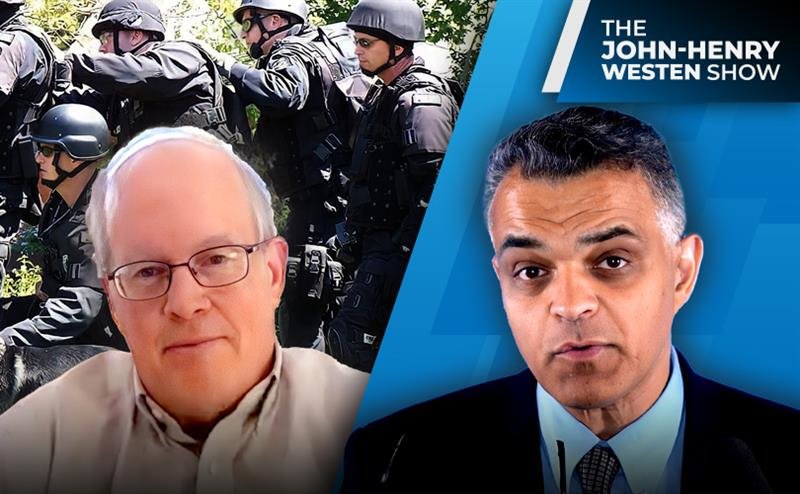 Today is a breaking news edition of The John-Henry Westen Show. I sat down with a spokesman for Mark Houck, the Catholic father of seven who was targeted in an FBI raid this past Friday.

If you are not yet caught up to speed on Houck’s story, he is accused of violating the FACE Act in 2021 for allegedly pushing an abortion facility volunteer who was harassing Houck’s 12-year-old son with particularly vulgar language. The FBI raid this past Friday involved at least 25 agents with guns drawn. The children were ordered to stay upstairs as they screamed in terror at the sight.

Middleton said Houck was released Friday afternoon, not long after the raid, but that the family is understandably still feeling a bit traumatized. Middleton also spoke about the difficulty of finding legal assistance, which he and the Houcks spent much of this past weekend trying to do.

“Mark and [Ryan-Marie] are just incredible people, and to think that this could happen in our community is a difficult thing for all of us,” Middleton said. “The excessive use of force to a man who had already told them that when they wanted him to come in, he would come in, certainly leaves you questioning what the motivation was and what the presuppositions that went into this by the people who executed on this [were].”

A fundraising campaign for the Houck family is looking to raise at least $200,000 for any necessary expenses in the coming weeks. Click here to check out Houck’s lay apostolate The King’s Men as well.

“We are at war. There’s a battle going on between the forces of good and evil,” Middleton said. “When the human secularists basically took over all the institutions, they removed God from them. When you remove God from them, you remove truth, beauty, and goodness, and you replace it with lies, profanity, and evil. And what we’re beginning to see is the manifestation of that on a regular basis.”