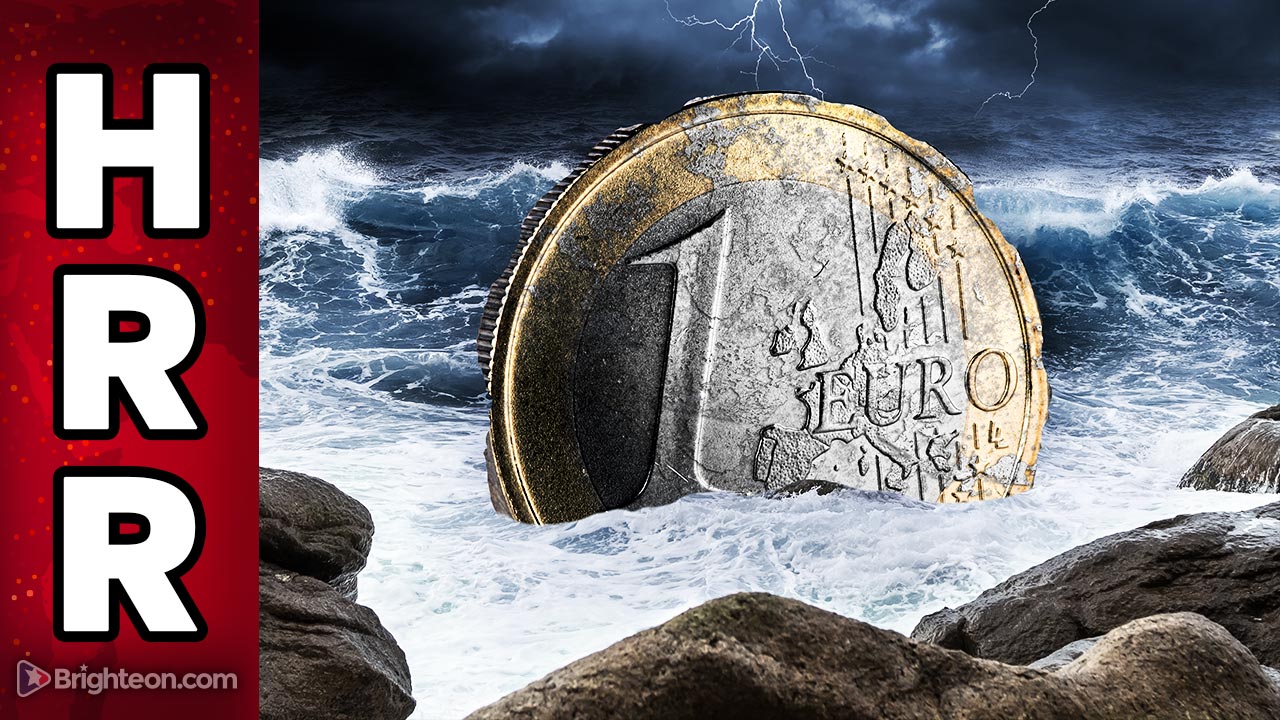 The situation is so dire that Germany chemical giant BASF — formerly part of the Nazi-run IG Farben chemical conglomerate that carried out war crimes against humanity — is now threatening to shut down operations for industrial plants that have run continuously since the 1960s. As explained by author Philip Oltermann in a UK Guardian article entitled, “How gas rationing at Germany’s BASF plant could plunge Europe into crisis,” BASF is close to shutting down its massive chemical facilities in Germany due to a lack of natural gas. But shutting down production might be permanent, since no one knows if the plants can ever resume operations after a shutdown, since the very act of shutting the system down may break it.

BASF is critical to the world’s supply chain for fertilizer, petroleum refining, medicines, plastics, consumer products, industrial materials and more. If BASF were to go down, Western Europe’s industrial economy would rapidly collapse into ruin, and the global supply chain crisis would dramatically worsen far beyond anything we saw due to covid lockdowns.

To understand all this, first consider this March, 2022 Reuters article, “BASF says it would stop output if gas supplies fell to half its needs.” That article explains:

Germany’s BASF (BASFn.DE) said on Wednesday it would have to stop production if natural gas supplies fell to less than half its needs, as the world’s largest chemicals group warned of the damage to its operations from Europe’s power crunch.

The article reveals that BASF not only uses natural gas as its energy source for chemical manufacturing, but that the hydrocarbons in natural gas are the feed stock for critical chemical production such as ammonia (NH3) which must have hydrogen (H) from hydrocarbon molecules. You can’t simply replace natural gas with electricity, since electricity contains no hydrogen. Thus, wind and solar power can never replace natural gas in industry and manufacturing, including for fertilizer production, plastics and more. As Reuters explains:

In Europe, BASF uses around 60% of the gas it buys to generate energy needed in production and the remaining 40% as a raw material to produce important basic chemicals…

Note that the above Reuters article was published well before Gazprom ceased gas flows in Nord Stream 1. Current flow is at zero, and Russia has no compelling reason to restore flows anytime soon. This means Germany is running on stored natural gas even as winter approaches. Those gas stores will not last even through the end of this year, by the way, and the really cold weather hits in 2023.

If natural gas supplies fall to 50% of BASF’s full demand, the company will have to shut down operations. Via The Guardian:

“Once we can receive significantly and permanently less than 50% of our maximum requirements, we would need to wind down the entire site,” says Daniela Rechenberger, a company spokesperson. “That is something that has never happened in BASF’s history, and something no one here would want to see happening. But we would have little choice.”

Astonishingly, BASF warns that if it were to shutter operations, no one knows whether it could be restarted:

With large parts of the verbund site having run around the clock since the 1960s, BASF says it is unclear if production could simply be restarted afterwards or if the drop of pressure would cause some machinery to break.

In other words, you can’t simply flip a switch and turn the plant off, then expect to flip the switch the other way and turn it all back on again. These systems are incredibly complex — ammonia production all by itself requires a network of 1,771 miles of pipeline at just one BASF facility (Ludwigshafen), merely to process and distribute ammonia across the 10 sq km campus. That ammonia is then used to create fertilizers, Diesel Exhaust Fluid (DEF) and many other industrial chemicals, including engine oil additives.

“The consequences of a shutdown at Ludwigshafen would be far-reaching, not just in Europe’s largest economy but the entire continent,” writes The Guardian. A shutdown of BASF would mean the closing down of automobile manufacturing, consumer products, agricultural chemicals, sterilization chemicals for hospitals and much more.

Across Western Europe, ammonia production is already down by 70%, which will have devastating repercussions on spring planting in 2023 (expect mass famine across Europe throughout 2023 – 2024). Metals smelting operations are more than 50% shut down, and an industry group called Eurometaux has warned that without immediate government intervention (i.e. bailout money), Europe faces “permanent deindustrialization,” meaning it becomes an economic wasteland.

50% of the EU’s aluminium and zinc capacity has already been forced offline due to the power crisis, as well as significant curtailments in silicon and ferroalloys production and further impacts felt across copper and nickel sectors. In the last month, several companies have had to announce indefinite closures and many more are on the brink ahead of a life-or-death winter for many operations. Producers face electricity and gas costs over ten times higher than last year, far exceeding the sales price for their products. We know from experience that once a plant is closed it very often becomes a permanent situation, as re-opening implies significant uncertainty and cost.