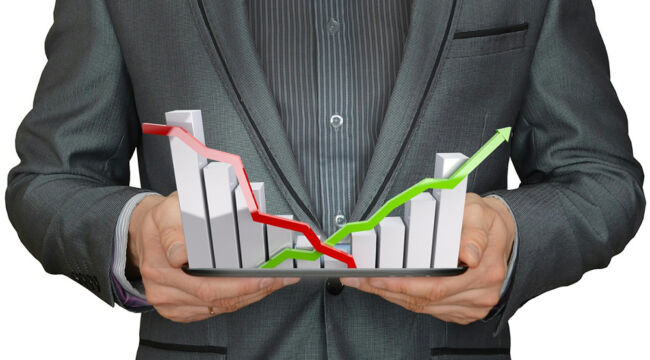 Here’s the good news: The stock market didn’t lose nearly as much today as it did yesterday. The Nasdaq even posted a 19-point gain.

Of course the Dow still lost another 151 points and the S&P lost another 14. The S&P slipped into bear market territory yesterday, which doesn’t bode well for the economy.

Since 1970, whenever the stock market fell 18% or more over a four-month time frame, the economy fell into recession every time. Well, that’s exactly what we’ve seen.

But after yesterday’s bloodbath, I heard a well-regarded business TV anchor ask her guest about “green shoots.”

I nearly fell out of my chair, laughing. These people never learn.

“Green shoots” was the ubiquitous phrase used by White House officials and TV talking heads in 2009 to describe how the U.S. economy was coming back to life after the 2008 global financial crisis.

The problem was we did not get green shoots, we got brown weeds.

The economy did recover but it was the slowest recovery in U.S. history. After the green shoots theory had been discredited, Treasury Secretary Tim Geithner promised a “recovery summer” in 2010.

The recovery did continue, but it took years for the stock market to return to the 2017 highs and even longer for unemployment to come down to levels that could be regarded as close to full employment.

In the aftermath of the 2020 pandemic and resultant market crash, the same voices were at it again.

The White House talked about “pent-up demand” as the economy reopened and consumers flocked to stores and restaurants to make up for the lost spending during the lockdowns.

But that “pent-up demand” theory was just as much of a mirage as the green shoots were. Now with surging inflation and broken supply chains, we’re on the verge of recession, if not already in one.

Monetary policy won’t get us out because the Fed is basically out of “dry powder,” despite its recent rate hikes (and the one we’ll see tomorrow). There’s just not enough room to cut rates before being back to zero.

Money Velocity Has Fallen for 20 Years

It can be expected to fall even further as the new depression drags on. As velocity falls, the economy falls. Money printing is impotent: $7 trillion times zero = zero. There is no economy without velocity.

And oh, by the way, money velocity has essentially ground to a halt over the past two months.

The bottom line is monetary policy can do very little to stimulate the economy unless the velocity of money increases. And the prospects of that happening aren’t great right now.

But what about fiscal policy? Can that help get the economy out of depression? Let’s take a look…

We saw more deficit spending in the past couple of years than in the past several years combined. The government has added more to the national debt these past few years than all presidents combined from George Washington to Bill Clinton.