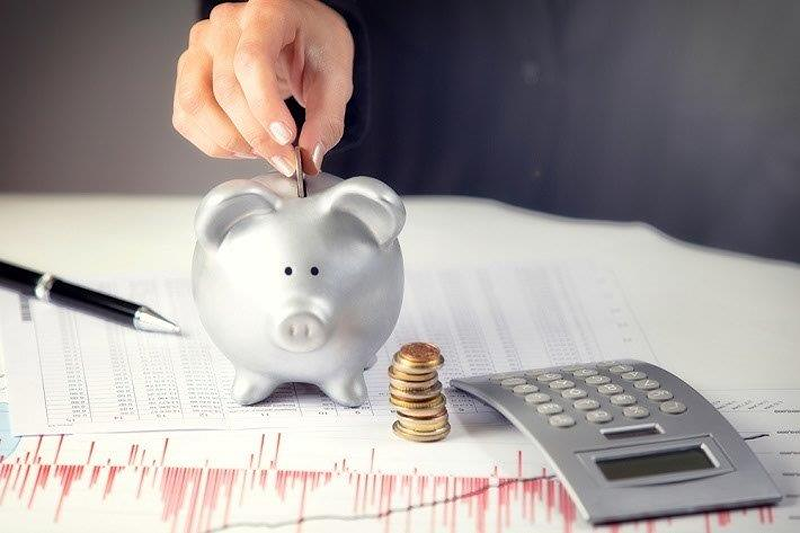 Well, here we go again. The COMEX gold front month is due to go off the board and into delivery, and once again, open interest has been loaded for maximum price impact.

Let’s start with another review of previous posts on this topic. Here’s just one link, the most recent article written for Sprott Money on this subject:

To save you some time, what is Trade at Settlement? 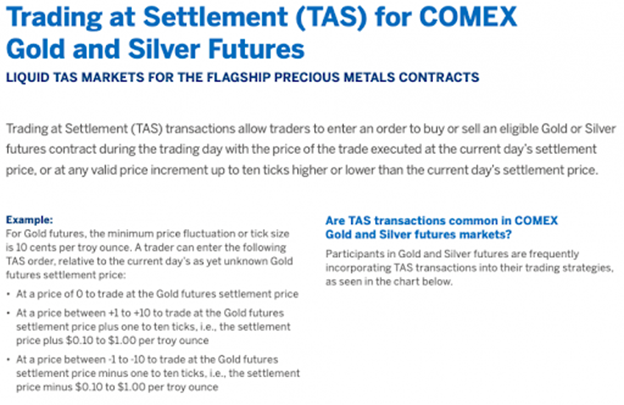 No one in their right mind would use this system to place a regular buy or sell order. Instead, the only rationale for accepting any day’s settlement price as your fill price would be if you’re putting on a spread of some sort. If you’re going long the Jun22 and short the Aug22, you don’t really care about price and/or when your trade is executed. Instead, you simply want to capture the difference between the two prices.

Are you with me so far?

So, in what is now a repeating trend, the use of the TAS system for placing a massive volume of spread trades explodes higher over a five-day period each month. This period always begins on or about the 7th and concludes five trading days later. If a COMEX gold or silver contract is headed toward a delivery/front-month expiration, you will see this surge every time.

At present, it’s the Jun22 COMEX gold that is headed toward expiration and delivery. The contract will go “off the board” at the COMEX close of Friday, May 27. This means that, unless you’re planning to make a delivery or stand for delivery, you’ve got to be out of that contract by that time.

So what happens during the five-day TAS surge? Volume explodes higher. On any other day, the total COMEX gold TAS volume might be between 1,000 and 3,000. During the surge, the TAS volume regularly exceeds 30,000—as you can see below in the totals from last Thursday, the 12th, where total TAS volume actually exceeded 40,000!

Again, this was the fifth and final day of this month’s surge that began on Friday, the 6th. The total TAS volume of the five days combined was a whopping 187,252 or an average of 37,450 per day between May 6 and May 12. Again, compare that to the usual/normal TAS. Below is the same snapshot for Monday, May 16:

So, again, what is taking place during these five days, beginning on or about the 7th day on the calendar of each month preceding a delivery month expiration? *Someone* or a collection of *someone* is using the TAS system to put on a massive volume of spread trades. To see this yourself, let’s look again at the table from last Thursday with an extra rectangle added for emphasis:

The only rational and logical conclusion from the data above is that these *someone* placed nearly 21,000 spreads by going long the Jun22 and short the Aug22. Note how the volume numbers are nearly identical and then combine to nearly equal the total TAS volume.

And the last day of the five-day surge was not the only day that we saw this. It was every day. For example, note the similarity to Wednesday, the 11th, and Tuesday, the 10th:

OK, so now here comes the important part. What happens next? Price gets smashed into expiration. Why and how?

Let’s say you’re a *Someone* and your trading desk is sitting on 20,000 of these spreads. How do you make this profitable on a consistent basis? You “leg out” the spreads. What does that mean? You summarily dump your expiring longs while leaving your shorts uncovered. The dumping of the longs crushes price—not only of the expiring front month but the pending new front month, too. Once the price has been smashed, you can then work to close the spread by covering those contracts you had held short.

With that, I think any objective observer can see what’s going on here.

However, here’s a new twist to consider. The TAS surge this month has come at the end of a period where COMEX gold has fallen over 10% from $2000 to $1800. Maybe there’s an opportunity for the *someone* to profitably run this trick in the opposite direction for once. Maybe they leg out the short side first and squeeze price higher before dumping their Jun22 longs into month end?