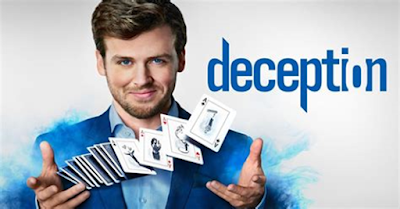 1: something different, abnormal, peculiar, or not easily classified

2: deviation from the common rule

1a: the act of causing someone to accept as true or valid what is false or invalid

Merriam-Webster quite often has a way of sorting things out when you may not be sure what is really meant by a term, or confusion arises when terms are not fully understood.  An Anomaly is when something does not follow the expected outcome, and Deception is when it is intentionally so.  What is often referred to as a surprise, an unexpected happening may be described as an anomaly but in fact it may be well planned deception.  We covered intentional deception in this recent ANP article where we discussed intentioned deception in regards to the Covid farce where we ended by saying “This conscientious denial of reality is astounding, but ever present today even in those that KNOW better.  The deception is complete.”   Fallibility may be used as an excuse or even may be the reality in some anomalies, but in those that we will look at today are definitely intentional deceptions.

a lack of or a break in connection, consistency, or agreement

I loved the sample use of the word where Merriam-Webster said “a huge disconnect … between the nation’s capital and the rest of the country— R. J. Samuelson”   That usage sample almost explains our discussion today.

Brandon, our Resident in Chief, promised he would do all he could to stop the ravages of the C19 farce plaguing our nation, but in actuality he and his puppeteers have increased it.  Disconnect yes, and also major Deception.  His campaign was based on that promise, and now reports are he is fleeing the White House to escape from the news media that would ask him what in the world he is doing now.  ““I’m going to shut down the virus, not the country,” Biden said during the last presidential debate in October 2020”  he said, and now that more people have died from the so-called “vax” than from the official numbers of having had the disease itself, the case numbers are skyrocketing.  Is that an anomaly perhaps?  No way can it be such, but is rather proof that the vax is indeed CAUSING the problems because the death rate has been many times HIGHER in the vaxed than in the non-vaxed including all of those that supposedly died from it prior to the vax being available.   How can the protection system increase the death rate?  Only if it is NOT in fact a protection but and enhancement of the deadly problem and is killing far more with it than without it.  The real disconnect is in considering it as an anomaly rather than what is really is, and that is DECEPTION.  Deadly deception, or rather, cold blooded mass murder.

There have been a number of leftist cities that have defunded, partially or wholly, their once proud police systems.  There has also been a direct increase in crimes of all sorts including murder in those cities.  Massive increases, with even city officials that voted for the defunding having crimes committed against them such as assault and carjacking.  While nothing to be happy about, it does seem so well earned that it is difficult to stay from laughter just because of the meritorious justice it implies.   “Nothing could be better than instant karma” some might claim.  “Keith Thornton told “Fox & Friends” that first responders are being overworked as a “massive” amount of crime is taking place in the city at “all hours of the day….All hell has broken loose,” Thornton said” is how The Western Journal put it, and continued with “Thornton then went on to specifically blame the city’s leadership — and Democratic Mayor Lori Lightfoot in particular.

The Chicago Tribune reported that 793 people have been murdered in Chicago as of Christmas day.  The Disconnect is with those officials declaring that they have nothing to do with that increase, that the fired cops cannot have done anything to slow it down.  What is worse, she has also claimed that she has SLOWED the rise, and actually DECREASED the crime rates.  “Chicago Mayor Lori Lightfoot Claims Most Crime is Down in Chicago”  said the headline in a Breitbart story, and “While some crimes are down, others have risen with murder, including theft and criminal sexual assault.

Chicago’s Democrat Mayor Lori Lightfoot claimed Monday that other than murder, the city’s crime rates are mostly trending down. But the Chicago Police Department’s own numbers disagree, showing that crime is up in many other categories.”

Violent crime and homicide in Chicago has risen dramatically in 2021…. “What’s horrible is the lack of leadership and the failure of leadership throughout this entire city of Chicago — and it’s ridiculous because it does not have to be this way,” he added.”

Are those numbers simply an Anomaly or is it a major Deception?  I have my opinion, and I suppose yours is not that far off from mine.

Chris Noth, a Hollywood actor, has sexual assault allegations filed against him.  What does that have to do with an Anomaly?  It seems almost all of Hollywood has had those accusations flying around them, and not just recently.  I grabbed this story only because it is most recent and that the real Anomaly seems to be those few where there are not stories galore of sexual scandal in the entertainment industry.  Some young actresses accuse someone of sexual advances for their own ends, and some for the “me too” aspects, but the sense I get is that it is not only endemic to the trade, but that it also encompasses far more than just some sexual attacks or innuendoes here and there.  Something far more evil is afoot than the rape allegations and wild sex parties that go on whether alluded to or outright charged.  The Anomaly seems to be with those that do not participate in some fashion or the other because it appears that to get anywhere one MUST participate.  The “casting couch” stories are overflowing and the many partnered participants are illustrated by the huge number of wed/divorce/wed cycles permeating the industries.  The Disconnect is in that “An actor who made his career appealing to the female audience in a ‘big’ way throughout the late nineties and early two-thousands has suddenly found himself at the center of a #MeToo firestorm that has rendered his long and prosperous career into ashes within a matter of days” said ““The encounters were consensual. It’s difficult not to question the timing of these stories coming out. I don’t know for certain why they are surfacing now, but I do know this: I did not assault these women.”

Now, I do not care for the foibles of those that live on publicity nor do I care about how they ruin their own lives; what I do care about is the actual massive evil that is underneath it all that is not spoken aloud that can have such a massive influence on so many others.  Many of those actors and associated persons in movies as well as music and television are actually full blooded Satanists that worship with not only sexual rites but also blood rituals too according to so many reports.  Some of them, such as Mick Jagger and the Rolling Stones, Sammy Davis Jr. and Dwayne ‘the rock’ Johnson are not just Satanists but are missionaries to the evil cult.  They, and so many others, have actually admitted and bragged about their satanic links and activities.  Supposedly they have also left it, but that may be just theatrics, public relations.  The stories on various sources have far reaching tentacles into Satanism by the filthy rich, and not just the publicity hounds.  Whether called Occultists, Lucifarians, Witches, or more, any web search will turn up so many it will make your head swim.

It is NOT an Anomaly, but it is a master Deception as embodied by such organizations as Disney and their luring children into this evil.