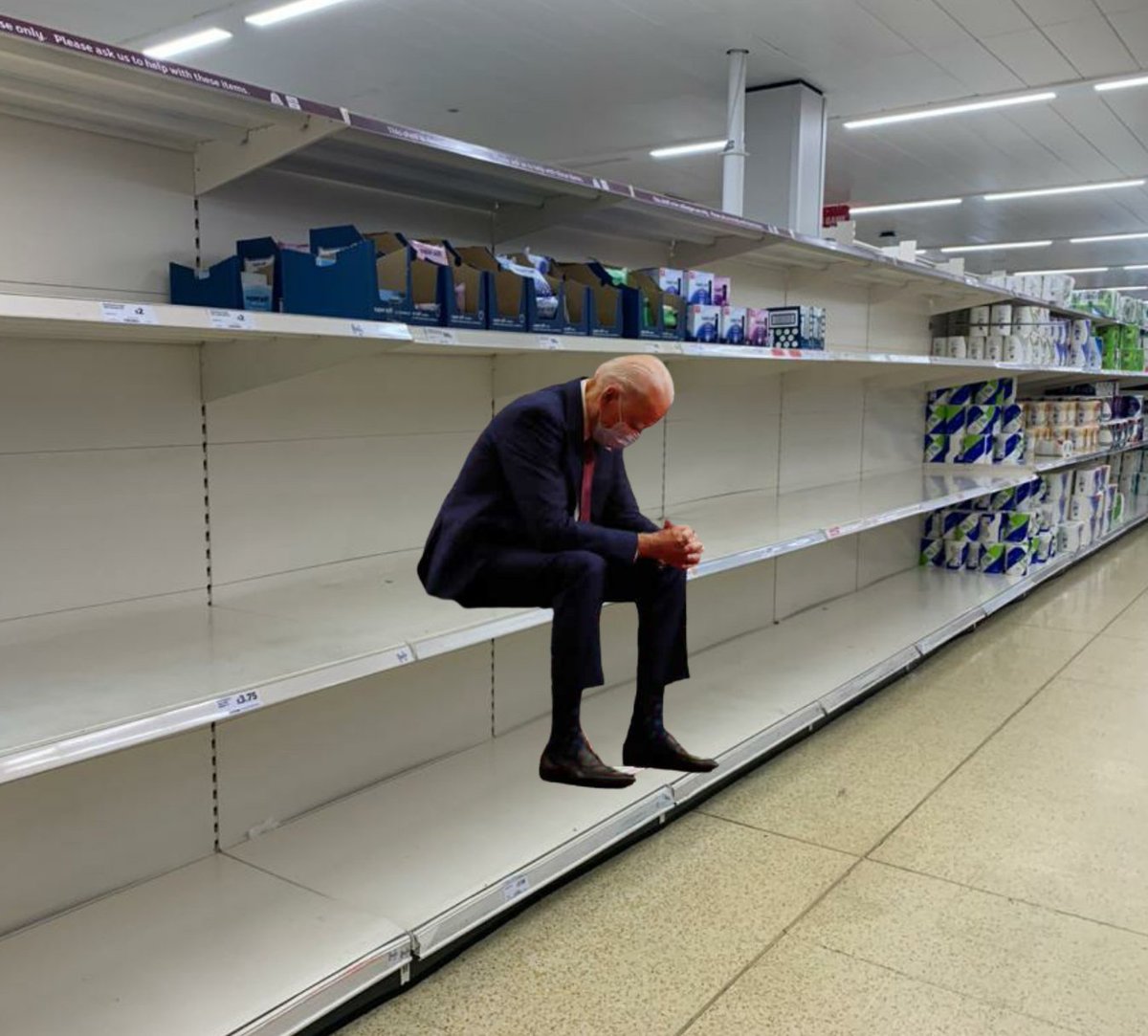 Officials in Washington continue to assure us that we don’t have anything to be concerned about, but meanwhile the shelves just continue to get even emptier.  On Friday, #BareShelvesBiden was the number one trending topic on Twitter, and I am sure that the Biden administration must have been thrilled by that.  Biden insists that he and his team are on top of things, but so far nothing that they have done has worked.  In fact, this crisis just seems to keep getting worse and worse.  And because we are facing such a “hydra of bottlenecks”, there aren’t going to be any easy solutions…

When you look closely at all of the small fractures that have contributed to the world’s supply chain crackup, it really can begin to look maddeningly complex. As the Atlantic’s Derek Thompson put it, global commerce is currently being choked by “a veritable hydra of bottlenecks.” China’s “zero tolerance” policy for the coronavirus led it to shut down a major shipping terminal after a single infection and has slowed traffic at other ports. Lately, rolling power outages in the country have closed factories. Vietnam’s clothing and shoe plants, which companies like Nike rely on, were paralyzed by COVID lockdowns earlier this year. The world has also been bedeviled by shipping container shortages, made worse by bizarre pricing incentives that have led companies to send the boxes back from the U.S. to Asia empty, leaving American agricultural exporters in the lurch. Meanwhile, the world’s semiconductor shortage has lingered on, stalling car and electronics production; earlier this week, it was reported than Apple is expected to cut iPhone production by 10 million because it simply can’t get enough chips.

We can’t control what is going on in other nations, but we can certainly do something about what is happening within our own borders.

On the west coast, it appears that part of the problem is simply sheer laziness…

“In 15 years of doing this job, I’ve never seen them work slower,” said Antonio, who has spent hours waiting at Los Angeles County ports for cargo to be loaded. “The crane operators take their time, like three to four hours to get just one container. You can’t say anything to them, or they will just go [help] someone else.”

The Washington Examiner spoke to six truck drivers near the Long Beach/Terminal Island entry route, and each described crane operators as lazy, prone to long lunches, and quick to retaliate against complaints. The allegations were backed up by a labor consultant who has worked on the waterfront for 40 years. None of the truckers interviewed for this story wanted to provide a last name because they fear reprisals at the ports.

As one of my friends pointed out to me the other day, we have gone from being a “can do” nation to a “can’t do” nation.

Over the course of my lifetime, our culture has been totally transformed, and the national work ethic that helped make America into an economic superpower is disappearing a little bit more with each passing day.

Our society has become a festival of sloth, inactivity and incompetence, and at this point things have gotten so bad that our supply chains are breaking down on a very basic level.

The shortages continue to intensify, and we are being told that they will be even worse by the time the end of December rolls around.  According to USA Today, the following are in particularly short supply right now…

How hard is it to make toilet paper, put it in a truck and drive it to stores around the country?

It seems like we have been talking about toilet paper shortages for nearly two years now.

When is it going to end?

To me, the food shortages are particularly alarming.  Earlier today, I was stunned to learn that one school district in Alabama says that it can’t feed the students because it can’t get enough food delivered…

How bad are the shortages across the country getting? One Alabama school district is literally running out of food.

Alexander City Schools have started asking parents to feed their children breakfast at home or to send them to school with snacks because the district hasn’t received its normal food deliveries from vendors, according to AL.com.

“Alexander City Schools, like many schools across the nation, is experiencing supply chain issues with our food vendors,” the district wrote on Facebook.

This is the United States of America.

This sort of thing is not supposed to happen here.

But it is happening.

And virtually every industry is being affected.  In the old days, getting vehicle parts was never a problem, but now some Americans are having to wait two or three months to have their vehicles fixed…

In the Seattle suburbs, garage owner Bryan Kelley waited on parts for 60 to 90 days on two separate occasions while fixing pick-up trucks. One of the parts, a crankshaft position sensor, used to take a half hour to get from the distribution center, said Kelley, owner of Valley Automotive Repair and Electric. The wait got so long that the customer was ready to give up on his Dodge Ram 1500, he said.

Even more alarming is the fact that so many farmers are having such difficulty getting their farm equipment fixed.