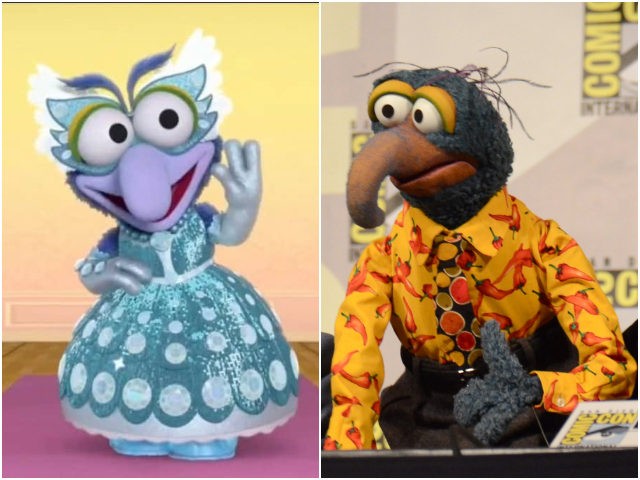 Producers of Disney’s CGI Muppet Babies series used the pre-school children-targeted program to promote cross-dressing and transgenderism. The episode, titled “Gonzo-rella,” saw Gonzo get his wish to dress up as a princess to the “royal ball” after Piggy tells him boys have to play knights.

“Very early on, we wanted to do an episode where Gonzo just showed up to the Playroom wearing a skirt,” Muppet Babies executive producer Tom Warburton told D23.com, which is run by the corporate-owned Disney fan club. Muppet Babies is aimed at children aged 4 to 7.

Very early on, we wanted to do an episode where Gonzo just showed up to the Playroom wearing a skirt. And it was no big deal. No one cared or questioned it because Gonzo is always 200% Gonzo 347% of the time. But then story editor/co-producer Robyn Brown and her team wanted to take it a step further and do a Cinderella story based on the idea. And it was just SO wonderfully Gonzo. We hope he inspires kids watching to be 347% of themselves in their own way, too.

The episode, which aired last month, was quickly applauded by advocates of the transgender ideology. The ideology demands the federal government enforce the sex-change claims of children and adults on all Americans who recognize the biological basis of male-of-female sex.

Why I felt incredibly emotional
– this is a kids show really hitting hard on the subject
– the muppets is such an outlet for me
– gonzo my beloved
– PIGGY REFERRING TO THE MYSTERIOUS PRINCESS AS “THEY” IM GONNA SCREAM/POS https://t.co/cNlYTM58LR

Gonzo is a sexless puppet in a TV show but he’s always been recognized and referred to as male because of his male character and actions. Producers wanted to explore a storyline in which the Gonzo character chooses to wear a dress to the “royal ball.”

Not so long ago, that action would have been seen as silly and harmless, for example, when worn by soldiers or sailer in skits. In the episode, the “Fairy RatFather” (Rizzo) turns Gonzo into a princess and gives him a secret identity. Gonzo was applauded by the other characters in the episode for acting as a female:

Ms. Piggy: We met the most amazing princess, but they ran away and all they left behind was this  [shows a shoe].

And Gonzo also declares he was a princess:

Gonzo: Everyone, there’s something I need to tell you. The princess who came to your ball tonight with me. I’m Gonzo-rella.

“I want to be me,” says the male character while wearing a dress.