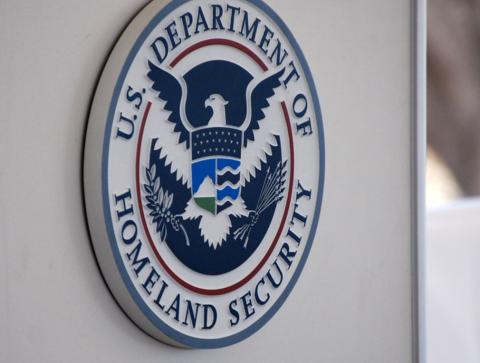 By nearly any standard, the US government’s administration of border control is a disaster.

In any case, the feds are just up to their usual antics: putting in place a monstrously inefficient, inept, and immoral regulatory system. Anyone caught up in the immigration system is likely to find himself (or herself) waiting months—or even years—for a hearing.

This was already the case under the Trump administration. In March of 2019, we were already hearing that the backlog for immigration hearings was up 300 percent. The backlog reached a million cases by late 2019. Meanwhile, the backlog for green cards hit a record-breaking 1.2 million in late 2020. In 2021, the wait time for a hearing ranges from 715 days to more than four years. The queue for legal immigrants seeking to enter the US through the normal channels has been notoriously long for many years. As early as 2015, the list stood at 4.4 million, with some people on the list for more than for more than fifteen years.

People who loathe immigrants, of course, are unlikely to see much of a problem here. The attitude in some circles is “who cares if they ever get a hearing, so long as they’re detained or kept out of the country?”

This attitude fails to make some important distinctions. The wait list for people apprehended as suspected illegal aliens is only part of the equation. Moreover, mere suspicion that a person is an illegal immigrant doesn’t make him so. Thanks to the US government’s bizarre and clearly unconstitutional hundred-mile “border zone,” American citizens who don’t carry their passports on them at all times can be harassed and arrested by Border Patrol agents, even well inside the US border. As the New York Post describes it, “Immigration and Customs Enforcement agents are arresting US citizens by mistake and holding them at detention centers for months—sometimes even years.” How could these cases of wrongful arrest drag out for years? Government “efficiency” is the answer.

In other words, all these people need hearings, and all suspected illegal immigrants deserve a hearing regardless of our opinion of them, since, as Judge Napolitano has noted, the Bill of Rights doesn’t apply just to American citizens or people we like.

The list for confirmed legal immigrant applications and green card applicants is another matter entirely. These groups, of course, include family members of longtime American citizens. Also affected are employers who wish to employ specific workers or groups of workers. But the workers can’t get to their jobs thanks to the sheer inefficiency of the government’s administration. In other words, even people who are invited in and sponsored by American citizens, can’t get in—or can’t get permission to work—because the US government can’t or won’t get its act together.

There is nothing shocking here. This is what we’ve come to expect from government institutions that have no skin in the game and face no penalties or loss of revenue from an inability to perform their basic functions properly.

In other words, the federal government insists that it has the final say—i.e., a monopoly on enforcement and administration—at the border, yet can’t be bothered with doing what it promises to do. It won’t hire enough staff, or alter methods to expedite processes. And why should it? These agencies will continue to get paid and are likely to get budget increases no matter how poorly they perform. If these agencies face pressure to hire more workers or speed things up, they typically whine that the taxpayers aren’t paying enough taxes.

Nor is this problem limited to immigration. This sort of thing permeates countless types of government administration from business permits to law enforcement.

The Problem of Regulatory Bottlenecks

For example, through the Bureau of Land Management, the federal government manages one in every ten acres of land in the United States, and approximately 30 percent of the nation’s minerals. In other words, the federal government has monopoly control over an enormous swath of the United States. And what if a private firm wishes to engage in any mining or drilling on those lands? This is no simple matter. According to a 2020 report from the Government Accountability Office, “each year [the BLM] receives more applications than it can review … in some cases, records have been lost.”

But this is no big deal from the BLM’s perspective. After all, since BLM lands are firmly within the hands of a government agency, the BLM need not worry about timely responses or “customer service.” Thus, the BLM hasn’t bothered to try to figure out how to expedite the permit process. As the GAO report notes, the BLM has “no documented process for whether or how to prioritize applications”

Indeed, backlogs of this sort permeate every level of government.

For example, the Washoe County sheriff in Nevada, has created an “enormous backlog of concealed carry weapons permit requests.” Some variation of “we’re working on it” or “we’re overwhelmed” seems to be the standard reply.

Another common problem is long backlogs for developers who wish to build housing. In Kitsap County, Washington, for example, county officials have created a months-long waiting period for building permits. Developers must just sit around and wait, even as the price of housing continues to accelerate thanks to a lack of supply.

Business owners are well acquainted with this particular category of government subterfuge: the agency sets up a variety of hoops to jump through, such as government inspections of a business or of new construction. But these agencies also can’t be bothered with providing inspectors or adjudication when needed or in a timely fashion.

And then, of course, there are the long, long wait times for people forced to go through the government’s legal system. Even before the covid panic, courts generally proceeded at a snail’s pace. According to a report by the Criminal Court of the City of New York, a decade ago “it took over 400 days, on average, in the city’s other four boroughs to bring a case to a jury trial and verdict—with cases in Brooklyn taking nearly 600 days.”

Meanwhile, some courts are so inept at sticking to a schedule that the more honest judges are forced by law—and by a consideration for the Bill of Rights—to dismiss cases before they are even brought to trial. Although the right to a speedy trial goes back at least as far as the Magna Carta, it’s apparently too hard for prosecutors and courts to get their act together in a timely fashion.

[Read More: “Another Right Abolished by the Government’s COVID Lockdown: The Right to a Speedy Trial” by Ryan McMaken]

Similarly, victims or victims’ families might find themselves waiting years for justice, even when a defendant has already been identified. There’s the case of murderer Christopher Holland, for example, who was identified by DNA evidence in a murder case in 2007. He wasn’t tried and convicted until 2015. And what if he had been not guilty? He would have essentially been on trial for eight years. Now some states are using the covid shutdowns as an excuse to draw out the process even more.

And why should these government agencies be particularly concerned with these delays and the many hurdles through which the victims of government regulation must jump? After all, it’s not like the businessman, defendant, or victim can go anywhere else, as would be the case in a marketplace.

But by virtue of being government monopolists, these government agencies can easily force the “customers” to wait for months or years for “service” without any hits to the agencies’ profits, budgets, or competitiveness.

Competitors, after all, are illegal in this scenario.