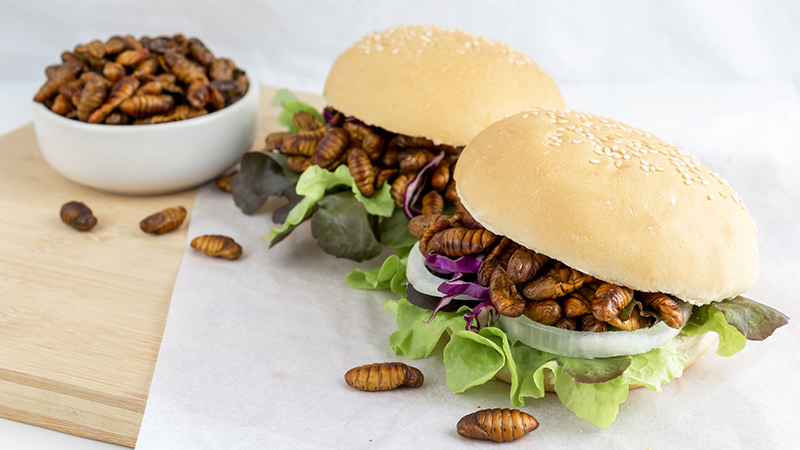 “allergic reactions are likely to occur”

The EU has officially approved the sale of worms as food to be consumed by humans.

The announcement, made Wednesday by the EU’s food safety agency, specifically states that dried mealworms, the larvae of beetles, are safe for humans to eat, despite the fact that the report also noted that “allergic reactions are likely to occur”.

The report also states that as long as the mealworms have not been able to eat anything for 24 hours before being killed, they should be safe for people to eat.

The report adds that the bugs need to be boiled “to eliminate potential pathogens and reduce or kill the bacteria.”

The ruling will mean that the worms can be ground up and used in foods, such as pasta and biscuits, as sources of protein, so long as national member countries go along with the authorisation.

Ermolaos Ververis, a scientific officer in EFSA’s nutritional unit commented “This first EFSA risk assessment of an insect as novel food can pave the way for the first EU-wide approval.”

In coming months the agency hopes to approve all kinds of other bugs to be sold as meals, including the lesser mealworm, house cricket, banded cricket, black soldier fly, honeybee drone and a type of locust.

The EU has been pushing “insect-based proteins” as a replacement for animal products, claiming it will save the planet.

Last year, the European Commission announced the Farm to Fork (F2F) Strategy, touting it as a “fair, healthy and environmentally-friendly” program that will focus on “increasing the availability and source of alternative proteins such as plant, microbial, marine, and insect-based proteins and meat substitutes.”

The draft noted that the program “will not happen without a shift in people’s diets”.

“Moving to a more plant-based diet with less red and processed meat and with more fruits and vegetables will reduce not only risks of life-threatening diseases, but also the environmental impact of the food system,” claims the strategy.

EU centric news site EURACTIV, noted that the policy is calling for eating bugs, and spoke to Constantin Muraru from the international platform of insects for food and feed (IPIFF), an EU non-profit organisation which represents the interests of the insect production sector.