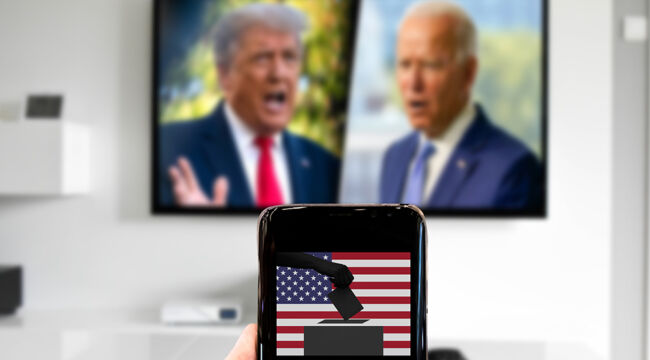 Was Trump’s reelection stolen? That’s a big claim, and it will require clear and convincing evidence to back it up. So far, allegations have been made, but the evidence has not been revealed.

There’s still time, but not much. Either the claims will fade, or a bombshell will explode. It’s still not clear which it will be. It is clear that investors need to be prepared for either outcome.

Let’s begin with the easy stuff. There was fraud in this election. The Trump team has hundreds of sworn affidavits by a variety of poll workers, poll watchers and Postal Service employees, among others, attesting to fraud.

An affidavit is not a casual claim. It’s a sworn statement under oath. Anyone who lies on an affidavit can be charged with fraud or other crimes. So, let’s give credence where it’s due and assume that at least most of these claims are true.

The claims themselves relate to acts such as banning poll watchers from the counting rooms, obstructing them when they were allowed inside, failure to verify signatures where required, receiving mail-in ballots past deadlines, backdating postmarks on mail-in ballots to make it appear they were received timely when they were not, trashing Trump ballots, running Biden ballots through scanners multiple times and more.

Other allegations involve more serious efforts such as a busload of Biden campaign workers in Nevada who received blank ballots after the polls had closed, quickly marked them for Biden, and then dumped them in boxes at polling stations where they were quickly added to the count to put Biden ahead.

Workers on the bus formed a human wall to obstruct Republican poll watchers and the media from observing the act of bringing the ballots off the bus before stuffing the ballot box.

Recounts don’t solve problems like this. If the ballots were fraudulently obtained, they will still be fraudulent no matter how many times you recount them. The root problem is still not addressed.

Some of the allegations are right out of a Mario Puzo novel. The Buffalo Chronicle reported on November 14 that the head of the Philadelphia Mafia, Joseph “Skinny Joey” Merlino ran an operation in South Philly involving massive ballot fraud to support Biden.

According to the story based on a Mafia source:

Pennsylvania political operatives …ordered up 300,000 election ballots marked for Biden. The source alleges that Merlino and a lean team of associates manufactured those ballots at a rate of $10 per ballot — a whopping $3 million for three days of work. They were then packaged into non-descript cardboard boxes and dropped off outside the Philadelphia Convention Center.

I grew up in and around Philly and went to law school in Philadelphia. I’ve followed the Mafia doings there for decades. The story has a ring of credibility despite denials.

Can I verify it? No. Can Trump verify it? That’s unlikely unless someone in the Mafia breaks the code of silence, which is highly unlikely.

Still, Biden’s margin of victory in Pennsylvania was 81,813 votes, according to RealClear Politics. If the Mafia story is true, then they came through for Biden in the same way that the Mob came through for John F. Kennedy in Chicago in the 1960 election.

We’ll find out eventually, but probably not in time to prevent Biden’s swearing-in ceremony.

There is also ample evidence provided by statistical analyses that the tempo and size of certain Biden surges in the vote count are almost impossible without vote-rigging. Some of the ballot dumps in the middle of the night in swing states showed percentages of 90% or even 100% for Biden, while the broader vote splits in the same jurisdiction were perhaps 60% for Biden.

Those kinds of anomalies don’t just happen without manipulation. The problem is that statistical studies might be interesting to political scientists, but they won’t persuade a judge. Trump needs smoking-gun evidence, and statisticians don’t qualify.

Remedies are another matter, but once courts are persuaded to decide a case, they can be highly creative when it comes to remedies.

Those margins are close, but not close enough to be turned around by even credible allegations of trashing ballots and some late mail-ins. Judges either won’t hear those cases or will quickly dismiss them as had happened already to some of Trump’s complaints.