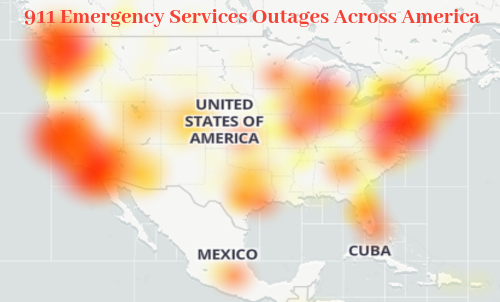 Back on August 18th after the state of ‘Commiefornia’ announced ‘rolling blackouts’ for potentially millions of residents of the state to deal with an intense heatwave that had struck, we published this story on ANP titled “‘Commiefornia’s Rolling Blackouts’ Show Us How Quickly The Globalists Could Shut Down America Completely & A ‘Long-Term Grid Down Death Toll’ Would Absolutely Dwarf That Of Covid-19” within which we warned that due largely to nearly EVERYTHING in America being connected to ‘big tech’ and the electrical grid, ‘enemies of America’ could ‘shut us down’ in no time flat.

As we’d also reported within that story, while we all know that weather can always wreak havoc upon the grid and turn what most consider ‘normal’ into the most difficult of times should the weather take the grid down for an extended period of time, we also saw how government’s in California were using modern amenities such as electricity and water to enforce their own brand of medical tyranny, threatening to shut those modern day necessities down to people who might be hosting parties in 2020 California.

With tyrants able to shut off such modern amenities with the flip of a switch in 2020, what happened on Monday all across America should put another exclamation point on our earlier warning with 911 emergency call lines going down all across the country following a huge ‘technical glitch’, a Microsoft 365 Office outage that took down numerous Microsoft services.

And while that ‘technical glitch’ could have very well been just ‘a glitch’, as Steve Quayle warned on his website while linking to this story over at The Sun reporting upon the coast-to-coast outages, “Someone’s up to no good, Hmmmmm?!” And with democrats and globalists growing desperate ahead of another President Trump Supreme Court Judge selection and an election that could still be won by President Trump, solidifying his position in office for another 4 years, we really shouldn’t be at all surprised if they pull out all stops in the weeks ahead, including sending America back to the ‘dark ages’ for a while if it helps them to complete their goal of bringing in a totalitarian ‘new world order’.

As Steve Quayle just posted in an important new SQAlert taking a look at this outage, according to one of the original 911 communication’s system designers, the ramifications of these outages were huge, with the nationwide shutdown proving ‘bluntly and clearly’ that whoever caused the 911-down situation had absolute control over the entire communications fabric of North America Canada and Mexico.

(ANP EMERGENCY FUNDRAISER: Due to unexpected emergency repair bills, please consider donating to ANP to help keep us in this ‘Info-war’ for America at this most critical time in US history as we approach the 2020 election during a time of systematic ‘big tech’ censorship and widespread Democrat corruption.) 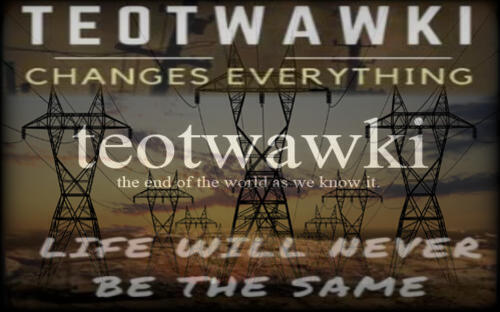 Over the last several years there have been numerous stories written by mainstream media outlets about how ‘relatively easy’ it would be for enemies of America to shut down our power grid, leaving hundreds of millions of Americans without power and a huge nightmare ahead for all.

With the Wall Street Journal reporting back in 2011 that according to the Pentagon, online cyber attacks upon critical US infrastructure could be considered ‘acts of war’ upon the US, Forbes had reported back in 2014 that a cyber-attack by China could shut down the US electrical grid while this 2018 story over at NPR had reported that Russian hackers could do the same thing, quite literally sending America back to the ‘dark ages’.

Reporting within that NPR story that since at least March of 2016, Russian hackers had attempted to infiltrate numerous sectors of America’s critical infrastructure, including energy, nuclear, commercial facilities, water, aviation and manufacturing, as Dr. Peter Vincent Pry has warned numerous times including this August 6th ANP story, any long-term power grid outage in America that wasn’t remedied in short order could lead to the deaths of 90% of us or more in the following year to 18 months from disease, chaos and mass starvation as America is completely paralyzed.

Also warning within that story that America is now more vulnerable to an EMP/cyber attack upon ‘the grid’ than ever before in our history, can you imagine suddenly having to live your life without electricity and all of the ‘modern amenities’, that most of us take for granted in 2020, for an extended period of time? From this August of 2020 story over at Secrets of Survival.:

Commercial jets will fall from the sky across North America. Nuclear power plants will go off-line. Hospitals will become death traps. Battles over food will be fought in the streets. And that’s just day one. Welcome to the EMP nightmare.

The threat of a “permanent blackout” across the United States caused by an EMP (electro-magnetic pulse) weapon has received a lot of press in recent months.

Considered an unlikely event by most people in years past, the more it has been discussed in both the private sector and the Pentagon, the more likely it has become that we will one day be attacked by an EMP, seems to be what the data on the EMP threat is saying. The U.S. government has even created a commission to address the threat, EMPCommission.org.