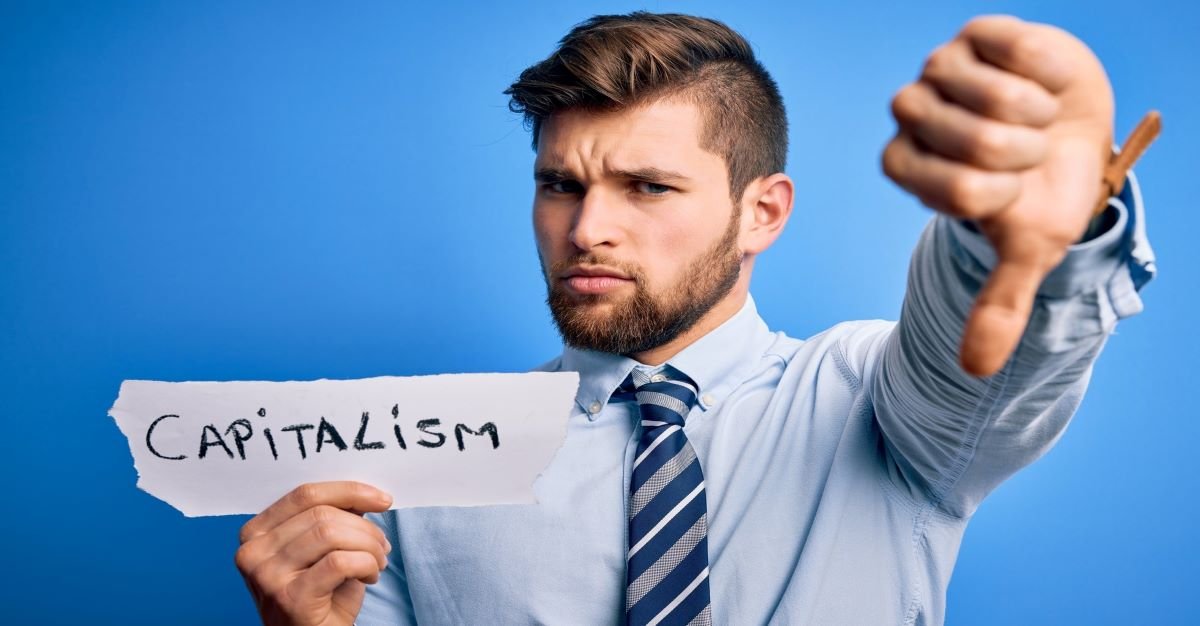 The CEO of the digital currency exchange Coinbase recently banned politics at work, and he offered generous severance packages to anyone who didn’t like that decision.

But the former CEO of Twitter from 2010-2015, Dick Costelo, thinks staying out of politics deserves a death sentence.

Costelo, apparently a recovering capitalist, tweeted: “Me-first capitalists who think you can separate society from business are going to be the first people lined up against the wall and shot in the revolution. I’ll happily provide video commentary.”

This is what these woke Bolsheviks stand for– death to infidels, burn the witches, off with their bourgeois heads!

Today this is considered newsworthy: a fly landed on the Vice President’s head during the debate this week.

And according to at least one prominent CBS news reporter, this seems to be a sign from the heavens about who you should vote for.

In CBS’s post-debate commentary, anchor Gayle King stated: “I think it’s very interesting timing that a fly would land on Mike Pence’s head at that particular time, when he said that there really wasn’t systemic racism. I saw the fly basically going, say what?”

Are we living in the pre-biblical times when slaughtered doves and lamb’s blood were used to divine the future, and something as simple as a house fly was considered an omen from the gods?

It’s extraordinary that someone in the 21st century would even say something like this, let alone an individual who pretends to be a serious journalist. But that’s the media for you.

Last week a defense contractor in Hawaii was charged with stealing over $12 million through the federal forgivable loan Paycheck Protection Program (PPP).

Also last week, a man was charged after inventing fake businesses, in an attempt to steal over $6 million. He only got away with $1.7 million before he was caught, but not all of that money was recovered.

These are just the latest instances of fraud when it comes to the government’s massive bailout for businesses affected by the COVID lockdowns.

Right out of the gate, we saw some high profile cases of celebrities buying cars and clothes with PPP money.

Then the government sent at least $1 billion to dead people, money which they made no effort to recover.

Click here and here to read the full stories.

Yelp places badge of dishonor on businesses accused of racism

The online review website Yelp is giving the woke mob a new tool to use.

When a business is accused of racism in a review, Yelp will place a large badge on the business page which says, “Business Accused of Racist Behavior.”

Yelp, of course, justifies the decision by proclaiming its own righteousness. They brag about all the support they’ve given to minority-owned businesses and all the donations and partnerships they’ve entered into with anti-racist organizations, and state they have zero tolerance for racism.

Sounds great. But they also seem to have zero tolerance for due process or the rights of the accused. This Jacobian policy makes it ridiculously easy for the mob to take down local businesses across the country, without any real process for adjudication.