An “arms race” is unfolding among criminal networks as gang wars intensify in Sweden, multiple criminal experts have warned.

Stockholm University researcher and author Sven Granath told Expressen an escalation of ‘feuding’ between rival gangs is likely to bring about increased collateral damage, as innocent civilians are caught in the “cross fire” of bombings and gun battles.

“There’s an arms race going on in the world of organized crime,” Granath said. “There are people who have been killed by explosive charges completely by mistake, and I think the risk of ‘getting in the way’ is greater when it comes to explosive charges.”

There have been nearly 100 explosions in 2019, so far – an increase of almost 50 percent from the same period in 2018, according to the Swedish Crime Prevention Council.

Manne Gerell, a criminologist at Malmö University, delivered a similarly concerned assessment in comments to SVT.

“Given that this is a true increase, it is really large and of course serious,” Gerell said. “Many people suspect that it is the same groups who are engaged in shooting and bombing. There you can imagine that some groups have started using explosives more than they did before.”

Let this sink in. There has been 100 bombings in just under 6 months.

This sounds like a war zone. Why isn't this bigger news?

Seven explosions have rocked the Scandinavian country in the past 10 days alone.

A massive explosion compared to a “meteorite strike” recently damaged some 250 apartments and injured roughly 20 people in Linköping, Sweden, in what police believe may have been an intentional bombing. 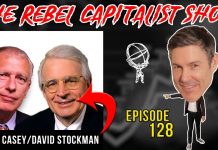