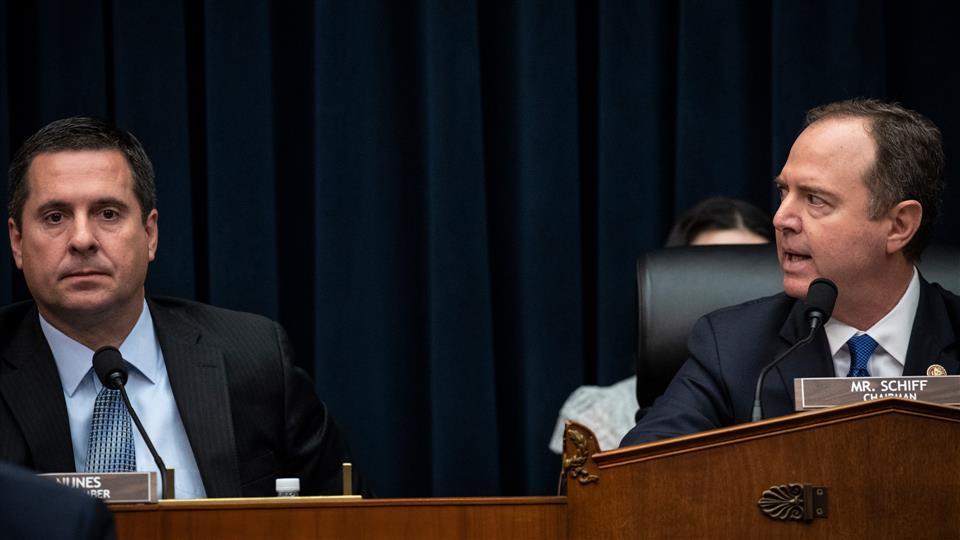 Remember when Hillary Clinton said that it would be a ‘direct threat to democracy‘ if Donald Trump refused to say he’d respect the results of the 2016 election?

Now picture Democrats doing exactly that for over two years, then losing big again when Special Counsel Robert Mueller and his team of “13 angry Democrats” found no collusion with Russia – and then balling their fists up for extra innings in a post-Mueller ‘witch hunt’ led by Democratic Congressmen Jerry Nadler (D-NY) and Adam Schiff (D-CA).

Oh – and you can throw a spineless Richard Burr of North Carolina in there two, as the GOP-controlled Senate Intel Committee he chairs is reportedly planning to continue the Russia investigation according to Tucker Carlson.

So the new narrative is more or less; ‘maybe Trump didn’t collude, but there’s probably a ton of damaging information in the Mueller report that they’re now covering up.’

In fact, according to the New York Times, an unspecified number of Mueller’s “13 angry Democrats” have privately expressed that Attorney General William Barr failed to adequately portray the findings of the Mueller report. The Times cites “government officials and others familiar with their simmering frustrations.”

Amazingly, it took five reporters from the Times to cobble together an anonymously sourced 1,300-word argument for why Barr is ‘creating the narrative’ which will ‘harden’ Americans’ views before the full report is made public.

In short, Democrats lost, then they lost again, and they continue to refuse to accept the outcome of legitimate government processes.

Keep in mind they now want to add more seats on the Supreme Court, lower the voting age to 16, and let noncitizens vote. In other words, if at first you don’t succeed, and then you keep losing, throw an endless tantrum and move the goalposts.

To that end, the Wall Street Journal Editorial Board has opined on sore losers, moved goalposts and how the Trump DOJ is now inventing a cover up.

Via the Wall Street Journal Editorial Board

Democrats are still reeling from Special Counsel Robert Mueller’s conclusion that the Trump campaign did not collude with Russians in 2016. But they’ve now hit upon a political comeback strategy: Accuse Attorney General William Barr of a coverup.

That’s the context for Wednesday’s decision by House Democrats to authorize subpoenas, on a partisan vote, demanding that Mr. Barr immediately hand over the entire Mueller report and its supporting evidence. This is intended to give the impression, abetted by a press corps that was fully invested in the collusion story, that Mr. Barr is somehow lying about Mr. Mueller’s real conclusions.

That’s preposterous, since Mr. Barr’s four-page letter quotes directly from Mr. Mueller’s report. The AG surely understood on releasing the summary of conclusions last week that he would be open to contradiction by Mr. Mueller if he took such liberties. Mr. Barr also knew he’d be called to testify before Congress once the rest of the report is released.

Mr. Barr has committed to releasing as much of the report as possible subject to Justice Department rules. He’s working with the special counsel’s office to make redactions required by grand-jury rules of secrecy, intelligence sources and methods, ongoing investigations, and “the personal privacy and reputational interests of peripheral third parties.”

Congress has no automatic right to more. The final subparagraph of DOJ’s rule governing special counsels reads: “The regulations in this part are not intended to, do not, and may not be relied upon to create any rights, substantive or procedural, enforceable at law or equity, by any person or entity, in any matter, civil, criminal or administrative.”

Mr. Barr has made clear that he appreciates the public interest in seeing as much of Mr. Mueller’s report as possible. Yet his categories of information for review aren’t frivolous or political inventions. The law protecting grand-jury secrecy is especially strict, as even Democrats admit.

House Intelligence Chairman Adam Schiff recently tweeted that “Barr should seek court approval (just like in Watergate) to allow the release of grand jury material. Redactions are unacceptable.” This is an acknowledgment that the government must apply to a judge for permission to disclose grand-jury proceedings.

A judge can grant release in certain circumstances—namely to government attorneys who need the information for their duties. None of the secrecy exceptions permit disclosure to Congress or the public. The purpose of this secrecy is to protect the innocent and encourage candor in grand-jury testimony.