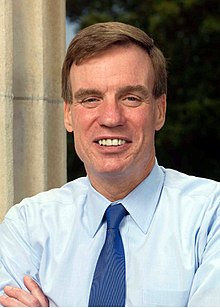 Senate Democrats are circulating a proposal based upon their claim of Russian hacking that will completely takeover the internet and social media which has been leaked. They are adopting the EU approach to silence political criticism. They claim it is necessary, just as the EU argued, that they must act to prevent Russian hackers and “restore” the people’s trust our institutions, democracy, and the free press. They are proposing comprehensive GDPR-like data protection legislation following the EU. They are calling it a proposal for “Regulation of Social Media and Technology Firms,” and the draft was created by Sen. Mark Warner.

The entire regulation is based upon Russians and it claims they are deliberately spreading disinformation. To justify this act, they also point back to the old Soviet Union stating that attempted to spread “fake news” denigrating Martin Luther King. Despite the Democrats and their campaign to start World War III over Hillary’s emails, of which nobody denied were fake just hacked, their proposal is effectively to shut down anything they can call “hate speech” targeted at them, not Trump of course.

Warner’s paper suggests outlawing companies who fail to label bots and impose Draconian criminal penalties and huge fines. Effectively, he wants people to pay for everything. He wants full disclosure regarding ANY online political speech. He even wants the Federal Trade Commission to have unbelievable power and require all companies’ algorithms to be audited by the feds as if they even have qualified staff to conduct such audits. On top of that, he has proposed tech platforms above a certain size MUST turn over internal data and processes to “independent public interest researchers” so they can identify potential “public health/addiction effects, anticompetitive behavior, radicalization,” scams, “user propagated misinformation,” and harassment—data that could be used to “inform actions by regulators or Congress.” This is a complete violation of both the First and Fourth Amendment. They want the same mechanisms in Europe where anyone can complain and demand the content be taken down or subject to fines that can confiscate all assets.