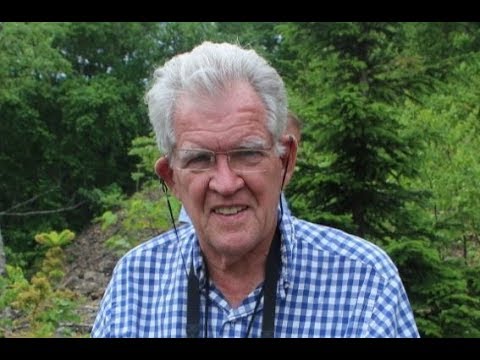 Bob Moriarty of 321 Gold, in a wide-ranging conversation with Maurice Jackson of Proven and Probable, discusses issues from North Korea to Bitcoin. Maurice Jackson: Joining us for a conversation is Bob Moriarty, the founder of 321gold, and 321energy.com, and the author of two of my personal favorite books, “The Art of Peace,” and “Nobody Knows Anything.” Welcome to the show.

I recall when President Trump took office, you shared he will either be the best president or the worst president we’ve ever had. Now I don’t know where he fits into that narrative for you so far, but I have to say that President Trump is not afraid of breaking paradigms. There are series of geopolitical events occurring right now, that have the world’s attention, and I’d like to get your thoughts regarding those. Beginning with the G7 Summit, which just concluded last week. And it got a little testy, if you will, between the United States and the other members, in particular Canada. Give us your thoughts on why these events unfolded, and what do you see being the likely outcome?

Bob Moriarty: The interesting thing, Maurice, is if you remember back, I said that he would either be the best and/or the worst president in U.S. history. And it really appears to be that he’s trying to do both of them the same time. Now to the extent that some of the complaints are absolutely legitimate. Canada has duty on dairy products bearing between 270 and 298%. Trump is absolutely correct to say that’s wrong, and you should change it.

The United States has given its manufacturing away over the last 20 years. Clinton did it, Bush did it, Obama did it. And Donald Trump said no more. But at the same time, when you sit down at the negotiating table and when you pull a pin on a hand grenade, that’s not a real effective way of negotiation. So, he’s correct to say that Canada needs to change their tariffs, especially on dairy.

But his name calling, the whole Twitter thing. I mean, somebody needs to bust the guy’s twitter thumbs. It’s embarrassing to have someone who believes you conduct business of any kind on an iPhone.

Maurice Jackson: I personally feel the same way. I think is very unprofessional, and it lacks class. I’m certainly in the camp with that on. Fitting into this narrative as well, are we officially in a trade war? And if yes, is this just the beginning? And how’s it all going to play out?

Bob Moriarty: Here is where it’s interesting. I think that in every economics course that I’ve ever heard of and I’ve ever taken, everyone agrees trade wars are all negative. We absolutely are in a trade war, and that’s going to turn around and bite us on the ass. The world’s financial system is much too unstable for anybody to go in and yank the rug right out from underneath it. And Trump varies from one extreme to the other. And trying to figure him out, and not just having to go negotiate, but how to deal with him. It’s just especially difficult.

Now, the one thing that people need to realize is that the EU overall, the G6, is actually a bigger economy than the U.S. economy. So pretending that the U.S. could do anything it wants to because it’s the world’s biggest economy is fiction. And this whole thing with Iran is quite interesting, because if Germany and France and England had any sense they would go to Iran and say look. You made an agreement. You stuck to the agreement, and we’re going to trade with you.

Maurice Jackson: The question is, will these allies of the United States have the resolve in fortitude to actually take that step and say “enough”?

Bob Moriarty: Well, the interesting thing is Trump is doing exactly what you would do if you wanted to force people into action. I mean, if he insults them long enough and hard enough and he breaks enough agreements with them, they’re going to say, hey, we have to operate in our own self-interest. They shouldn’t do it because it makes sense, but they’d been used to operating under the United States’ nuclear umbrella for so long that they’ve forgotten that sovereign countries have their own.

Maurice Jackson: Slightly shifting gears here, what are your thoughts on this week’s historic meeting between the U.S. and North Korea?

Bob Moriarty: I’m glad that they had the meeting, but to the degree that we know, mainstream media lies about everything. I think that it will be weeks or months before we really understand the ramifications of it. I absolutely would like to see the nuclear weapons in North Korea disposed of. I’d actually like to see North Korea and South Korea reunite. There’s no reason for them to be separate countries. But that’s up to North Korea and South Korea.

Maurice Jackson: For those that are opposed to Donald Trump right now, and see this as a bad move. What is the actual bad move? What is the narrative that they’re trying to get out?

Bob Moriarty: Oh, they hate Trump. But that’s the deep state that wants to stay in a state of perpetual war, and wants to dominate the rest of the world. And that’s very dangerous.

Maurice Jackson: Switching gears before we close here, do you have time to discuss Novo Resources Corp. (NVO:TSX.V; NSRPF:OTCQX) and Bitcoin with us?

Bob Moriarty: Yes, indeed. Novo Resources came out with two more assays a few weeks ago and the reaction was negative again, because people don’t really understand it. But the problem with Novo is that they’re fighting on so many fronts. It’s a very difficult gold to measure. When you have very nuggety gold, you can’t measure it except by mining. And they’ve had five assays in a year, and investors are naturally bored silly. They don’t know what’s going on.

They are seeing technical issues trying to measure the gold. There’s the legal issue of trying to comply with JORC and with 43-101. There’s a legal issue of coming up with agreements with the natives. So, it’s not easy. One of the things that I wish is that we could go back 50 or 100 years. If we went back 100 years, Novo would have been in production 18 months ago. The deposit they have is not difficult. They’ve got a real good idea of where the gold is, they know how to extract it, and that’s exactly what they should be doing. 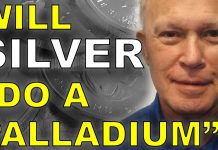